Stamps.com Inc. (STMP) was one of the bearish stocks mentioned by Jim Cramer during the Lightning Round last night on Mad Money. Let's check on the charts and indicators to see how weak they could get.

In this daily bar chart of STMP, below, we can see that prices have made a round trip of sorts. In February STMP was trading around $180 before it rallied to $280 in June. From June to early August STMP could not sustain itself above $280 and now it is back down around $180. Prices are trading below the declining 50-day moving average line and the flat 200-day line. The 50-day line crossed below the 200-day line last month for a bearish dead cross. The daily On-Balance-Volume (OBV) line peaked in July and its decline tells me that sellers of STMP have been more aggressive. The Moving Average Convergence Divergence (MACD) oscillator is in sell territory but could cross to the upside for a cover shorts signal.

In this weekly bar chart of STMP, below, we can see that prices tripled in the past three years. Prices, however, are now below the declining 40-week moving average line. The weekly OBV line has been bearish since July. The weekly MACD oscillator went to an outright sell signal last month.

In this Point and Figure chart of STMP, below, we can see a bearish price target of $132. 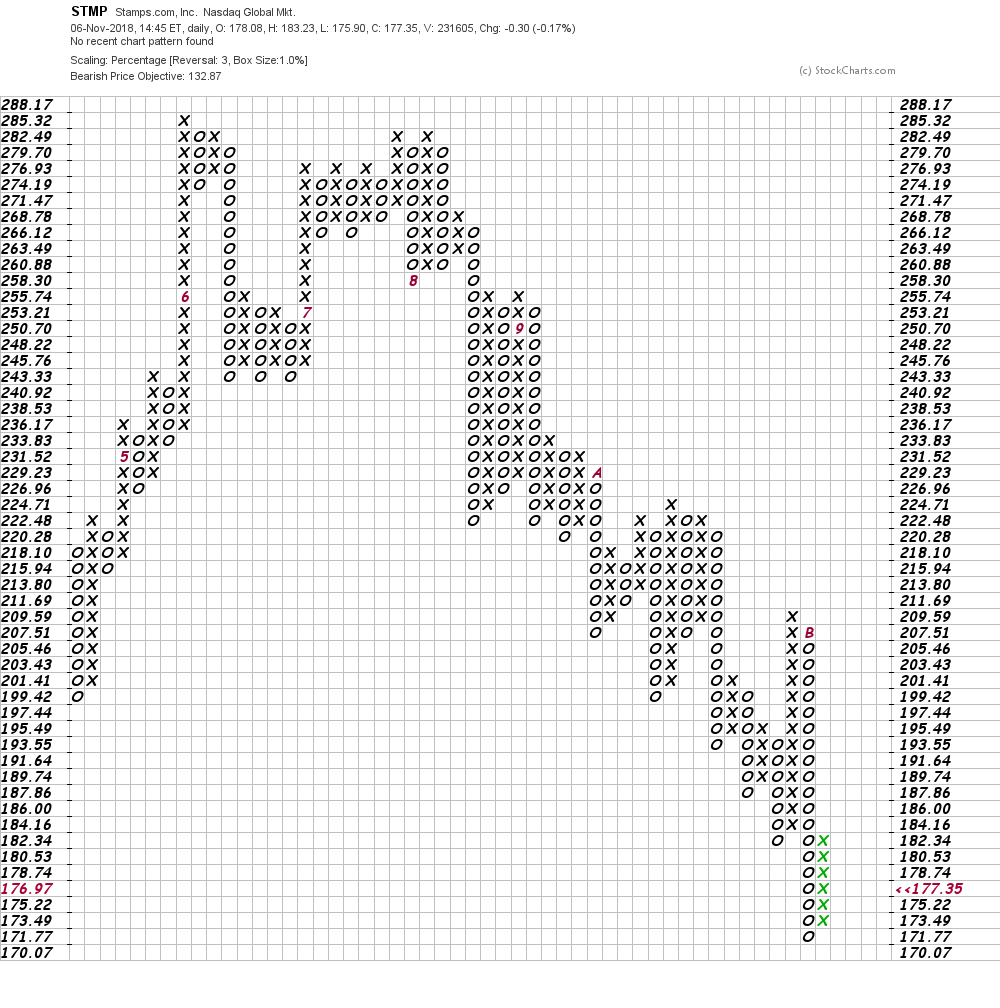 Bottom line strategy: STMP could bounce in the short run but the bigger picture suggests further losses to the $130 area in the weeks ahead.