Planet Fitness (PLNT) looks like it is losing its (bullish) shape on the charts. Let's check out the charts but remember to be careful with the barbells and dumbbells.

In this daily bar chart chart of PLNT, below, we can see that the price of PLNT has been "rolling over" the past four months or so. The 50-day moving average line has moved from an up trend in April to a neutral or flat trend in July to a downtrend now.

Prices are below the declining 50-day line and we saw a dip the other day towards the rising 200-day line.

The daily On-Balance-Volume (OBV) line has been declining from May, telling us that sellers of PLNT have been more aggressive.

The Moving Average Convergence Divergence (MACD) oscillator has just moved below the zero line for an outright sell signal.

In this weekly Japanese candlestick chart of PLNT, below, we see some upper shadows at or near $80 signalling that sellers have been rejecting the gains above the level.

We can see the test of the rising 40-week moving average line and the weakness in the weekly OBV line from early June.

The MACD oscillator is in a bearish pattern and take profits sell signal.

In this Point and Figure chart of PLNT, below, we can see a potential downside price target of $56 being projected. That's a 1000 calorie diet and workouts every other day. 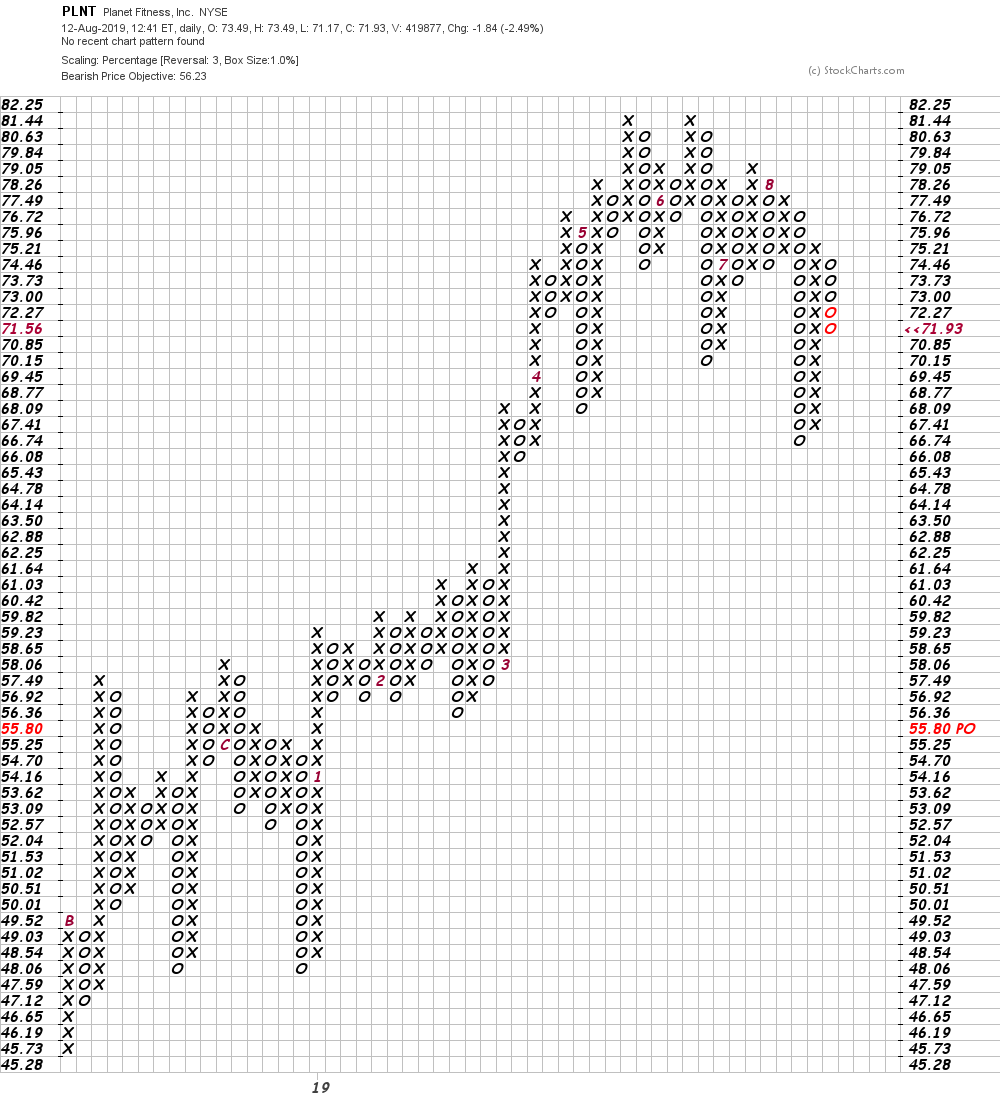 Bottom line strategy: The chart of PLNT looks like it is going to drop a few sizes. A close below $70 is likely to precipitate losses. Sell down to a sleeping position.

Get an email alert each time I write an article for Real Money. Click the "+Follow" next to my byline to this article.
TAGS: Investing | Stocks | Technical Analysis | Trading | Consumer Discretionary