On Fridays during earnings season, Jim Cramer identifies key stocks that are reporting in the upcoming week. Jim noted that on Wednesday we get numbers from Paychex (PAYX) , the small business payroll processor that has seen its shares cut nearly in half as many small businesses cease operations.

Let's check the charts of PAYX to see how much damage has been done and whether the worst is behind us.
In this daily Japanese candlestick chart of PAYX, below, we can see that prices made a long and relatively narrow sideways price pattern from April. Prices stayed above the rising 50-day and 200-day moving average lines until late February when they began a sharp decline from around $90 to around $50 - not quite a 50% decline.
Trading volume has really soared into last week's low. The slopes of both the 50-day moving average line and the 200-day moving average line have turned negative with the 50-day moving below the 200-day line for a bearish death cross sell signal.
The On-Balance-Volume (OBV) line has turned lower from late February but only shows a minor decline compared to the price. The 12-day price momentum study shows that prices have yet to slow their descent. No bullish divergence yet from the momentum study.

In this weekly Japanese candlestick chart of PAYX, below, we can see a mixed picture. Prices have certainly declined and the slope of the 40-week moving average line is now negative, but notice the long lower shadow on the most recent price bar? Prices have really rejected the lows and that is a positive.
The weekly OBV line made a peak way back in early 2019 but overall does not show much of a decline in recent weeks. I guess we can count that as a slight positive.
The 12-week price momentum study shows a big decline and no slowing yet in the pace of the decline.

In this first Point and Figure chart of PAYX, below, we used daily price data and can see that prices have reached and exceeded the downside price target of $62. 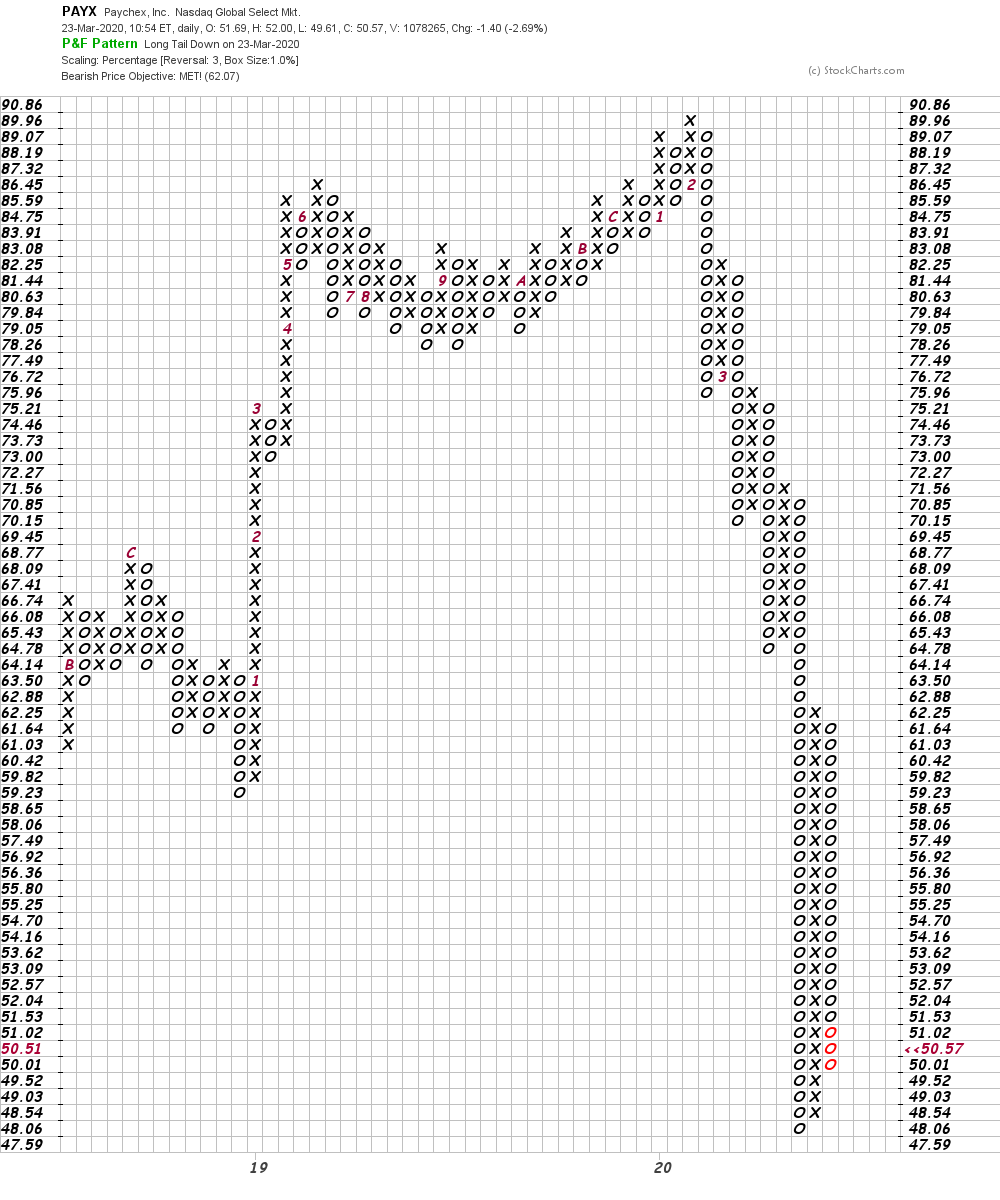 In this second Point and Figure chart of PAYX, below, we used weekly price data and a traditional even dollar increment to create this long-term picture. The chart shows a potential downside price target of only $13 but the volume by price data on the left scale shows potential support in the upper $20's. 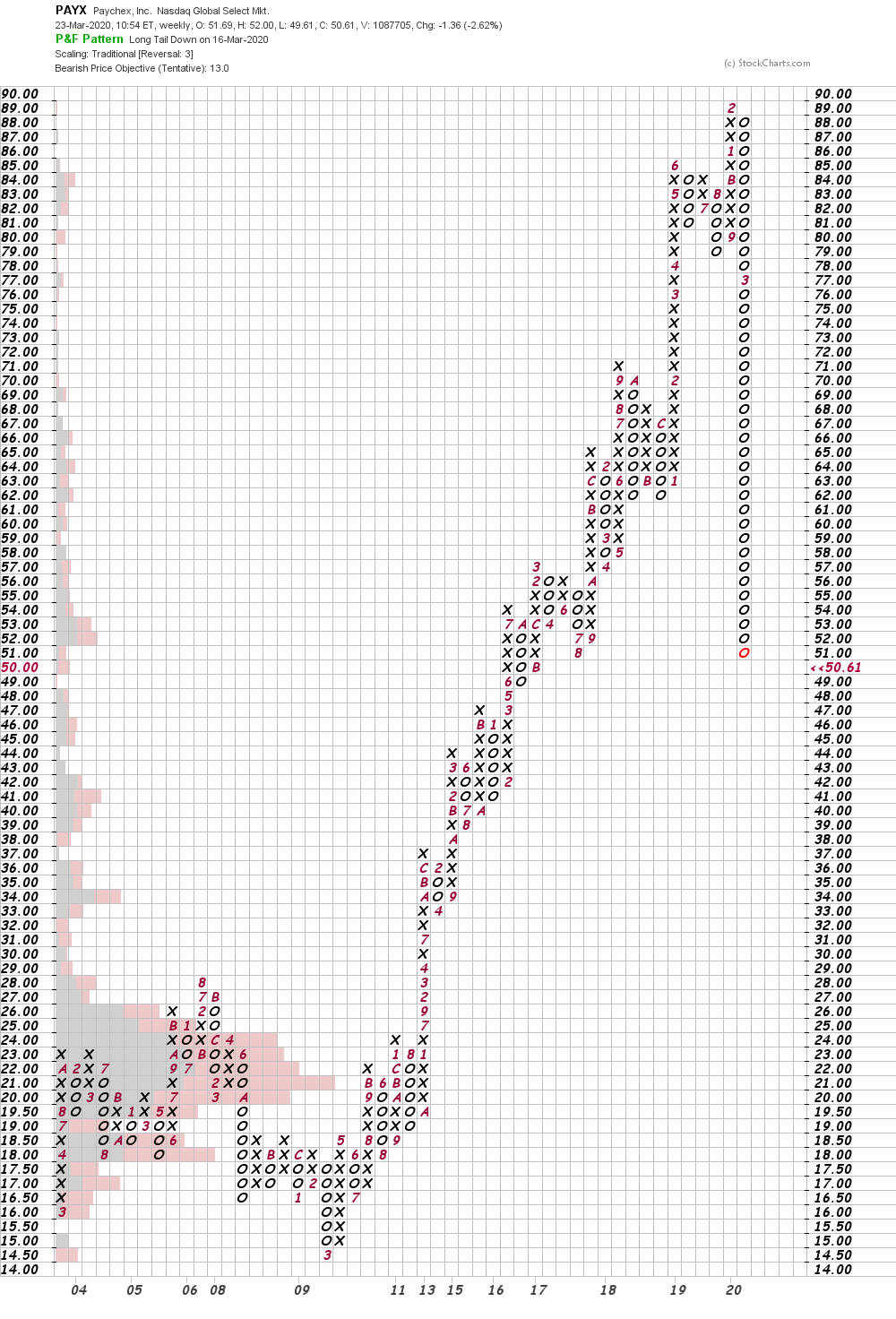 Bottom line strategy: The charts of PAYX are mixed. I get a sense that individuals that email me and analysts that I read online are focusing more on the downside as they gloss over clues that could help identify lows. When you have a loss on a stock you write and analyze different from when you have a gain in a stock or no position. Simple human behavior. More lower shadows on PAYX will help to identify a potential low.
Get an email alert each time I write an article for Real Money. Click the "+Follow" next to my byline to this article.
TAGS: Investing | Stocks | Technical Analysis | Trading | Financial Services | E-Commerce | Mad Money | Earnings Preview