Even in areas where the economy has reopened, people are still afraid of getting sick, Jim Cramer told viewers of "Mad Money" Wednesday night. That means it will be a long road toward economic recovery. And that's why the stay-at-home stocks like Livongo Health (LVGO)  rallied Wednesday.

Let's check out the charts and indicators of LVGO, which runs a data-based health coaching program.

In this daily bar chart of LVGO, below, we can see that the company went public in late July. Prices initially declined into early October and then formed a sideways base pattern into early April. LVGO broke out in April to the upside and has continued to rally into June. The On-Balance-Volume (OBV) line led prices on the upside and began its ascent in March. The slopes of both the 50-day moving average line and the 200-day moving average line are positive. The Moving Average Convergence Divergence (MACD) oscillator turned bullish in early April. This oscillator has been pulling back from late May and now looks poised for a new buy signal.

In this weekly bar chart of LVGO, below, we can see a positive picture despite the limited price history. Prices are above the rising 40-week moving average line. The weekly OBV line is moving upward, telling us that buyers of LVGO have been more aggressive in this time frame. The MACD oscillator is bullish.

In this daily Point and Figure chart of LVGO, below, we can see a potential upside price target in the $94 area. 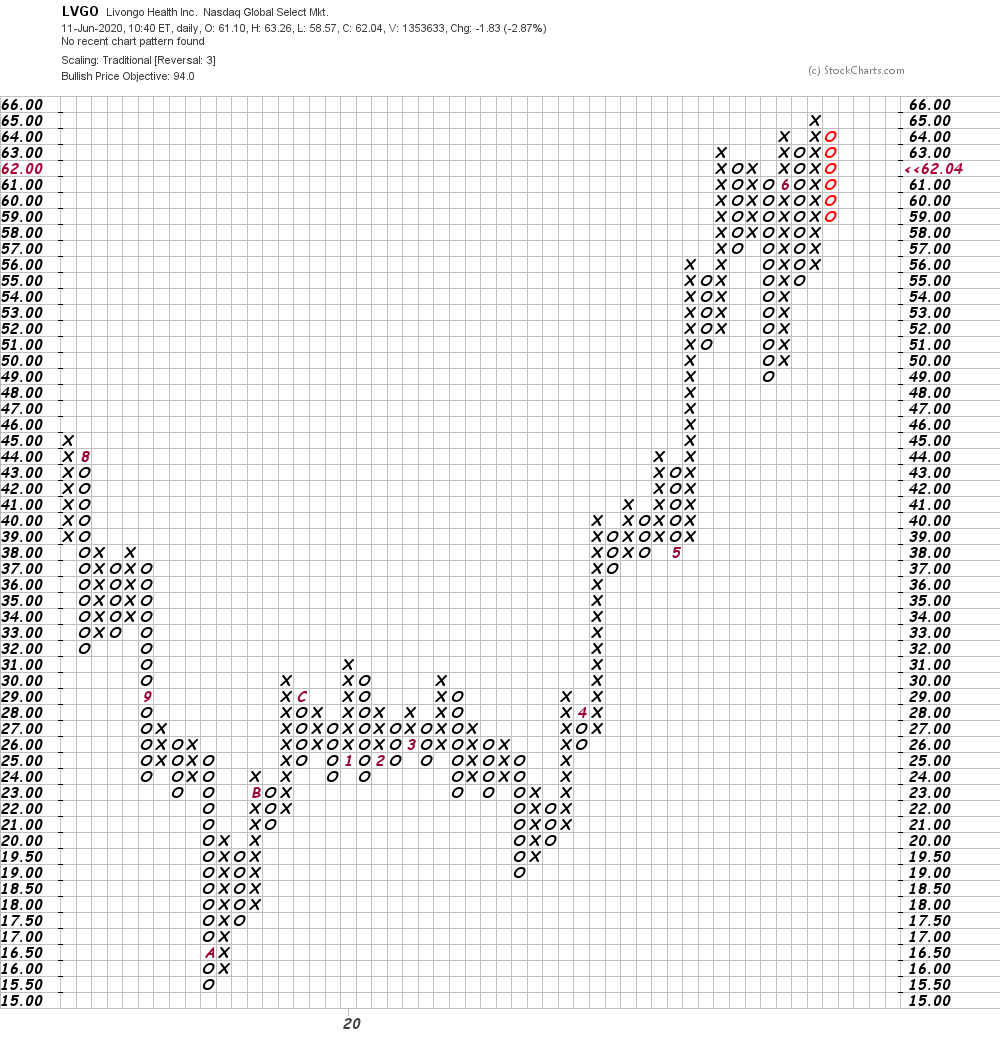 Bottom line strategy: The long side of LVGO still looks attractive with a higher price target from the Point and Figure chart. Aggressive traders could go long LVGO below $60 risking a close below $53. The $94 area is our P&F price objective.

Get an email alert each time I write an article for Real Money. Click the "+Follow" next to my byline to this article.
TAGS: Investing | Technical Analysis | Health Care Equipment & Services | Healthcare | Mad Money