General Mills (GIS) , the consumer foods giant whose products include cereals and soups, will post earnings on Wednesday. We were very disappointed with our review and buy recommendation on Dec. 20, as prices eventually declined to our suggested $64.50 sell-stop.

In this weekly Japanese candlestick chart of GIS, below, we see what could be a precarious setup. Prices made a long red (bearish) candle at the beginning of March and prices closed below the 40-week moving average line. The second candle in March is a spinning top, but this is not enough to generate a reversal. The OBV line shows a rise from August, but its advance appears to be struggling now. The Moving Average Convergence Divergence (MACD) oscillator has crossed to the downside for a take-profit sell signal.

In this daily Point and Figure chart of GIS, below, we can see a potential downside price target in the $56 area. 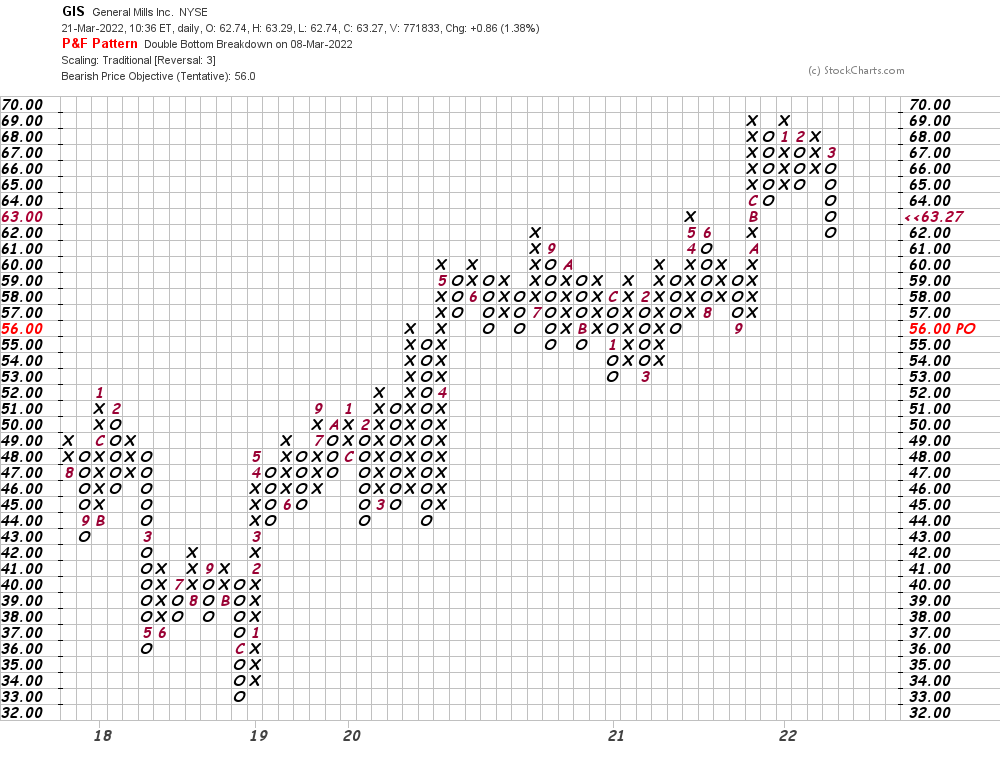 In this weekly Point and Figure chart of GIS, below, we used a five box reversal filter. Here the software projects the $46 area as a potential price objective. 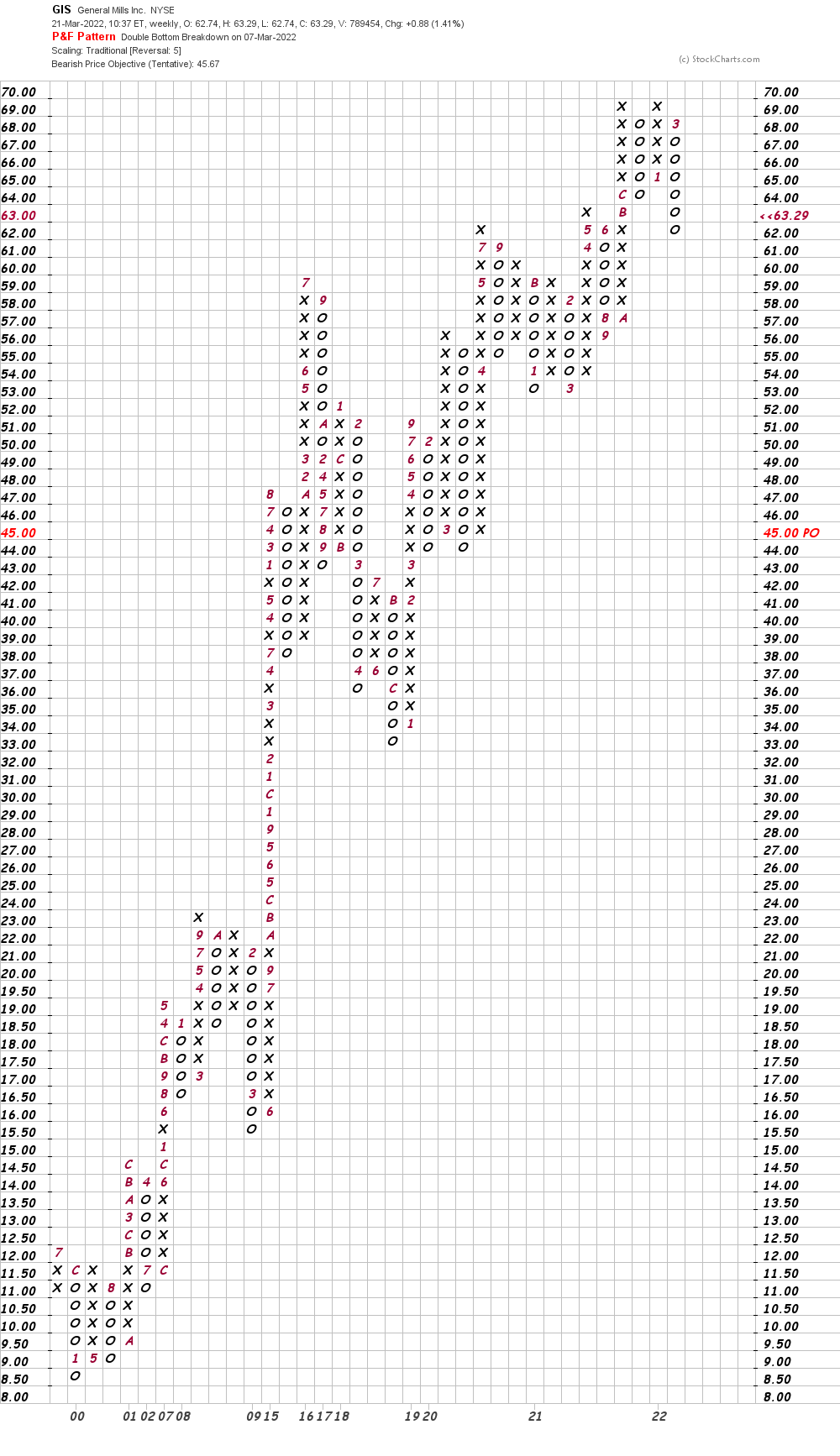 Bottom line strategy: I have no special knowledge of what GIS is going to tell shareholders on Wednesday. The charts look weak at this point and traders should avoid the long side of GIS.
Get an email alert each time I write an article for Real Money. Click the "+Follow" next to my byline to this article.
TAGS: Investing | Technical Analysis | Food & Staples Retail | Consumer Discretionary | Earnings Preview