For his final "Executive Decision" segment of Mad Money Thursday evening, Jim Cramer checked in with Shantanu Narayen, chairman, president and CEO of Adobe (ADBE) , the cloud software provider that just posted a 13-cents-a-share earnings beat on a 14% rise in sales.

Narayen said Adobe's strength comes from the diversity of their product portfolio. As the world moved from the office to the home, Adobe's products were used by individuals and businesses alike to tell their stories.

Let's check out the charts and indicators and see what sort of story they are telling us now.

In this daily bar chart of ADBE, below, we can see that prices have fared much better than many other companies in the past 12 months. In the February-March decline ADBE retested its October low but did not break it. Prices have since quickly recovered and gone on to make new highs. ADBE is trading above the rising 50-day moving average line and the rising 200-day moving average line.

The daily On-Balance-Volume (OBV) line made only a modest decline in February and March telling us there was some aggressive selling on the decline but not a "rush for the doors."

The trend-following Moving Average Convergence Divergence (MACD) oscillator moved to a sell signal in March but was back with a buy signal in the middle of April.

In this weekly bar chart of ADBE, below, we can see the price action over the past three years. There have been three times when ADBE has traded below the rising 40-week moving average line and prices recovered all three times.

The MACD oscillator has made higher lows three times and is in a bullish alignment.

In this daily Point and Figure chart of ADBE, below, we can see that prices have reached a price target around $401. 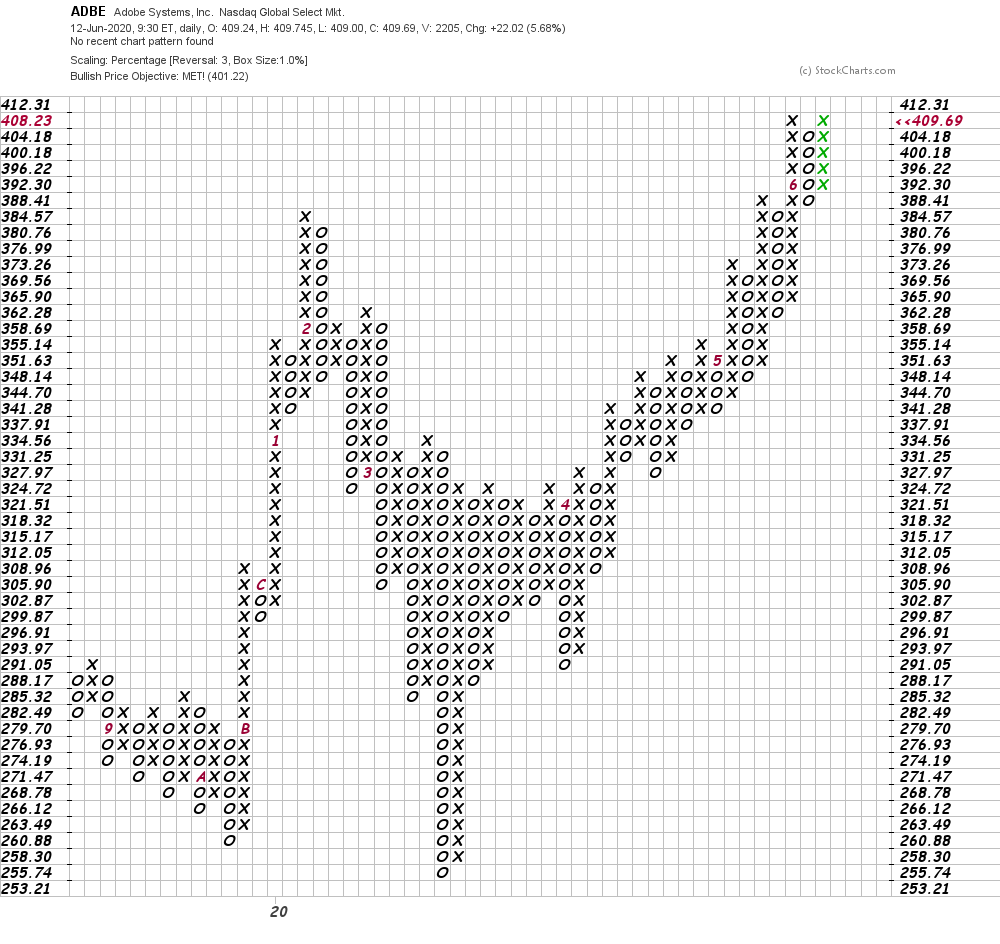 In this weekly Point and Figure chart of ADBE, below, we can see that the software is projecting a $464 price target. 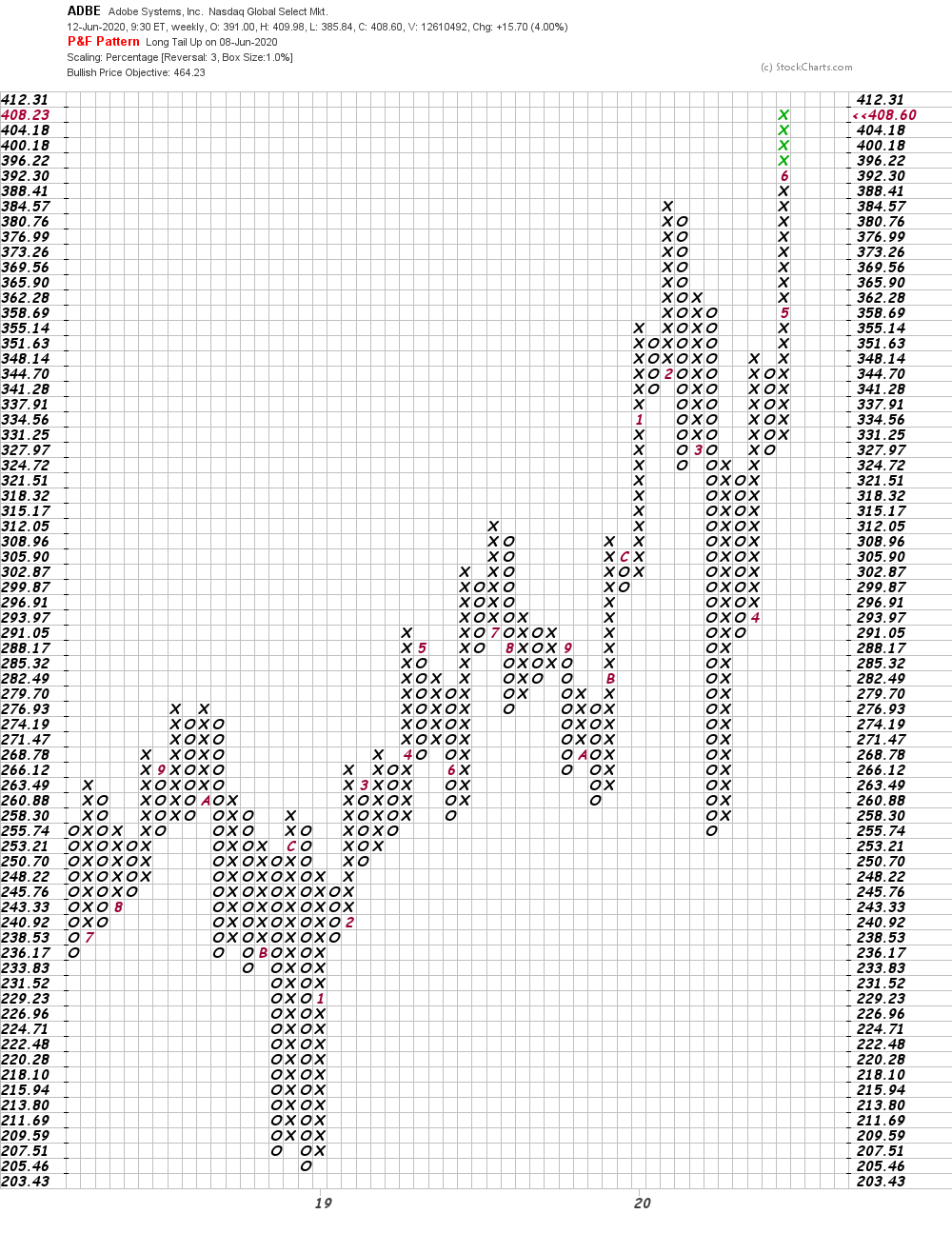 Bottom line strategy: The price charts of ADBE are still pointed here. Continue to trade from the long side risking a close below $380.

Oversold Market With General Gloom And Words of Caution

We have an oversold market with a minor positive divergence, general gloom and words of caution.