After some mixed and choppy action late last week and in the early part of this week, the bulls gained a toehold on Thursday and Friday. The bulls continued to brush off bad earnings news from the likes of Caterpillar (CAT) , Texas Instruments (TXN) , Twitter (TWTR) , and Amazon (AMZN) , and cheer strong reports, particularly in the semiconductor group, with Intel (INTC) jumping higher on heavy volume and into its big gap from back in late-April.

Of course, there were headlines about "headway" on "some sections" of the phase one China trade deal. Although there's nothing really substantive there, it was enough to trigger an upside squeeze that sent the S&P 500 and Nasdaq 100 back towards highs set back in July.

At this point, the market is again a little extended on a short-term basis and resistance looms overhead. The broader indices could use some backing-and-filling here, but what's been most impressive lately has been the overall improvement in the charts. I continue to find names that are in position to move past various resistance levels after developing solid bases over the past few months, and I've got a couple more to share below.

Looking forward, we have more heavy-hitters on deck next week, including Facebook (FB) , Apple (AAPL) , and Alphabet (GOOGL) .  We'll see if any downside surprises provide a catalyst for the indices to reverse from resistance, but it was an impressive showing for the troops this past week.

Let's take a look at a couple of charts. 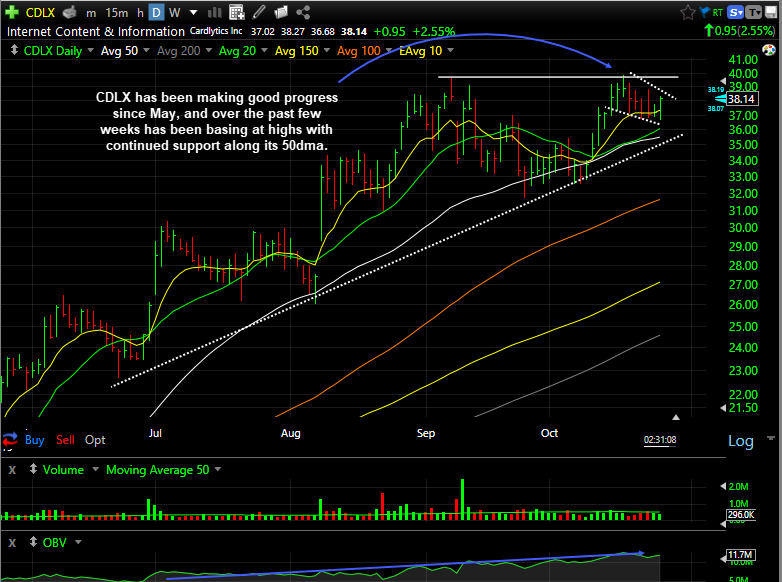 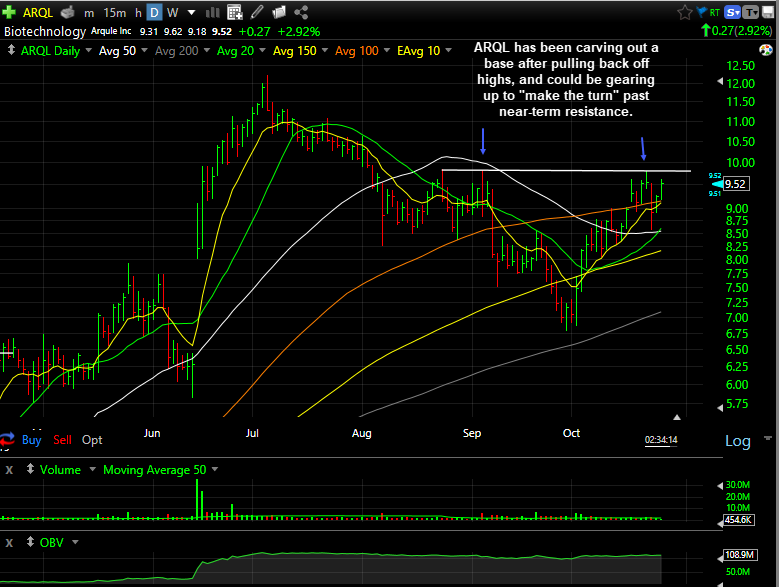 Have a great weekend. RevShark will be back on Monday.

Get an email alert each time I write an article for Real Money. Click the "+Follow" next to my byline to this article.
TAGS: Earnings | Investing | Markets | Stocks | Technical Analysis | Trading