Kraft Heinz (KHC) has been basing/stabilizing since March and that sideways price action is likely to continue longer. KHC suffered a serious decline from early 2017 and that sort of loss can require a longer-than-normal period of rebasing and rebuilding before a new uptrend is revealed. Let's check out the latest charts and indicators of KHC.

In this daily bar chart of KHC, below, we can see that prices are now above the rising 50-day simple moving average line. Prices are also above the 200-day moving average line but the trend of this indicator is still negative or bearish. The level of trading volume has not significantly picked up since the nadir in August.
The On-Balance-Volume (OBV) line has been mostly flat since March but does show some improvement from the middle of August. Buyers may be slowly doing more aggressive buying but this process needs more development.
The Moving Average Convergence Divergence (MACD) oscillator is above the zero line in positive territory but it is not pointed upwards - not a strong picture.

In this weekly bar chart of KHC, below, we can see that prices have recently moved above the 40-week moving average line but the slope of the line has still not turned positive.
The weekly OBV line has traded sideways since March which tells us that prices have stabilized but are not strong enough to start a sustained uptrend.
The MACD oscillator is moving up fast for a test and potential break of the zero line but it has yet to happen.

In this Point and Figure chart of KHC, below, we can see that prices have outlined a potential base pattern with a possible $37-$38 price target. A price target does not mean that prices are ready to rally but this is the price potential IF prices start a rally. 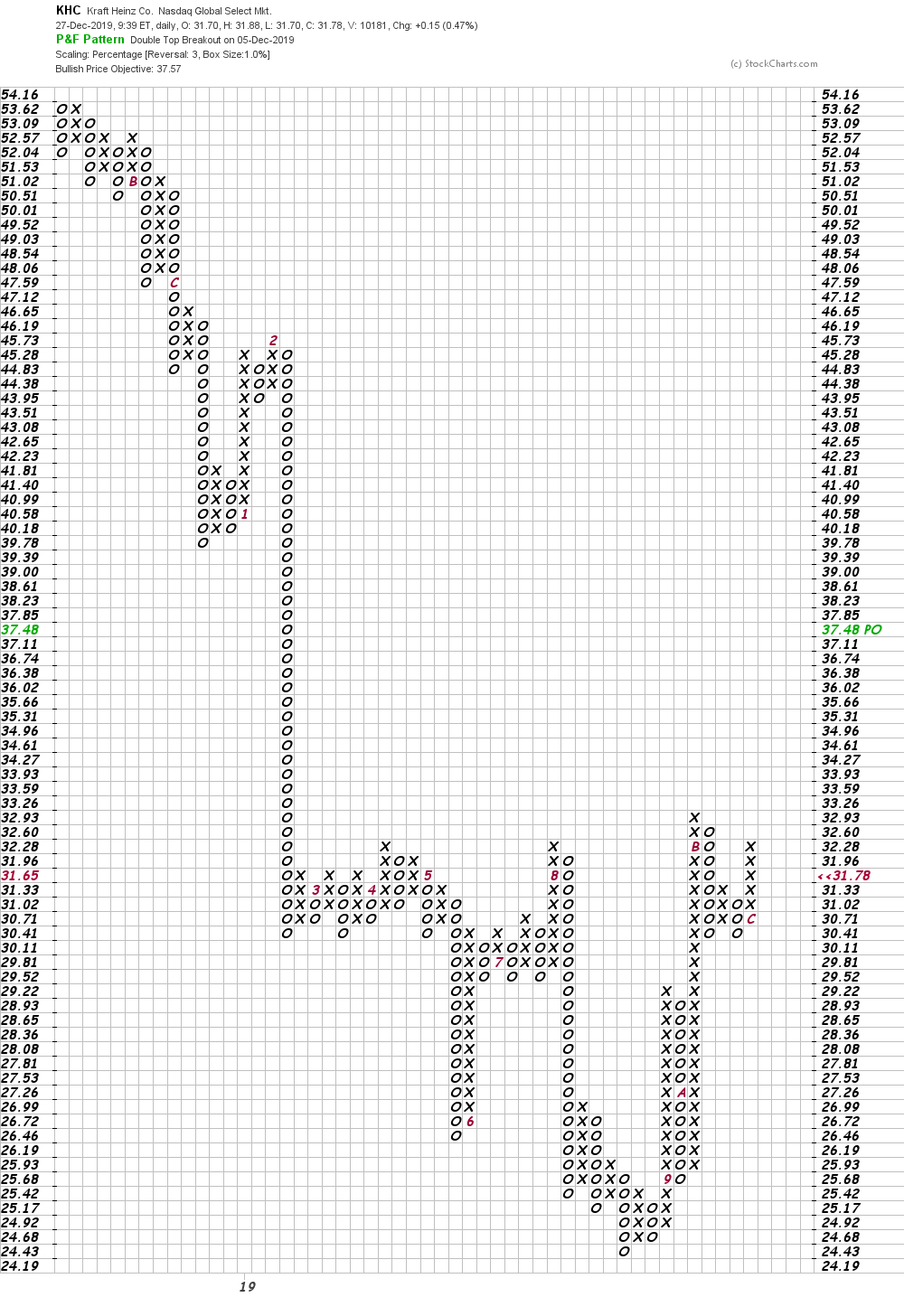 Bottom line strategy: The broad market has been on a bull romp since early October but the buying has not spread in a big way to KHC. The basing pattern on KHC is likely to continue so I am in no rush to recommend a long position.
Get an email alert each time I write an article for Real Money. Click the "+Follow" next to my byline to this article.
TAGS: Investing | Stocks | Technical Analysis | Trading | Food & Staples Retail | Food & Drink | Warren Buffett