Back in August, I argued that Unity Software's (U) pending IPO was virtually tailor-made for the current market environment, given that it was both a gaming play and a high-growth software play.

One can make a case that Roblox, which filed to go public on Thursday under the symbol RBLX, checks off even more boxes for a tech IPO likely to see a ton of retail and institutional interest.

For those unfamiliar, Roblox runs a cloud-based platform for creating and playing casual games featuring 3D virtual worlds, as well as for creating virtual items that can be used within these games. The games, many of which are developed with kids in mind, can be played on PCs, iOS/Android devices and Xboxes.

Roblox monetizes its platform -- and lets game developers and virtual item creators make money -- by selling virtual currency (known as Robux) that can be used to buy virtual items and unlock game features/experiences. Discounts are provided to those who buy Roblox Premium subscriptions (they cost between $5 to $20 per month) that provide a user with additional Robux each month. 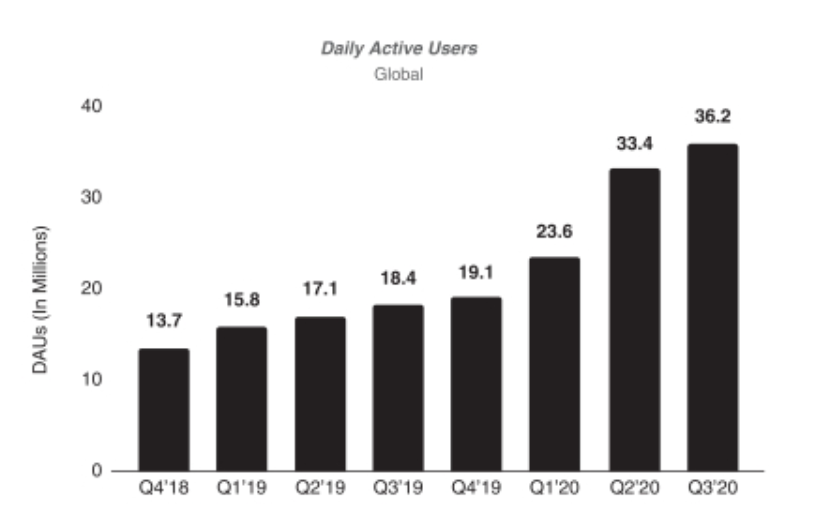 And though it might not seem that way at first glance, Roblox is making a fair amount of money right now.

Officially, Roblox posted a $205.8 million GAAP net loss over the first 9 months of 2020. But that's only due to ASC 606 accounting rules that require the company to recognize revenue from Robux purchases over an "estimated user lifetime" that currently stands at 23 months.

As a result, Roblox's bookings for the first 9 months of the year -- $1.24 billion -- were more than twice its officially reported revenue of $589 million, and it generated $292.6 million worth of free cash flow (FCF) over that time.

To summarize, Roblox is both a gaming play and a cloud platform play, is well-known among retail investors, is solidly cash-flow positive, and is for the moment seeing triple-digit top-line growth. Most IPO bankers couldn't come up with a better deal to pitch if they tried.

And there's one last cherry on top: Roblox, along with Epic Games' Fortnite, has been hyped up as a precursor to the metaverse -- an immersive 3D virtual shared space of the future that supports a wide variety of gaming and non-gaming experiences.

There are admittedly a few aspects to Roblox's story that in a different market environment might temper investor enthusiasm a little. First and foremost is the risk that Roblox's engagement levels and bookings will cool off once COVID-19 vaccines are widely available and schools fully reopen.

Second, the fact that Roblox's user base skews quite young -- 54% of its users are aged 12 or younger, and only 14% are aged 25 or older -- might limit how much headroom it has to grow its average bookings per DAU ($13.73 in Q3), at least unless it begins winning over older gamers on a much larger scale.

Also, though this might not be a truly massive risk given that Roblox is a platform provider rather than a game developer, one can't forget about how fickle the tastes of gamers have been over the years. Conceivably, new games and/or platforms could emerge that win over the hearts (and wallets) of a meaningful portion of Roblox's base.

But at a time like this? Markets are likely to look at Roblox's growth rates, FCF and exposure to hot investing themes and trends, and bid its shares to the moon.

In early October, Reuters reported that Roblox was eying an IPO valuation of around $8 billion. But judging by what Unity and various other high-growth software and gaming plays are valued at, that target easily looks too low.

Unity, which unlike Roblox isn't yet cash-flow positive, trades for more than 35 times its consensus 2021 billings estimate of $969 million. Roblox's bookings for its trailing 4 quarters total nearly $1.5 billion.

This article has been corrected to state that 14% of Roblox's used base is aged 25 or older, rather than 17%.