Though DoorDash's story does come with one rather big question mark attached, it's hard not to like a lot of the numbers shared in its IPO prospectus. Particularly given how they compare with those of its biggest rival.

DoorDash, which will be going public under the symbol DASH, is not only the biggest player in the U.S. restaurant delivery market, but is also now running at close to breakeven and generating positive cash flows.

In a vacuum, those numbers might not look all that impressive for a company that was valued at $16 billion in a June funding round and has seen demand soar in recent months. But they look more impressive when one remembers a few things:

Officially, Uber reported a $183 million Q3 adjusted EBITDA loss for its delivery business (Uber Eats). And that number would be a lot higher if one added in the delivery segment's fair share of Uber's "corporate G&A and platform R&D" and depreciation/amortization expenses, which totaled $510 million and $138 million, respectively.

Admittedly, Uber Eats, unlike DoorDash, operates in many international markets in addition to the U.S.. But the company hasn't given any indication that Uber Eats is close to profitable in the U.S. It has only said that some of its major U.S. markets are profitable on an adjusted EBITDA basis, which as shown here paints a very incomplete picture of Uber Eats' true profitability.

Along with apparently superior operational efficiency, DoorDash's superior U.S. scale helps out here. Research firm Edison International estimated DoorDash had a 50% share of the U.S. local food delivery market. That compared with a 26% share for Uber Eats, a 16% share for Grubhub (GRUB) and a 7% share for Postmates, which is set to be acquired by Uber. 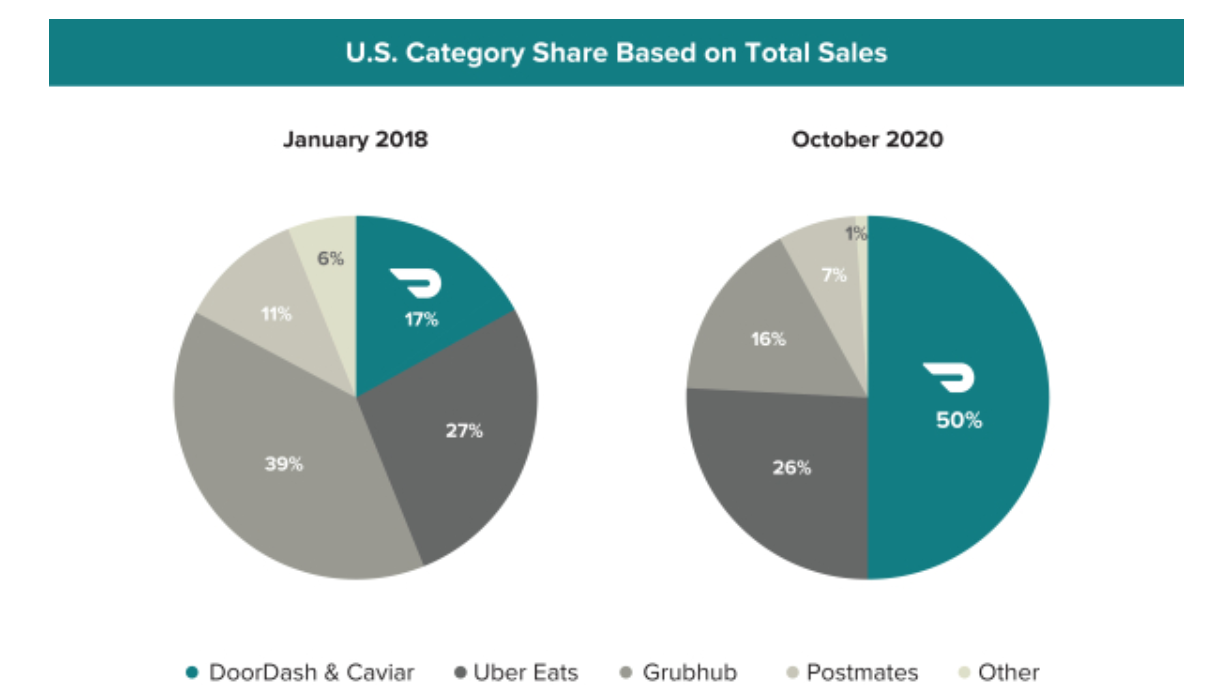 Going forward, DoorDash has a couple of levers to drive margin expansion outside of merely running more efficiently and growing its economies of scale.

One is driving greater adoption of its DashPass subscription service, which is now used by more than 5 million of DoorDash's 18 million-plus customers. DashPass costs $10 per month and provides zero delivery fees and reduced service fees for restaurants that support the service.

With DashPass incentivizing subscribers to order more frequently, and with DoorDash collecting relatively high commissions from restaurants that are part of DashPass, odds are good that the average DashPass sub is more profitable for DoorDash than the average customer who isn't subscribed to it.

The other lever is convincing more restaurants to sign up for in-app promotion. DoorDash obtains a higher commission from these clients.

The one giant unknown for DoorDash, whose revenue was up 268% annually in Q3, is of course how well business holds up once COVID vaccines are widely available. Though it's pretty unlikely that business will go all the way back to pre-COVID levels, and though it's quite likely that many of 2020's first-time DoorDash users will order again in future years, it's not hard to imagine demand dropping meaningfully from current levels as tens of millions of consumers get more comfortable dining out.

Moreover, if DoorDash's volumes significantly drop, so might its margins, given that its economies of scale will diminish and the number of orders delivered by drivers per hour will likely go down. 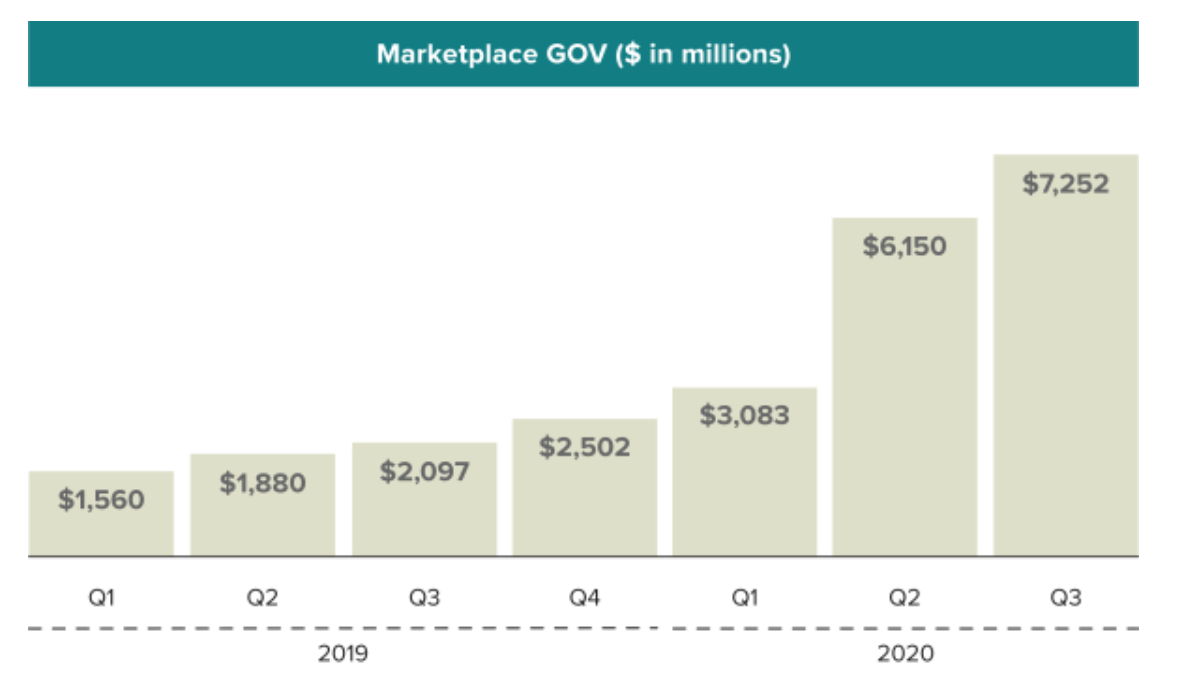 There's also perhaps some risk that Uber will eventually better leverage its ability to provide both ride-sharing and food-delivery services to customers to gain ground. The company's Uber Pass service -- it provides discounts on both ride-sharing and Uber Eats transactions, and is now available in every state except California -- represents a step in this direction, although its $25-per-month price makes it a tough sell for many Uber customers.

Finally, DoorDash hasn't broken out the revenue and gross profit contributions of its Drive business, which among other things handles a large portion of Walmart's (WMT) U.S. grocery delivery orders. There's some risk that Walmart, which isn't mentioned once in DoorDash's prospectus, could eventually move grocery deliveries in-house.

But with all that said, it's easy to see investors providing a very favorable reception to a company that's the clear leader in its core market, is running itself more efficiently than its top rival, has a well-known consumer brand, and is for the moment seeing tremendous growth. Given the market environment that DoorDash is going public in, its $16 billion June valuation might soon look quaint.

Get an email alert each time I write an article for Real Money. Click the "+Follow" next to my byline to this article.
TAGS: IPOs | Investing | Technology

The Kospi has shown dramatic volatility in the last year, but Seoul stocks now look undervalued, particularly those in in-demand sectors.