Though the situation might look different in a day or two, Disney's (DIS) new streaming service is currently dealing with a host of technical issues.

On Tuesday morning, the Disney+ streaming service launched in the U.S., Canada and The Netherlands across PCs, mobile devices and living room streaming platforms. And across all of these platforms, users have been reporting issues related to logging in, browsing Disney+'s library and streaming movies and shows.

After signing up for Disney+ on Tuesday, I tried using the service on three PC browsers and the iOS Safari browser, as well as via Disney+'s iPad and Android apps. Though the glitches varied some from one device to another, there were issues across the board.

Across three PC browsers -- Google Chrome, Mozilla Firefox and Microsoft Edge -- there were a number of instances where videos wouldn't stream and splash pages for shows and movies wouldn't load. And for a while at least, I wasn't able to log in at all on Firefox and Edge, with an error message coming up right after login credentials were entered. 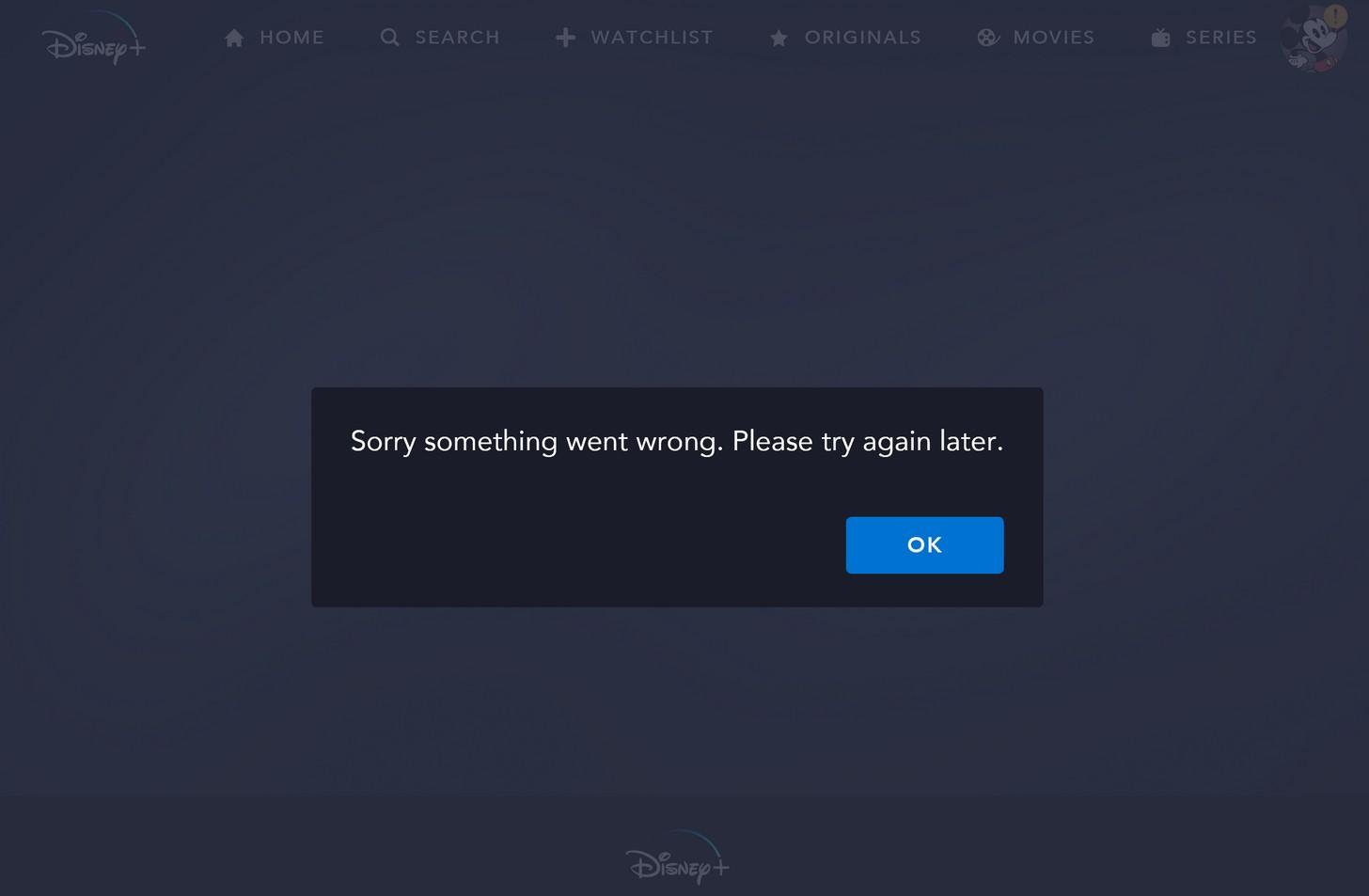 A Disney+ login error on a web browser.

The experience on the iOS Safari browser was a little better: I was able to log in without any issues, and a number of shows and movies managed to play. However, error messages did appear a few times when trying to play content, and the "Movies" and "Originals" failed to load when requested via the menu bar.

On the iPad app, adding content to one's watchlist was a hit-and-miss affair, with content being added on some occasions and an error message appearing on others. In addition, an "Unable to connect to Disney+" error appeared at times when trying to play content.

On the Android app, a "requested media is not available" error would sometimes appear. There were also instances of splash pages appearing blank, save for an image at the top.

There were also some errors that were common across all platforms. Among them: It was impossible to set up a second user profile (an error message of some kind always appeared), and attempts to browse through alphabetical lists of movies would be cut short somewhere in the middle (for example, in the "C" or "M" sections).

Those attempting to use Disney+ on TV streaming platforms such as Roku's (ROKU) Roku OS or Amazon.com's (AMZN) Fire OS have also reported seeing a slew of errors. For its part, Disney suggests the technical problems that Disney+ is currently facing stem from higher-than-expected usage, and insists that it's "working quickly" to address them.

In those instances where Disney+ did work properly, there was much to like about its user experience. Among other things:

At the same time, spending even a couple of minutes browsing Disney+'s library makes it clear that some of the worries about the service's competitive threat to Netflix (NFLX) are overblown. In line with promises by Bob Iger & Co. to avoid harming Disney's "family-friendly" brand, there's a complete absence or R and MA-rated movies and shows on Disney+. Adults subscribed to Netflix, which is still priced at a fraction of the cost of a typical U.S. pay-TV subscription, are bound to quickly notice that.

But whether or not they're signed up for Netflix, Disney+, which costs just $6.99 per month or $69.99 per year and supports four simultaneous streams per account, does offer a pretty good value proposition for families with children, and in some cases for adults who are fans of franchises such as Marvel, Star Wars and The Simpsons.

Now if only Disney can get the service to run properly.

(Disney and Amazon are holdings in Jim Cramer's Action Alerts PLUS member club. Want to be alerted before Jim Cramer buys or sells these stocks? Learn more now.)

Let's check the charts and indicators of this company that builds cloud applications for employees.