As expected, Apple's (AAPL) plans to launch Macs powered by its own processors took the spotlight during its 2020 WWDC keynote.

But the company also unveiled quite a few nuts-and-bolts software, services and UI improvements -- including some that take a page from what rivals are doing, and some that rivals probably wouldn't be able and/or willing to pull off.

Here are some key takeaways from Apple's 2020 WWDC keynote, which was streamed on YouTube on Monday.

1. Apple Argues There Will Be Several Benefits to Using its Own Mac Processors

Not surprisingly -- given the power efficiency of both its A-series systems-on-chip (SoCs) and many third-party processors relying on the ARM CPU instruction set -- Apple argues that using its own silicon will yield performance-per-watt improvements that in turn will improve MacBook battery lives. However, the company also suggested that (via internally-designed GPUs) it will be able to drive integrated GPU performance gains, as well as use co-processors to speed up tasks such as video-processing and the running of trained AI models.

Apple also asserts that it will be easy for iOS and iPadOS developers to rewrite their apps to run on ARM-powered Macs. And though this will work better for some apps than others, given UI and (potentially) screen-size differences, Apple promises that ARM-powered Macs will be able to natively run iPhone and iPad apps, which it will make available through the Mac App Store.

One other likely benefit that went unmentioned: Even after accounting for R&D expenses, Apple could save hundreds of millions of dollars per year by using internally-designed Mac processors manufactured by Taiwan Semiconductor  (TSM) rather than Intel (INTC) processors. 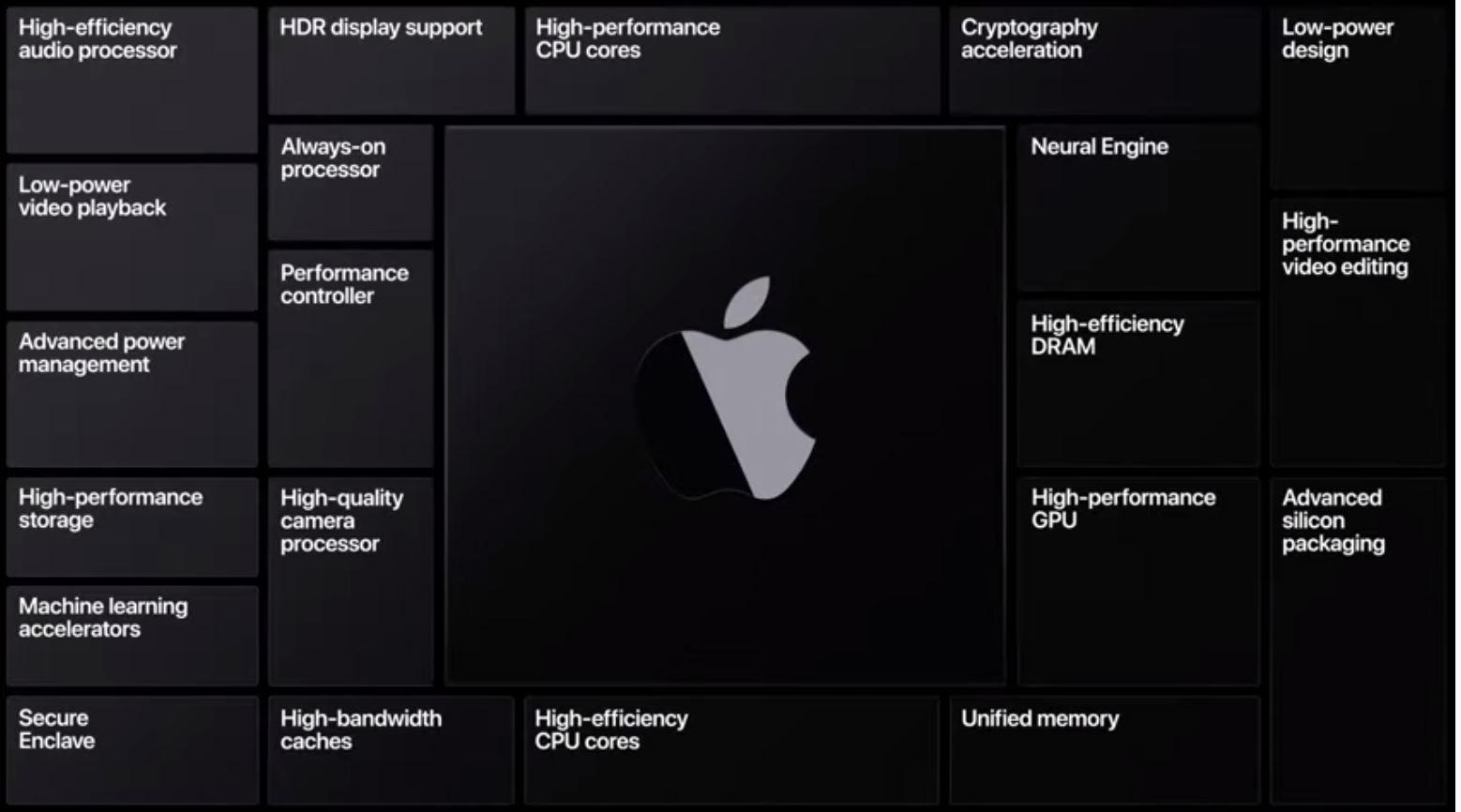 Apple provides an overview of its processor R&D work to date.

2. Apple Is Putting a Lot of Effort Into Supporting the ARM Transition...But it Will Still Be Gradual

Apple has already rewritten macOS and all of its own macOS apps to natively run on ARM Macs, and has begun working with major developers such as Microsoft (MSFT)  and Adobe  (ADBE) to have ARM-native versions of their macOS apps ready by the time that the first ARM Mac ships later this year.

The company is also rolling out a new version of its Xcode software development suite that it promises will allow macOS apps written to run on x86-instruction-set CPUs to be rewritten for ARM within a few days. And while performance won't be as good as what's achieved by rewritten apps, Apple is shipping app-conversion software (known as Rosetta 2) that will automatically translate x86 apps to run on ARM Macs when they're installed.

Nonetheless, Apple predicts that it will take two years to fully transition its Mac lineup to its own processors, and says that it still has Intel-powered Macs (possibly more powerful systems that pack high-end Intel CPUs) in its pipeline. Ahead of WWDC, analyst Ming-Chi Kuo forecast that Apple will launch two ARM Macs -- a 13.3-inch MacBook Pro and a 24-inch iMac -- in late 2020 or early 2021, and that new Intel-powered iMacs will arrive in Q3.

3. Speeding Up User Activities Is a 2020 Software Priority

In their own ways, the latest versions of iOS, iPadOS, macOS and watchOS each contain features and UI changes meant to speed up everyday user activities and/or show more content on a single screen.

iOS 14 includes an App Library page that automatically groups apps into categories, including ones for recently-added and suggested apps. And like Android, it will allow widgets (currently accessible only through the Today view) and a picture-in-picture view to appear on home screens. 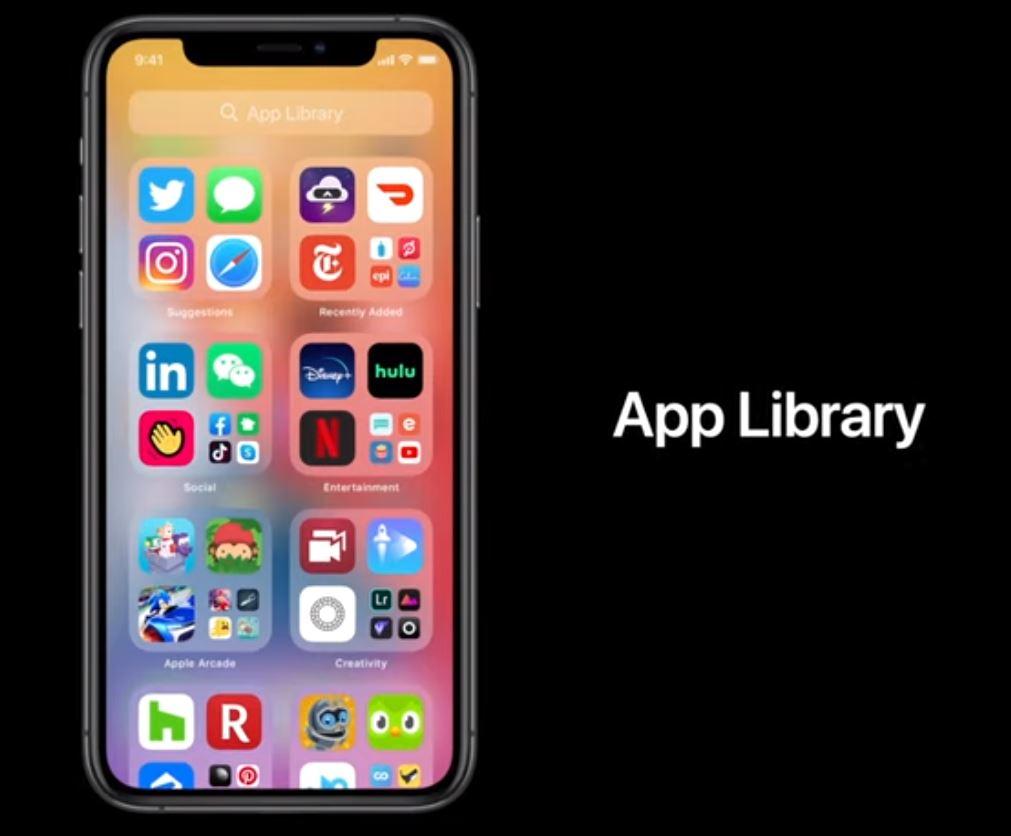 iPadOS 14 also supports home-screen widgets, and its Apple Pencil software has been updated to (among other things) automatically convert handwritten notes into typed text that can be added to various apps. Also, the Photos, Notes and Files iPad apps are getting revamped sidebars and toolbars meant to let users more quickly perform various tasks, and searches can be started without leaving an app.

macOS Big Sur, declared by Apple to deliver its "biggest update to [macOS] design in more than a decade," introduces an iOS-like Control Center, notifications interface and widget system, while also overhauling apps such as Mail and Photos to make them more intuitive. And watchOS 7 lets developers place multiple Watch complications (widgets) on the same Watch face.

Also, across both iOS and iPadOS, Apple is overhauling Siri's interface so that users can engage with Siri without having it take up the entire screen.

4. Apple Is Still Paying a Lot of Attention to Health and Privacy

iOS 14 brings with it a revamped Health app that contains new sleep and hearing-related features, as well as support for more medical data types. watchOS comes with a sleep-tracking mode, an improved Workout app and access to more user mobility data.

New privacy-related features include giving users the option to share the proximate location rather than their precise location, data-usage labels for App Store apps and permission requests for when a developer wishes to track a user's activity across multiple apps or websites. Also, the newest version of the Safari browser will let users restrict which webpages an extension can work with, and for how long.

Facebook (FB) , which has cautioned that Apple and Google's (GOOG) attempts to restrict data-collection on their respective operating systems and browsers is (along with other things) hurting its ad-targeting abilities, probably isn't pleased to see some of these new privacy features roll out. Snap (SNAP) and Twitter (TWTR) could also be impacted to an extent.

Much like Google's Instant Apps feature for Android, App Clips delivers some of the features provided by a regular mobile app without requiring a full app download. They can be launched via Safari and the Messages and Maps apps, and can handle Apple account sign-ins and Apple Pay transactions.

Unlike Google with Instant Apps, Apple is looking to drive App Clips usage not only via app and web links, but also by the tapping of NFC tags and the scanning of visual codes. If it ultimately helps drive more fully-fledged app downloads at a time when many consumers download new apps very infrequently, App Clips would be a positive for Apple's App Store business, which has come under fire lately from regulators and developers.

6. New AirPods Features Show How Apple's End-to-End Control Over the User Experience Can Set it Apart

From the start, the AirPods were a testament to how fully controlling hardware and software development for multiple connected devices could allow Apple to support features that rivals lacking such control would be hard-pressed to match, such as automatically connecting to devices when taken out of their case and automatically playing audio once placed in a user's ears. The same holds for a couple of new features revealed on Monday.

Following a firmware update, AirPods will be able to automatically switch audio playback between multiple paired devices -- for example, a user watching a video on an iPad could have his or her audio feed automatically switch to an iPhone upon receiving a call. In addition, the AirPods Pro will support a "spatial audio" mode that delivers a surround sound-like audio experience in part by tracking the movements of both a user's head and the device that the AirPods are paired with.