Advanced Micro Devices  (AMD)  is on track to generate about four times as much revenue in 2021 as it did in 2016, when its turnaround really kicked off.

And thanks to that revenue growth and AMD's related bottom-line improvement, the company is set to spend nearly three times as much on R&D this year as it did five years earlier.

The data center CPU and GPU event AMD hosted on Monday -- and which led its shares to surge to new highs -- spoke volumes about how the company's R&D budget growth is allowing it to extend its reach, via packaging innovations, better software support and the launch of products tailor-made for a subset of customers.

AMD's new Milan-X Epyc server CPUs, which will aunch in the first quarter of 2022 and can provide three times as much Level 3 cache memory as AMD's standard Milan CPUs, are the product of a broader effort to invest in solutions that can deliver performance boosts for demanding workloads by using 3D packaging (with an assist from TSMC (TSM) ) to integrate large amounts of high-speed memory within CPU packages. 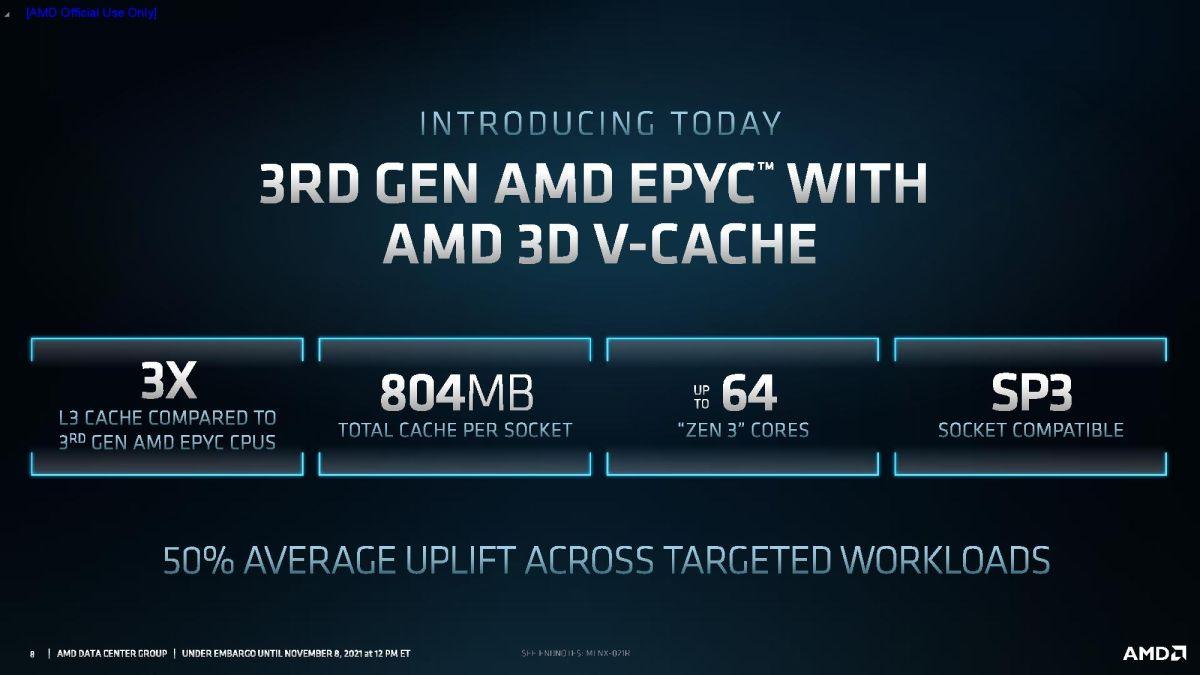 Meanwhile, AMD disclosed that its next-gen Zen 4 CPU microarchitecture will support not one, but two successors to Milan, which uses its Zen 3 microarchitecture. Along with its widely expected Genoa Epyc CPUs, which scale up to 96 cores and will ship next year, AMD plans to launch a 128-core platform known as Bergamo in the first half of 2023.

Bergamo is aimed at cloud giants that place large premiums on power efficiency and core density, and could help AMD fend off growing competition from Arm-architecture server CPUs that also fare well in those two categories. The presence of Bergamo on AMD's roadmap likely had something to do with Monday's well-received news that Meta Platforms (FB) , which plans to spend $29 billion to $34 billion on capex next year, plans to start deploying Epyc CPUs.

On the GPU front, AMD unveiled a new high-end server GPU line, known as the Radeon Instinct MI 200 series, that delivers massive performance gains, relative to their predecessor, the MI 100. While corporate benchmark data should always be taken with a grain of salt, the below slide suggests the MI 200 line should have a good sales pitch for certain high-performance computing (HPC) workloads -- even if Nvidia's (NVDA) software investments and ecosystem will make it tough to dislodge in the AI training/inference space and some other end-markets. 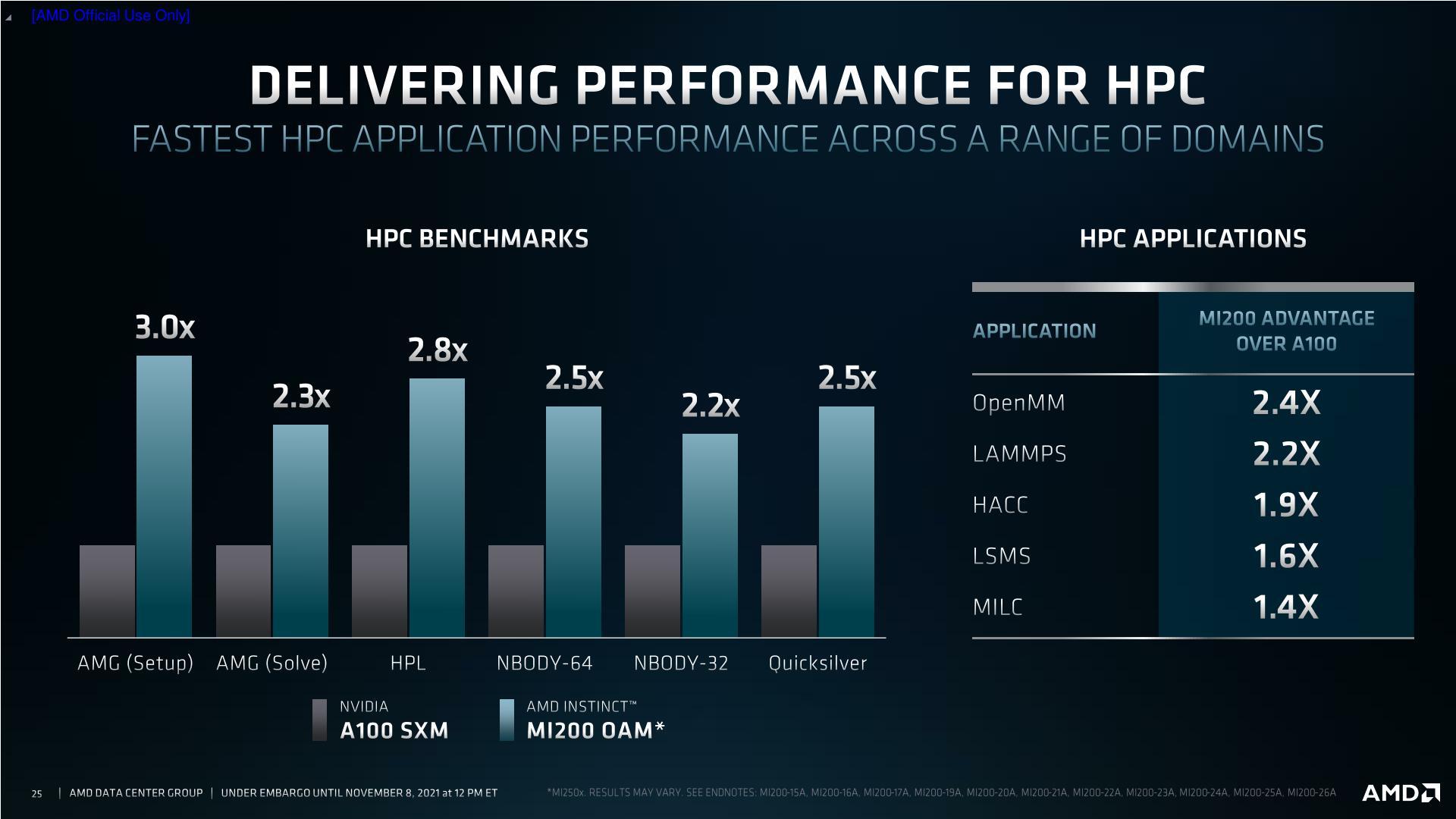 Importantly, while some of the MI 200 line's performance gains are due to GPU architecture work and a higher transistor count, it also benefits a lot from packaging and interconnect R&D. Unlike the MI 100, which relies on a monolithic GPU die, the MI 200 series GPUs consist of two GPU chiplets that connect with each other (and with other AMD GPUs and CPUs) using AMD's proprietary Infinity Fabric interconnects. And they connect with their graphics memory using a proprietary packaging solution known as Elevated Fanout Bridge (EFB).

Last but not least, AMD highlighted some of the payoff it has seen from significantly upping its software R&D spend over the last couple of years. Among other things, the company announced a new partnership with SAP (SAP)  and disclosed that HPC software developers such as Cadence (CDNS) , Synopsys (SNPS)  and Ansys  (ANSS) are optimizing their apps to work to run well on Milan-X CPUs.

Going forward, AMD's R&D budget growth should help the company expand its reach and/or competitiveness in a few other fields. Some key fields to watch:

Certainly, a lot of good news has been priced into AMD's stock since I made a bull case for the company back in May. But at the same time, it's hard to complain much about either the company's financial or R&D execution this year.

Those bullish about AMD's growth story but uneasy about buying its stock outright at its current, elevated multiples might want to take a look at Xilinx, which from all indications remains on track to be acquired by AMD by year's end and trades at a 26% discount to the AMD deal's implied price.

(AMD and Nvidia are holdings in the Action Alerts PLUS member club. Want to be alerted before AAP buys or sells these stocks? Learn more now.)