Outside of some brief market corrections, growth stocks have outperformed value stocks for about 12 years now.

And outside of some brief inflation spikes -- typically caused by higher energy/commodities prices -- the U.S. hasn't seen significant inflation in about four decades.

All of that has arguably bred a sense of complacency -- one might even say hubris -- among some investors and policymakers. Since the fearsome wolf that others frequently warned about in past years failed to materialize, there's no need to concern oneself about it going forward, regardless of how one acts.

In the case of certain investors, one only has to look at how forward sales and EPS multiples have soared in recent years for popular growth tech names -- think companies such as Shopify (SHOP) , PayPal (PYPL) , Zscaler (ZS) , MongoDB  (MDB) and Atlassian (TEAM)  -- as investors enticed by the tremendous returns these companies have delivered conclude that buying them is a surefire way to see big long-term gains, even if they're much more expensive than they were a few years ago. (For some circumstantial evidence of this, one only has to see how many Twitter accounts have achieved massive followings by relentlessly talking up favored growth tech stocks, while paying little or no attention to their valuations). 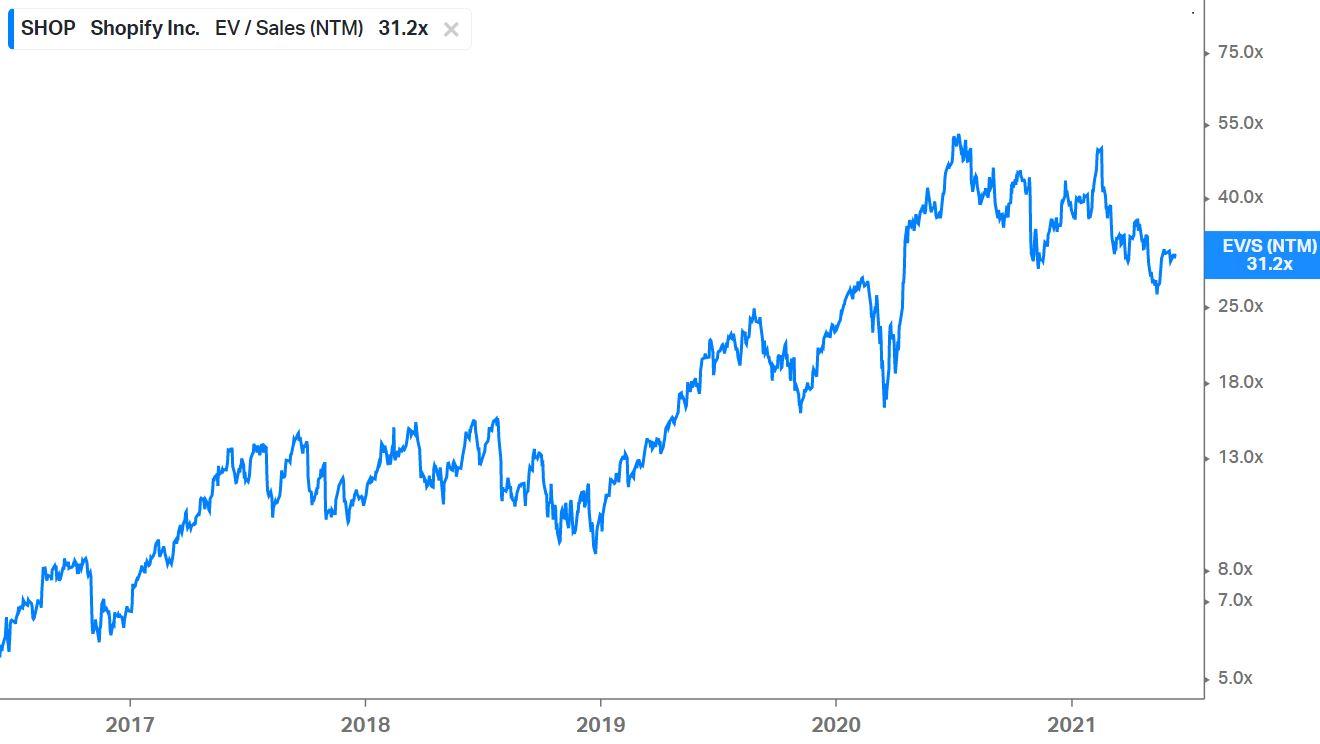 One can argue, of course, that a lot of these companies were too cheap a few years ago. And if the companies keep posting strong double-digit sales growth, their shares could do alright over the next few years even if their multiples meaningfully compress.

Nonetheless, at current multiples, the risk/reward for many of these companies looks a lot different than it did when their valuations were a fraction of what they are today. And many of the investors piling into the companies at current levels seem unaware that buying them at such multiples both lowers the odds of outsized long-term returns and raises downside risk in the event of a negative company-specific or macro surprise.

Those arguing that any inflation spike will prove transitory generally point to how a lot of current inflation is tied to supply-constrained markets (e.g., cars, furniture, gaming hardware, rental car and ride-sharing services) that could see better supply/demand balances later this year. That perspective might just prove right, but I do think that fully dismissing inflation risks on these grounds serves to ignore a few things. Chief among them:

If the Fed or the government officials backing its current policies are concerned about any of these things potentially leading inflation to be something more than transitory, they're showing no signs of it right now. Instead, after decades of the Fed tightening in response to inflation fears that wound up proving unfounded or at least overblown, Jerome Powell & Co. are quite comfortable pushing the limits of loose monetary policy, even as signs of too much money chasing too few goods, services and assets keep mounting.

Just as many growth-stock investors have become comfortable pushing historical valuation limits, following 12 years during which every correction seen by growth stocks merely set the stage for the next move up.

In both cases, a "boy who cried wolf" mindset seems to have taken hold. That by itself doesn't necessarily mean the wolf is at the door, but it does mean that if and when it is, a lot of investors and policymakers will likely be in for a rude awakening.

(PYPL is a holding in Jim Cramer's Action Alerts PLUS member club. Want to be alerted before Jim Cramer buys or sells this stock? Learn more now.)

Get an email alert each time I write an article for Real Money. Click the "+Follow" next to my byline to this article.
TAGS: Economic Data | Federal Reserve | Investing | Markets | Housing Market | Technology