With Salesforce.com's (CRM) stock up 60% on the year going into Wednesday, it's not surprising to hear that Marc Benioff & Co. are once more in the mood for M&A.

Multiple reports emerged on Wednesday that Salesforce -- a company that has made dozens of acquisitions over the years -- is in advanced talks to buy chat/collaboration software vendor Slack (WORK) . CNBC and The Wall Street Journal both report a deal could be announced as soon as next week, with the WSJ stating an announcement could happen at the time of Salesforce's Tuesday earnings report.

Here a few quick thoughts on the deal reports.

1. Salesforce Likely Sees a Lot of Value in the Slack Connect Platform

Why would the world's biggest CRM software company be interested in buying a firm whose software is most commonly used by people to message their co-workers? It probably has a lot to do with how that software is now also increasingly used to interact with people at other firms via shared messaging channels, and will soon support direct message conversations between individuals at different companies as well.

The Slack Connect platform, which now lets up to 20 businesses communicate through shared channels, was used by more than 52,000 of Slack's customers at the end of its July quarter, up from 20,000-plus 12 months earlier. And Slack execs have noted that Connect is often used by salespeople and customer support workers -- the kinds of workers who are potential users of Salesforce's Sales Cloud and Service Cloud platforms.

For the moment, Microsoft's (MSFT) Teams platform has nothing comparable to Connect, which required a lot of behind-the-scenes technical work to address corporate security and compliance needs. And Salesforce probably sees the benefits of integrating its CRM apps, as well as its Customer 360 platform for getting an integrated view of customer info, with Connect as the latter's network effects continue growing. 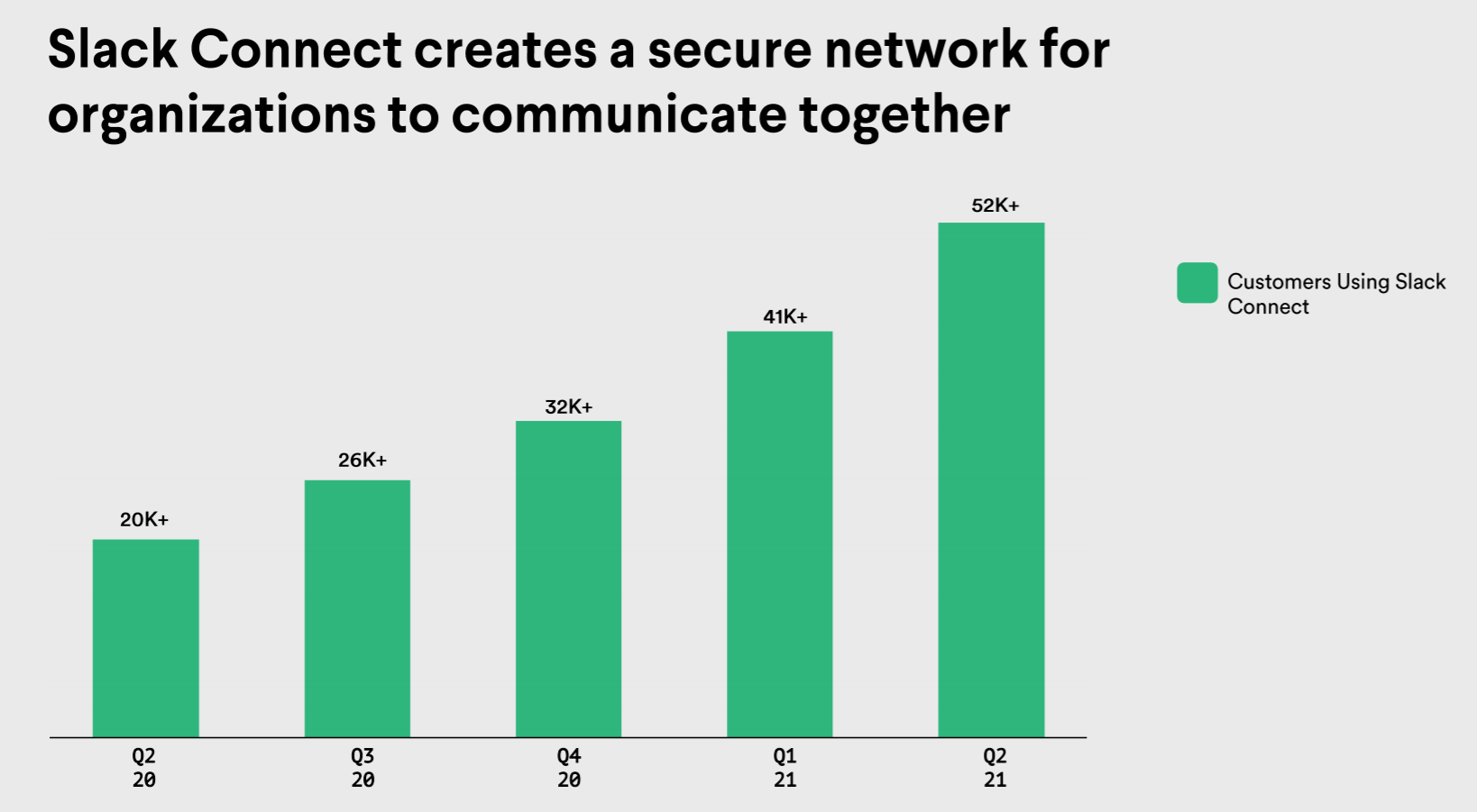 Back in 2016, Salesforce bought Quip, a developer of cloud-based office suite software, for $750 million. And in 2019, the company integrated Quip's software with Sales Cloud and Service Cloud, with the goal of improving collaboration within sales and customer support teams.

Along similar lines, it's not hard to imagine Salesforce, which already offers an app integration for Slack that users of its CRM apps can leverage, seeing collaboration use cases for integrating Slack's software with Sales Cloud and Service Cloud, as well as Quip.

3. Salesforce's Sales and Marketing Muscle Could Be Quite Valuable to Slack

It's quite an understatement to say that Salesforce, whose sales and marketing expenses still equal more than 40% of its revenue, both has tremendous go-to-market reach with enterprises and is considered to be very good at selling and marketing its wares.

It's also quite an understatement to say that Microsoft -- the world's biggest software company -- has a lot more go-to-market reach than Slack, as it continues aggressively promoting Teams and bundling paid Teams features with Office 365 subscriptions.

As a result, it's easy to see how having Slack promoted by an army of Salesforce salespeople and channel partners could do a lot to help grow its customer count (and with it, Slack Connect's network effects).

4. A Deal Would Heighten Salesforce's Rivalry with Microsoft

Historically, Oracle (ORCL) and SAP (SAP) have been the names most likely to come to mind when one thinks of Salesforce's biggest rivals. But Microsoft has increasingly become a major rival as well.

Though sales of Microsoft's Dynamics CRM apps skew more towards SMBs than Salesforce's CRM apps, they have been steadily growing at a double-digit clip, and Microsoft (per reports) has stepped up its efforts to cross-sell Dynamics to enterprises. Meanwhile, Salesforce has been encroaching more on Microsoft's turf in recent years, as it buys companies such as Quip and business intelligence/data visualization software firm Tableau, which competes against Microsoft's Power BI software.

With Microsoft having made Teams into a strategic priority and working to better integrate it with platforms such as Office and Dynamics, a Salesforce-Slack deal would dial up the rivalry between Salesforce and Microsoft another notch.

5. More Big Software M&A Deals Could Be on the Way

We've seen a flurry of major chip industry acquisitions in recent months, as chip developers whose shares are up big in 2020 become comfortable using their stock as currency.

With the shares of many software firms also up a ton this year -- and quite a few of them with eye-popping valuations -- it wouldn't be surprising if Salesforce isn't the only large-cap software company interested in using its stock to finance a big M&A transaction in the coming months.

Get an email alert each time I write an article for Real Money. Click the "+Follow" next to my byline to this article.
TAGS: Mergers and Acquisitions | Investing | Technology