Get past some of the more gimmicky demos and products, and CES remains a one-of-a-kind experience for putting one's finger on the pulse of what's going on in the consumer tech world (and parts of the enterprise tech world, as well).

Last week, I checked out many dozens of exhibits at CES from companies large and small, talking to numerous engineers, salespeople and executives along the way. I also attended the Pepcom Digital Experience, a press event featuring tech exhibitors that takes place just before CES' official start.

Here are the main investing-related takeaways drawn from what I saw and heard.

1. The Number of Useful Consumer and Commercial Devices Requiring a Lot of Chips Keeps Mushrooming

At a show as big as CES, it's definitely not hard to find smart home and commercial IoT devices that have little practical value, or which don't do enough to justify the markups they carry relative to the "dumb" devices they seek to replace. But one can also find a lot of gear that can carve out niches (if not something more) thanks to the cost, convenience, productivity and/or health/safety benefits they can provide their owners.

Among the hardware I saw at CES that fits this description:

There were also a lot of compelling products from firms exploiting battery and power-semiconductor advances to create devices with much higher power densities than were possible a short while ago. These products include modular, 3,000 watt-plus, backup power systems with fast recharging times; portable power systems that pair solar panels with battery storage; and EV charging systems capable of charging up to four vehicles at once. 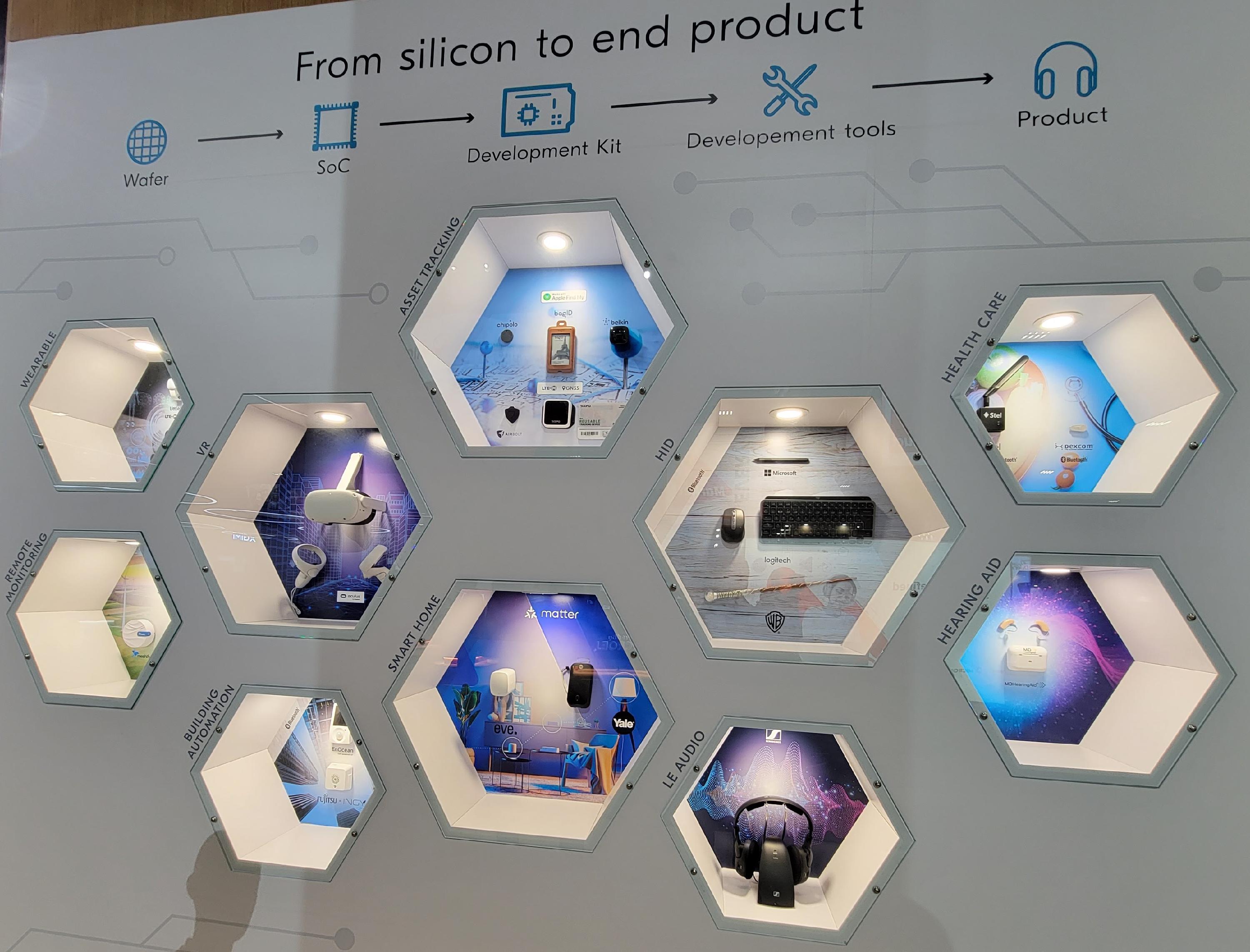 Nordic Semiconductor, a top provider of connectivity chips for IoT devices, showed off some of the many products containing its silicon.

Individually, these kinds of products aren't massive end-markets for semiconductors. But collectively, they should drive a decent amount of incremental chip demand in the coming years. Developers of analog/mixed-signal chips and microcontrollers (MCUs), such as Analog Devices (ADI) , NXP Semiconductors (NXPI) , STMicroelectronics (STM) and Onsemi (ON) , benefit from this trend, as well as from growing chip content within cars.

The full list of chip companies benefiting from this trend is much larger. Nvidia (NVDA) , for example, has seen its Jetson modules adopted by many IoT hardware startups, and Qualcomm (QCOM)  now sells quite a few SoCs and connectivity chips into the IoT market. But the analog and MCU suppliers are among those with the strongest exposure as a percentage of revenue.

2. Many of Those Devices Are Also Driving More Demand for Cloud Computing and Data Services

A lot of the companies developing the aforementioned devices aren't looking to sell hardware alone. Often, their hardware is paired with subscription-based software and services for monitoring, controlling and/or analyzing the data produced by their devices. Companies doing so run the gamut from larger firms such as Rockwell Automation (ROK) , which showed off a cloud-based solution for tracking factory production in real-time, to smaller firms such as France's Flovea, which showed off a hardware/software solution for water management and leak-detection.

In addition, there are now quite a few companies providing software and/or cloud services that interact with third-party IoT devices. These include startups such as Kamea, which was promoting a developer platform that helps IoT hardware OEMs develop cloud services, as well as major software developers such as Palantir (PLTR) , which showed off its AIP solution for deploying AI models on edge devices.

With a lot of these solutions making heavy use of cloud computing and/or data services, major public cloud platforms such as Amazon Web Services (AMZN) , Microsoft Azure (MSFT) and the Google Cloud Platform  (GOOGL) are indirect winners as IoT devices proliferate. Azure, in particular, appears to punch above its weight when it comes to IoT-related workloads. 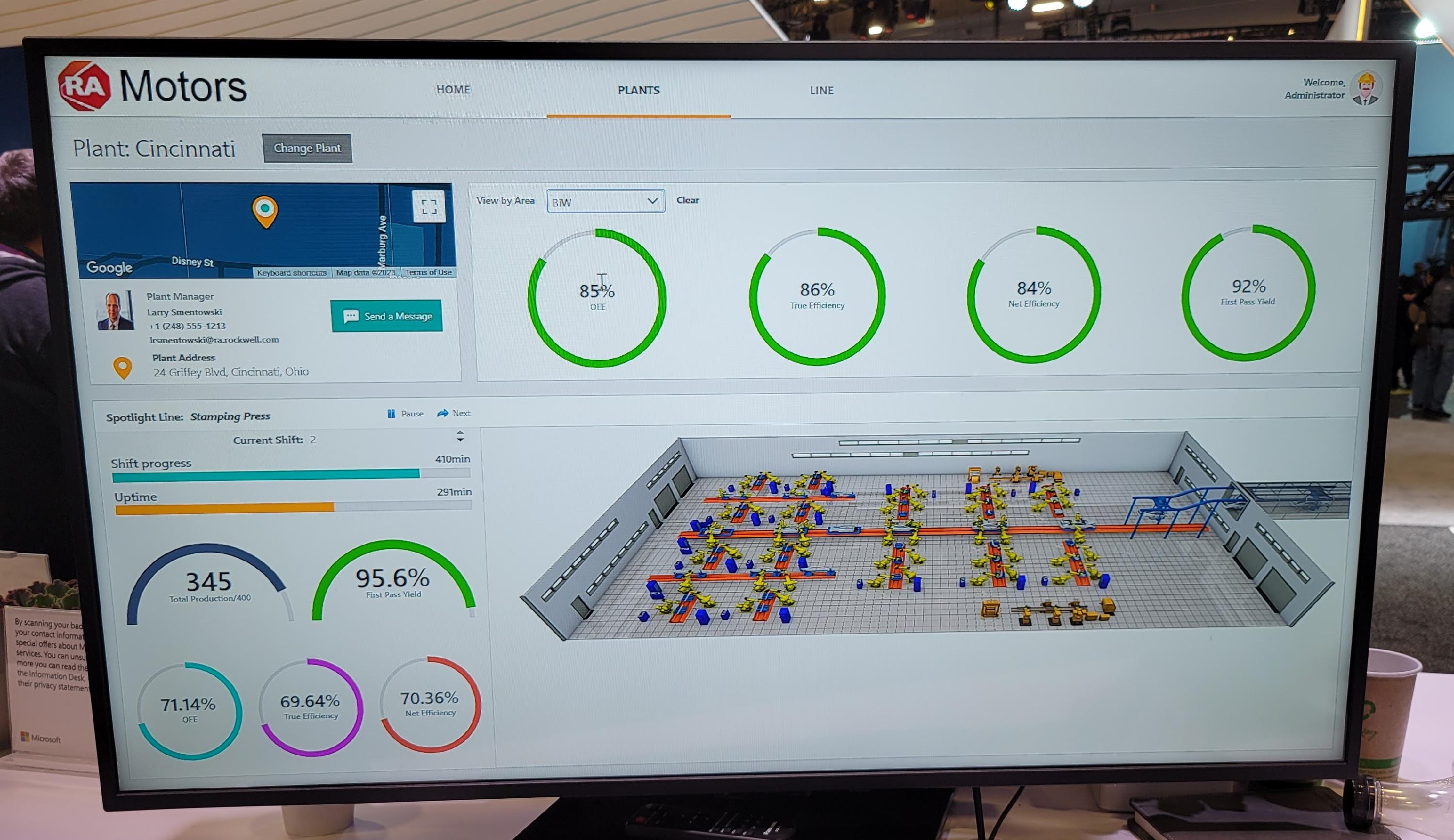 3. The Automotive LIDAR Market Is Poised to See a Shakeout

In 2021, the shares of LIDAR sensor developers such as Luminar (LAZR) , Innoviz (INVZ) and Velodyne (VLDR)  received sky-high valuations, fueled by enthusiasm about future LIDAR adoption in self-driving cars and next-gen advanced driver-assistance systems (ADAS). Their shares generally had a much rougher time in 2022...and what I saw at CES makes me think that more pain is likely in store for at least some of them.

There are two issues at play. First, there are far too many LIDAR developers chasing after a relatively limited number of high-volume design wins. At CES, I must have seen at least a dozen exhibitors demoing a LIDAR solution.

While LIDAR volumes will undoubtedly grow in the coming years, these pressures, together with the significant cash burn being recorded by most LIDAR pure-plays, are reasons to tread carefully with LIDAR stocks.

Though Chinese firms didn't have as large of a presence at CES this year as they have at some prior shows, there were still plenty of Chinese hardware makers showing off their wares. And collectively, these companies acted as a reminder of how China can still put downward pressure on prices for a variety of tech and electronics products.

Companies such as Tozo (claims to be the largest seller of wireless earbuds on Amazon by volume) and Gyroor (a seller of low-cost electric bikes and scooters that counts Walmart as a retail channel) come to mind. As do OEMs such as TCL, which showed off triple and quad-camera Android phones with sub-$200 price tags, and white-label manufacturers such as Grandway Technology, which had a number of sub-$50 health wearables and sensors on display.

Companies like these generally aren't a major threat to premium global brands such as Apple (AAPL) , Sony (SONY)  and Samsung. But by delivering reasonably good user experiences (much of the time, anyway) at a healthy discount to what the premium brands charge, they serve to grow penetration rates for products such as wireless earbuds, electric bikes and health wearables (and with them, sales of the chips going into these products), particularly among more cost-sensitive consumers around the world.

5. AR and VR Are Evolving...But Remain Niche Markets for Now

Among tech enthusiasts at least, augmented and virtual reality still capture a lot of imaginations. Long lines to try out AR and VR headsets -- and not just ones from big-name hardware firms -- were easy to find at CES. And yours truly had to sign up for a waitlist to demo a Magic Leap AR headset (my number was called a few hours later).

That's the good news. The bad news is that none of these products look poised to create a true consumer mass-market anytime soon.

Software and cloud-services ecosystems for AR glasses are still generally a work-in-progress, and while some developers such as Magic Leap and Microsoft (HoloLens) have enabled promising use cases in fields such as manufacturing, retail and healthcare, the all-in price tags for their solutions run well into four figures. Meanwhile, VR headsets still feel too socially and physically isolating (and perhaps also too uncomfortable, when worn for long periods of time) to be embraced on a large scale. And it's worth noting that while there were some popular VR headset demos at CES, a lot of them involved creating physical feedback via expensive arcade/simulation equipment that few consumers will ever buy.

Over the long-term, I'm more bullish about AR glasses creating a true mass-market than I am about VR headsets doing so -- AR glasses are less isolating, they can easily be used both indoors and outdoors, and they can provide a hands-free way of doing many tasks that currently require pulling a smartphone out of one's pocket. But for now, both devices are still very much in the early-adopter stage.

(GOOGL, MSFT, AMZN and AAPL are holdings in the Action Alerts PLUS member club . Want to be alerted before AAP buys or sells these stocks? Learn more now. )

Get an email alert each time I write an article for Real Money. Click the "+Follow" next to my byline to this article.
TAGS: Technology | Investing