To be bearish on the tech sector at this juncture, I think one has to be confident that we'll be seeing a major recession.

Because if we don't see one -- and I think there's a decent chance that we won't -- the bull case for the sector (or at least, a large portion of it) now extends a country mile.

Here are a few reasons to be cautiously optimistic on tech stocks following six months of heavy selling that has undone many of the excesses of 2020 and 2021.

1. Valuations for Many Quality Companies Are Now the Lowest They've Been in Several Years

Forget about tech stocks merely falling to pre-Covid valuations. As the below charts of Alphabet (GOOGL) , Salesforce.com  (CRM) and Qualcomm's  (QCOM)  historical multiples show, a lot of tech valuations are now at levels last seen in 2016 or 2017: 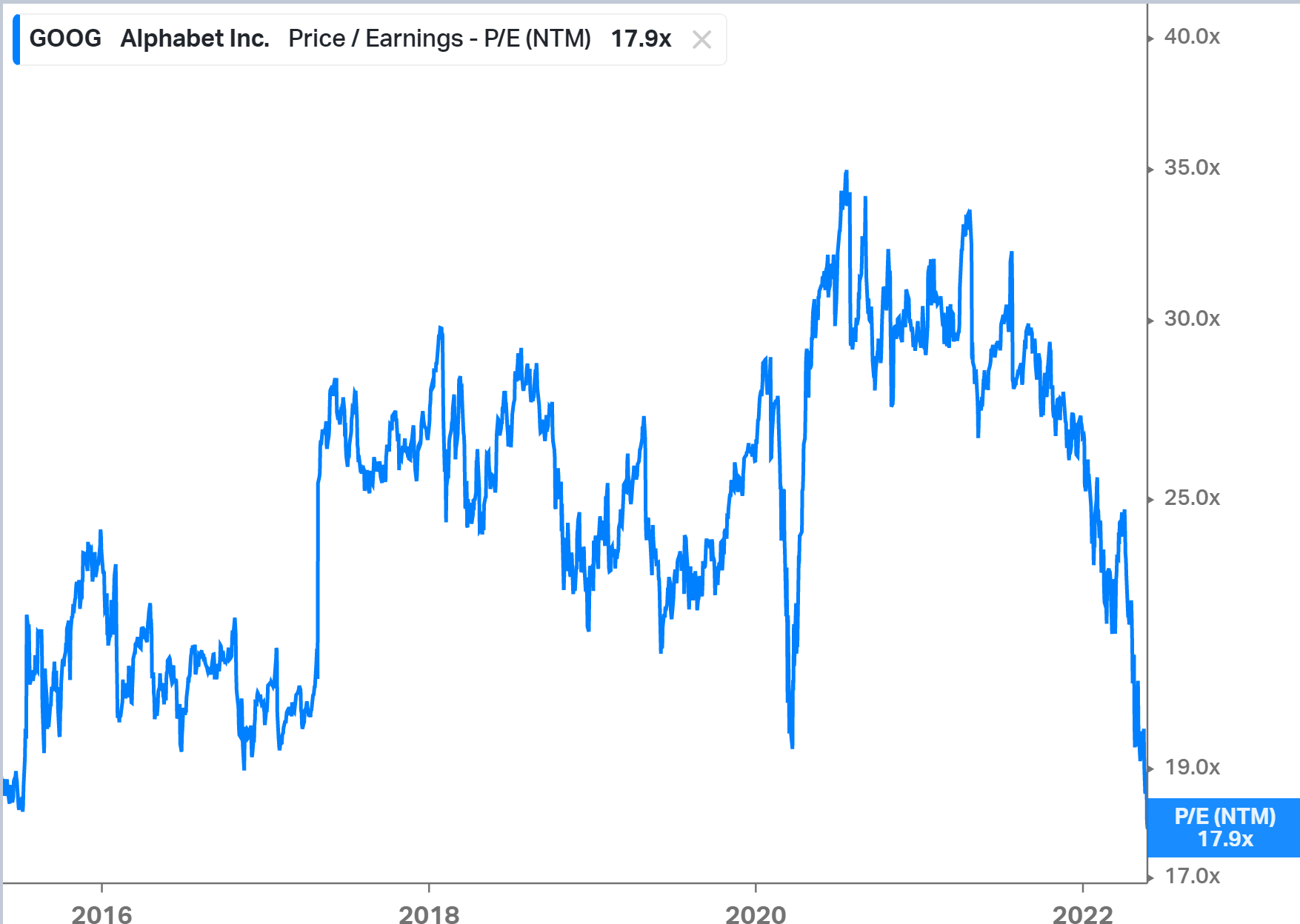 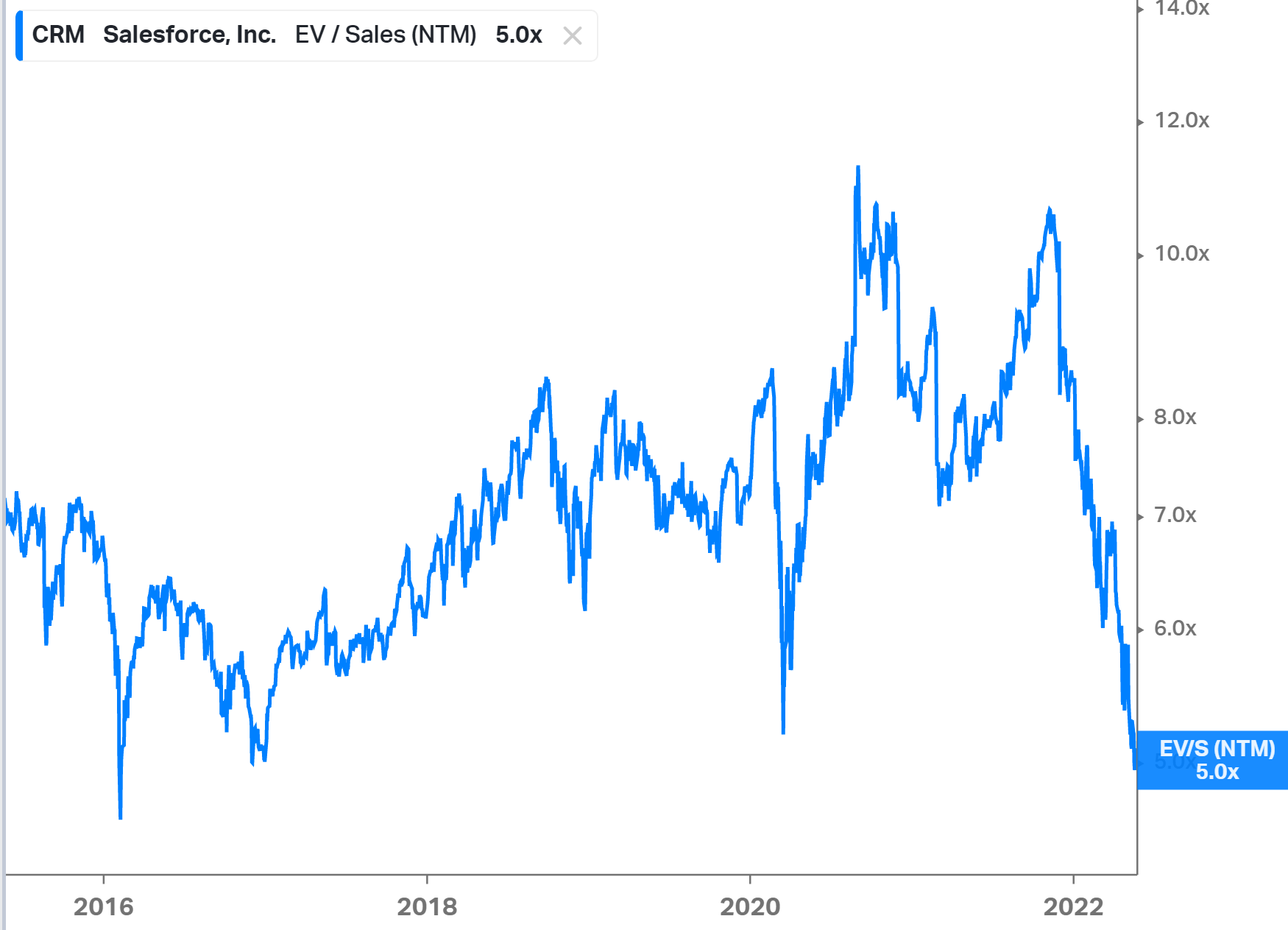 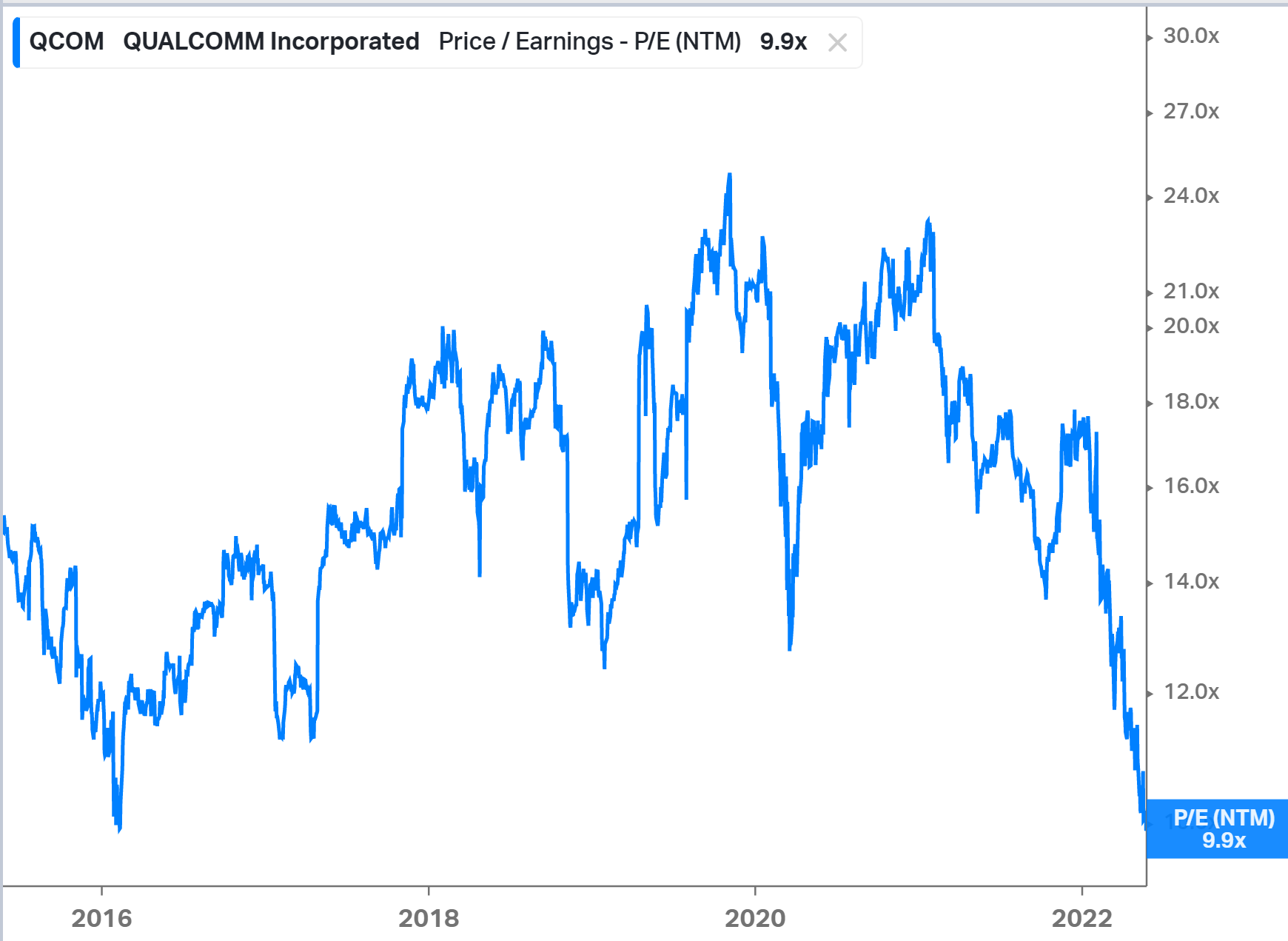 Even if -- as bears might argue -- the analyst estimates that forward sales and earnings multiples for major tech companies are based on will eventually need to be lowered some, moderate estimate cuts still wouldn't prevent many of these firms from sporting lower valuations than what they had in much or all of 2018, 2019 and early 2020.

And while higher Treasury yields do spell lower valuations for growth stocks -- as a result of the discount rate applied to estimated future cash flows needing to be raised -- it's worth keeping in mind that the 10-Year Treasury yield still remains low by historical standards.

A bit of froth remains here and there within the tech sector -- for example, I find it stunning that Rivian (RIVN)  and Lucid (LCID) still have more than $50 billion in equity value between them. But on the whole, there's a night-and-day difference between the current tech valuation environment and the one that made me cautious about large parts of the sector for much of 2021.

2. Contrarian Signals Have Really Piled Up

A few of the notable contrarian signals I've seen:

One or two contrarian signals can potentially be dismissed. But when there are a half-dozen or so signs that investor bearishness has reached a level generally seen only at or near multi-year bottoms, it's worth taking notice.

For a few more signs that markets have reached an oversold condition, see Helene Meisler's May 19 and May 13 Real Money columns.

E-commerce activity has cooled off; low-end smartphone sales are under pressure (moreso in China than elsewhere); and following 2020/2021 surges, consumers have pared back their purchases of notebooks and home electronics. Also, though company-specific issues might partly be responsible, Snap's (SNAP) Q2 warning suggests some brand advertisers are cutting spending for now.

But outside of that, the demand backdrop for tech remains pretty healthy. Legions of enterprise software and cloud services providers are still reporting strong growth; sales of IT hardware, gaming hardware and high-end smartphones are for now more constrained by supply than demand; and -- amid strong end-demand from automakers, cloud giants and others -- a number of chip developers and equipment makers have indicated they expect demand to exceed supply into early 2023, if not longer.

Altogether, the tech-spending environment is for now quite different from what was seen in either 2001 or 2008/2009, when sales plunged for a number of end-markets.

4. For Now, Macro Conditions Are Far From Disastrous

Underpinning tech spending is a macro environment that -- while far from perfect -- isn't nearly as bad as some headlines make it out to be. The job market remains very strong; consumer and corporate balance sheets still look mostly healthy; corporate capex is trending higher; and consumer card-spending data also doesn't look bad, even if there's a spending shift from goods to services afoot.

Admittedly, high energy and food prices are a risk factor that bears watching. While prices for now aren't high enough to trigger a recession, they do appear to be hurting discretionary consumer spending a bit (primarily among lower-income consumers), and the damage could broaden if prices rise meaningfully from current levels.

Likewise, though the job market and broader corporate spending still look good, it's worth keeping an eye on whether recent layoff and spending-cut announcements -- largely involving tech companies that are seeing pandemic-related demand boosts normalize and/or got too aggressive with their spending in 2020/2021 -- expand into non-tech industries.

Those caveats aside, predictions of a major, 2009-like recession still look quite premature.

Get an email alert each time I write an article for Real Money. Click the "+Follow" next to my byline to this article.
TAGS: Investing | Stocks | Fundamental Analysis | Trading | Technology | U.S. Equity

Earnings haven't provided a spark for the EV charging company, so let's see what the charts are saying.