The price of International Business Machines (IBM) gapped up this morning as traders reacted to their first quarter earnings beat. We looked at IBM back on January 22 where I recommended that "IBM could retest its late October low in the weeks ahead. Avoid the long side for now."

Let's check on the charts again.
In this updated daily bar chart of IBM, below, we can see that prices only had a slight amount of follow-through selling from its gap lower in January. Prices chopped sideways in February and then started to rally in early March. IBM is now comfortably above the rising 50-day moving average line and the rising 200-day moving average line.
The On-Balance-Volume (OBV) line made its low in early March but has yet to really ramp higher. The Moving Average Convergence Divergence (MACD) oscillator turned up above the zero line in early March and is now turning up to a fresh buy signal.

In this weekly Japanese candlestick chart of IBM, below, we can see a more positive picture than what we saw in January. Prices are trading above the rising 40-week moving average line.
The weekly OBV line turned up in late February and the MACD oscillator gave an outright buy signal in March.

In this daily Point and Figure chart of IBM, below, we can see the rally today with the price gap filled in. A $156 price target is shown. 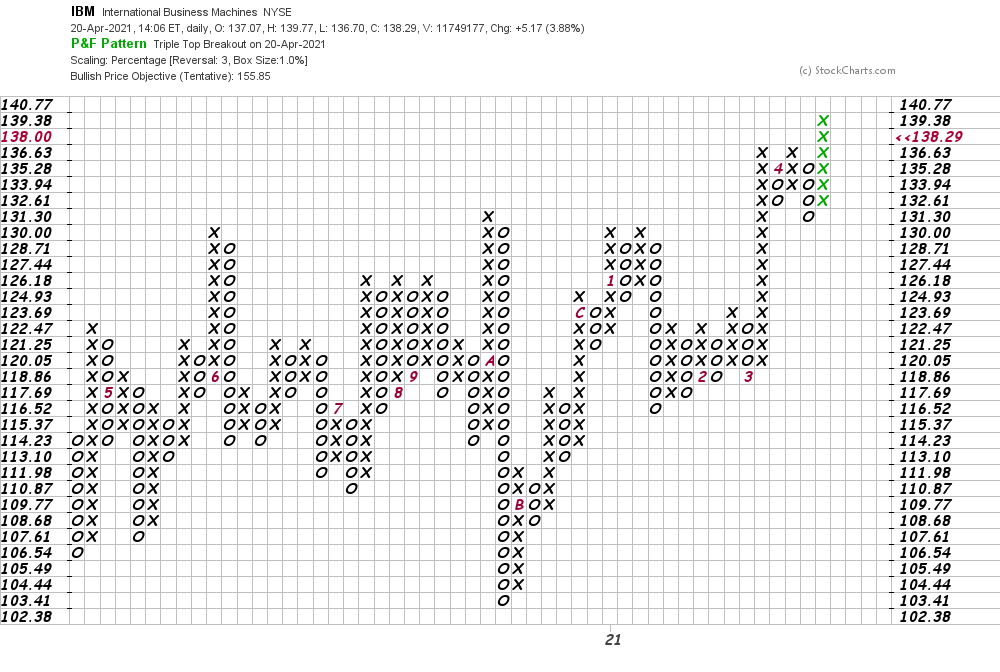 In this weekly Point and Figure chart of IBM, below, we used close only price data. Here a $161 price target is shown. 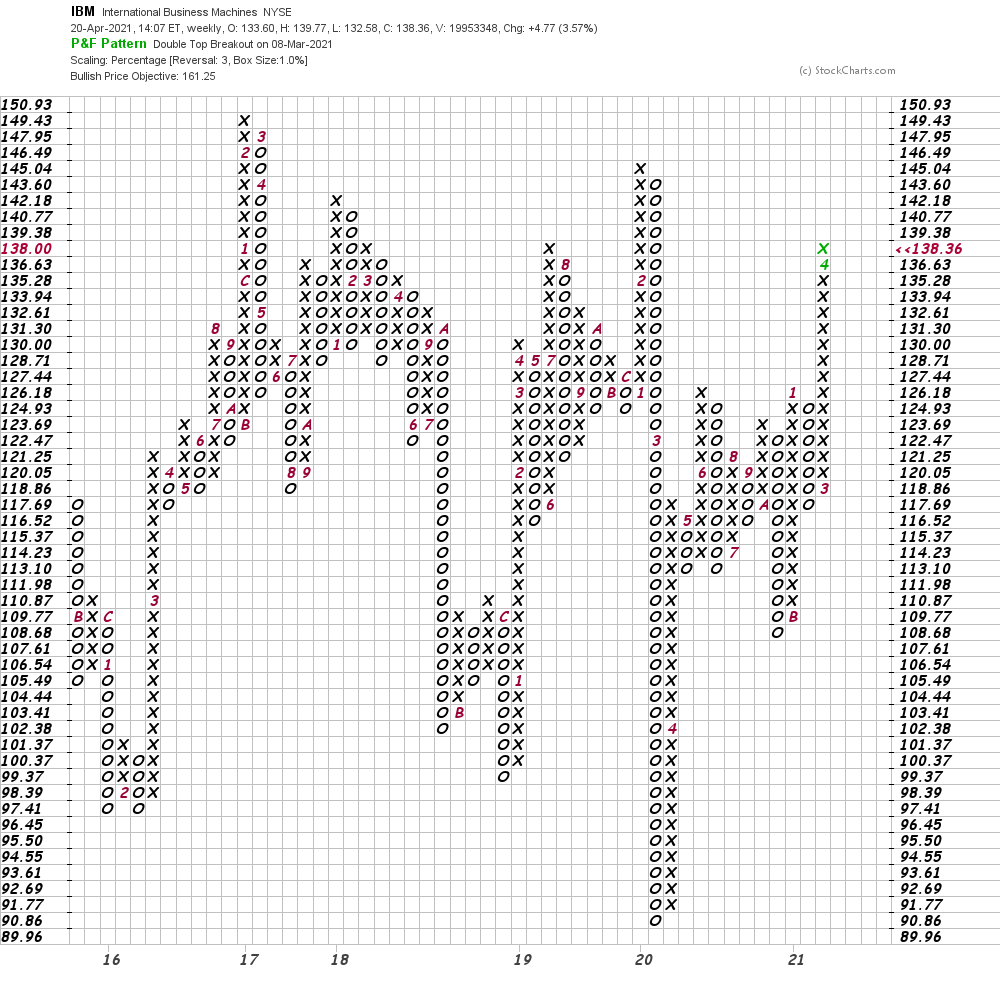 Bottom line strategy: Aggressive traders could go long IBM at current levels risking to $131. The $156-$161 area is our price target for now.
Get an email alert each time I write an article for Real Money. Click the "+Follow" next to my byline to this article.
TAGS: Earnings | Investing | Stocks | Technical Analysis | Trading | Technology