By BRUCE KAMICH Nov 05, 2021 | 02:32 PM EDT
Stocks quotes in this article: TTWO
We have not looked at the charts of Take-Two Interactive Software  ( TTWO) since August 9 when we wrote that "The charts of TTWO are weak and pointed lower. Avoid the long side of TTWO as we are likely to get a better buying opportunity down the road." Indeed prices declined into late September and touched $145.
Let's check out the charts again.
In this daily bar chart of TTWO, below, we can see how prices have changed direction and rallied above the 50-day and the 200-day moving average lines. The slope of the 50-day line is now positive and the 200-day line has begun to bottom.
The On-Balance-Volume (OBV) line has improved sharply from the middle of September telling us that the prior aggressive selling has turned to aggressive buying.
The Moving Average Convergence Divergence (MACD) oscillator is still bullish and pointed higher. The two-day chart pattern shows an outside day and lower close but this will not give us a bearish engulfing pattern on a Japanese candlestick chart (not shown). A bearish engulfing pattern could mark a high on the chart.

In this weekly Japanese candlestick chart of TTWO, below, we can see an improving picture. Prices are trading above the declining 40-week moving average line. The weekly OBV line has been inching upwards since early May.
The MACD oscillator has crossed to the upside from below the zero line for a cover shorts buy signal. An outright buy signal could be coming in a couple weeks.

In this daily Point and Figure chart of TTWO, below, we can see a potential upside price target in the $236 area. 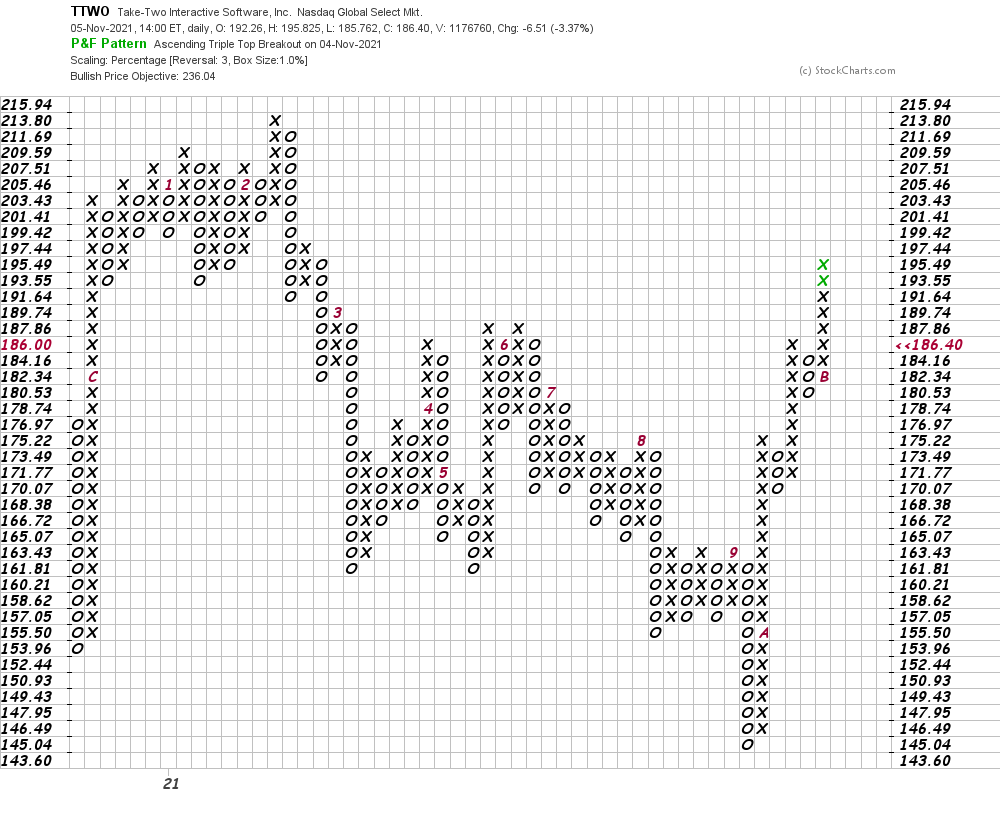 In this weekly Point and Figure chart of TTWO, below, we used a five box reversal filter and can see that the software has projected a $398 price target. 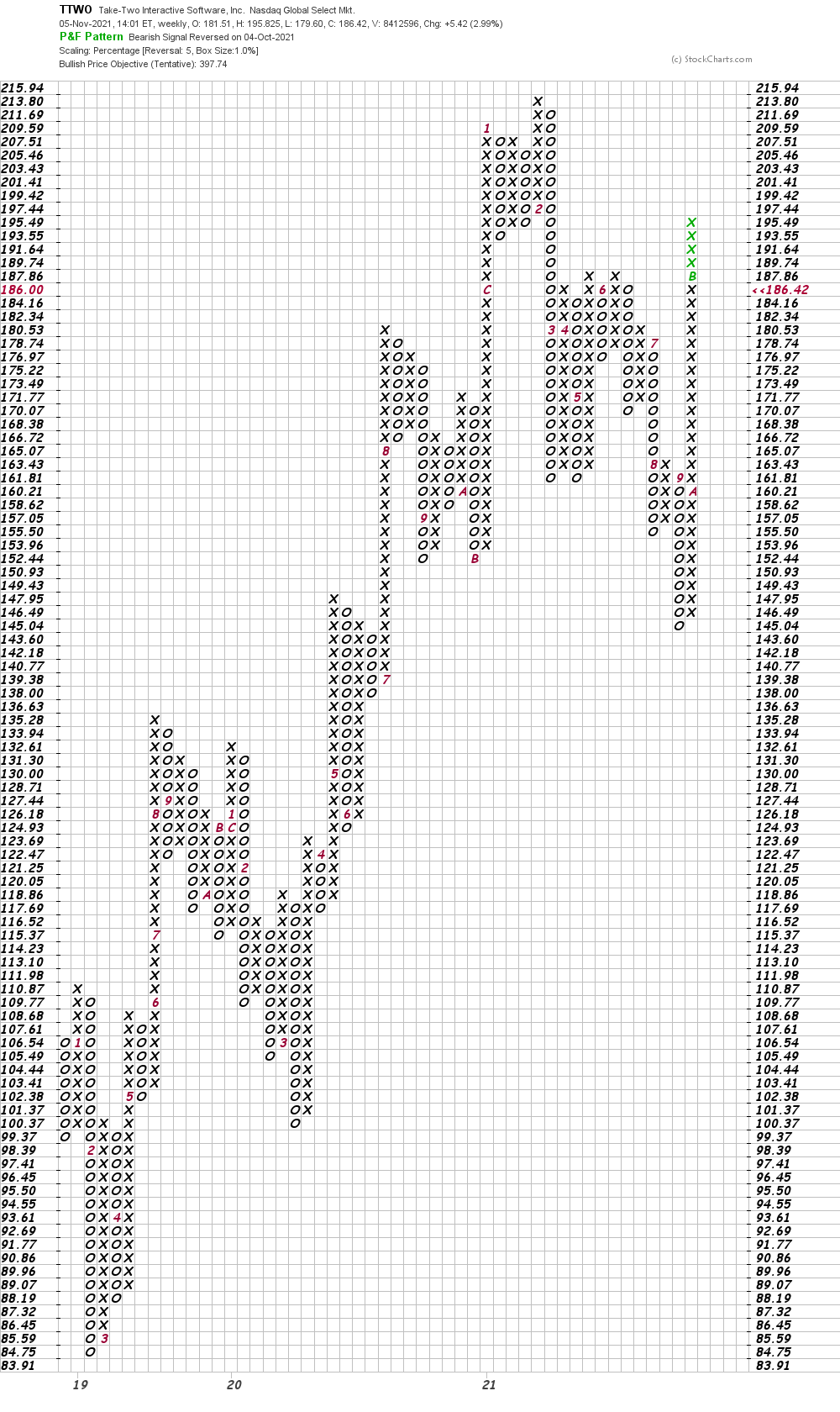 Bottom line strategy: After the sprint higher that TTWO has made in recent weeks, we are likely to see a period of sideways price action. Aggressive traders and gamers could go long TTWO at $185 risking to $174. On the upside look for $236 for now.
Get an email alert each time I write an article for Real Money. Click the "+Follow" next to my byline to this article.
TAGS: Investing | Stocks | Technical Analysis | Trading | Software & Services | Gaming | eSports