Zelnick said while it's true that people play more video games when they're stuck at home, the performance of Take-Two extends beyond just the pandemic. He said their excellent portfolio of titles continues to drive growth.

The video game business used to be episodic and hit-driven, Zelnick explained.

When asked about last year's NBA2K title, which was not well received, Zelnick explained that his company is very self-critical and immediately went to work fixing the game to align with what customers said they wanted.

Cramer said Take-Two remains a great company and he'd buy the stock on any weakness.

Let's check out the charts from our family room.

The On-Balance-Volume (OBV) line has made a strong move higher telling us that buyers of TTWO have been more aggressive and that too supports and confirms the price gains.

In this weekly bar chart of TTWO, below, we can see that prices were in a long sideways consolidation pattern and only recently broke out on the upside. This large pattern can support a large move to the upside. Prices are above the rising 40-week moving average line.

The weekly OBV line is almost at a new high and has been rising since early 2019 telling us that buyers have been more aggressive for a long time now. The MACD oscillator turned bullish again in early April.

In this daily Point and Figure chart of TTWO, below, we can see that prices have reached and exceeded a $168 price target. 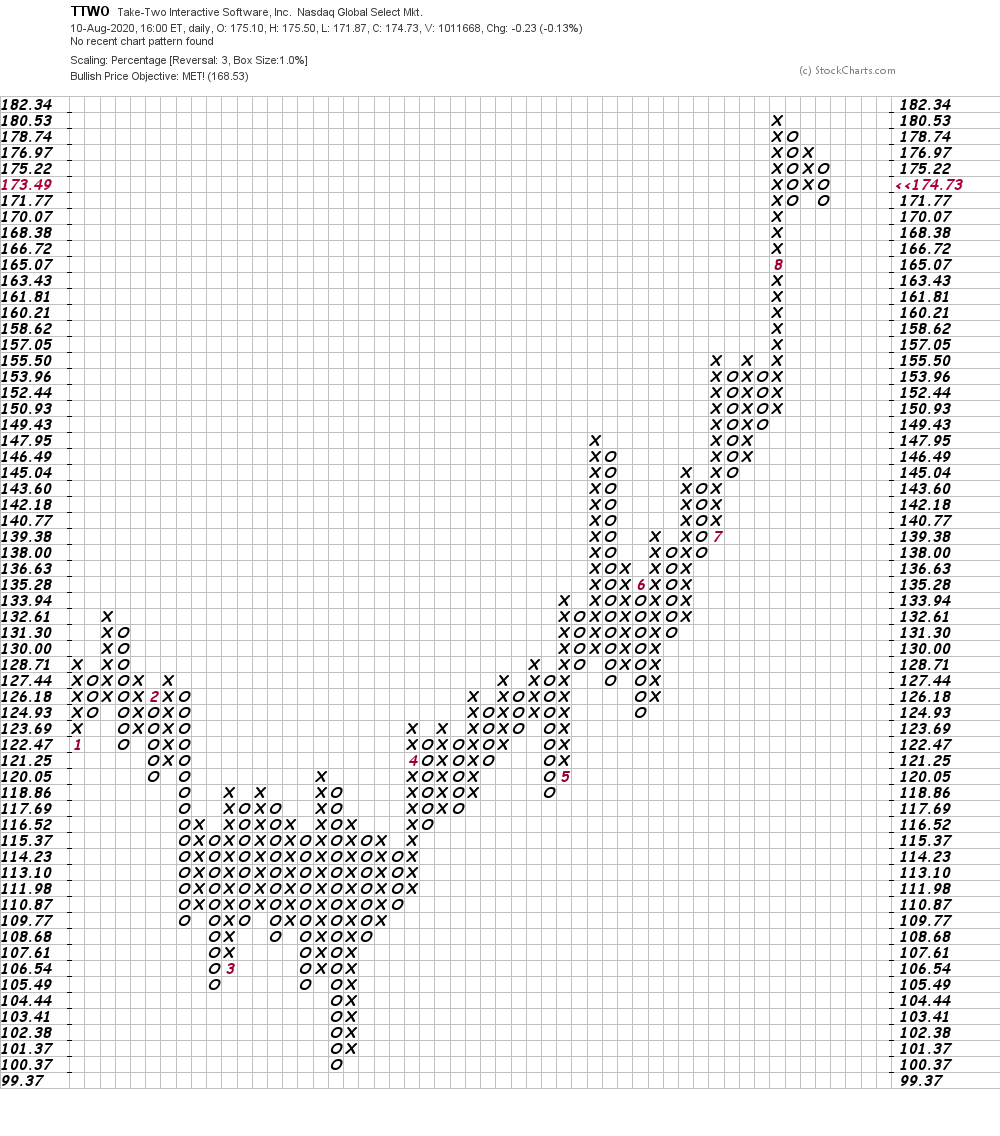 In this weekly close only Point and Figure chart of TTWO, below, we can see that prices have almost reached a potential price target around $182.

Bottom line strategy: TTWO has broken out from a large consolidation pattern but it has reached or almost reached two price targets on the Point and Figure charts. Some sort of sideways to lower correction could unfold in the days and weeks ahead. Buyers could monitor this anticipated correction for a buying opportunity.

Get an email alert each time I write an article for Real Money. Click the "+Follow" next to my byline to this article.
TAGS: Investing | Stocks | Technical Analysis | Trading | Gaming | Mad Money | Executive Interview