Trex is the composite decking manufacturer and it just posted 19% sales growth. Cline said that Trex derives 95% of its business from the repair and remodeling business and only 5% of their business is new construction that would be levered to the housing market.

Cline said 90% of all major arenas use Trex products. The company's products are sold in 6,700 outlets in 46 countries. When asked why their products are so popular, Cline said they use 95% recycled materials to make great looking, long lasting products that customers love. That's a fundamental look at the company but let's also look at the charts.

The volume pattern is positive with a huge surge at the late October low and a rising On-Balance-Volume (OBV) line from late October to now.

In this weekly chart of TREX, below, we can see a less positive-looking chart. Prices saw a pretty impressive rally the past three years so we have something to reverse or at least correct. Prices are poised to potentially test or break the three-year uptrend. TREX is trading below the cresting 40-week moving average line.

The weekly OBV line has been in a decline the past three months signaling liquidation or selling.

The MACD oscillator is below the zero line in an outright sell mode but the two lines of this indicator have begun to narrow and that could produce a cover shorts signal in the weeks ahead.

In this Point and Figure chart of TREX, below, we can see a possible or tentative downside price target of $49.58 or a slight new low for the move down. 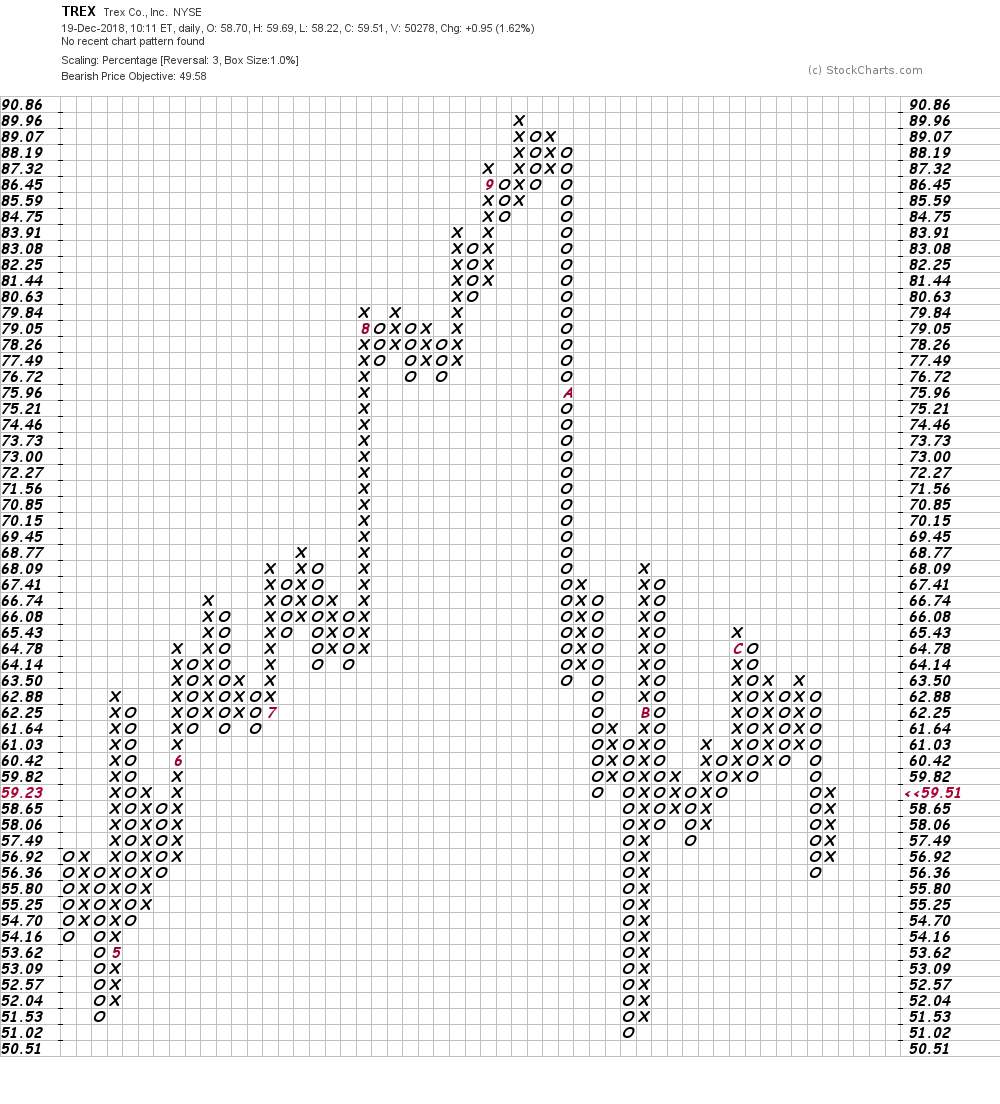 Bottom line strategy: If the Point and Figure chart is correct we have a risk of sinking to a new low for the move down. Keeping that in mind I would look for trades from the long side elsewhere in the marketplace. With thousands of stocks out there I am sure we can find something of interest.

Get an email alert each time I write an article for Real Money. Click the "+Follow" next to my byline to this article.
TAGS: Economy | Investing | Stocks | Technical Analysis | Trading | Housing Market | Consumer Services | U.S. Equity