Shares of T-Mobile (TMUS) were upgraded to "buy" from "hold" by a fundamental sell-side analyst. Let's check and see if the charts are giving us better signals than in our January 7 review. In early January we recommended that "TMUS may hold above the late November/early December low and continue to hammer out a base, but the Point and Figure charts suggest we could make a low in the $101-$91 area. I would avoid purchases of TMUS until we get clear signs that a rally could get under way."

Let's check on the charts.
In this updated daily bar chart of TMUS, below, we can see that prices made a lower low in late January and then gapped higher in early February. Prices have traded sideways between the rising 50-day moving average line and the declining 200-day line.
The On-Balance-Volume (OBV) line declined into late January and has since steadied. The trend-following Moving Average Convergence Divergence (MACD) oscillator looks like it wants to move higher.

In this weekly Japanese candlestick chart of TMUS, below, we can see some promising developments. Prices are trying to get and stay above the 40-week moving average line. The lower shadow on the first candle of March is promising.
The OBV line shows some improvement from the middle of January. The MACD oscillator gave a cover shorts buy signal in January and is now just below the zero line and maybe soon a buy signal.

In this daily Point and Figure chart of TMUS, below, we can see a potential upside price target of $149. 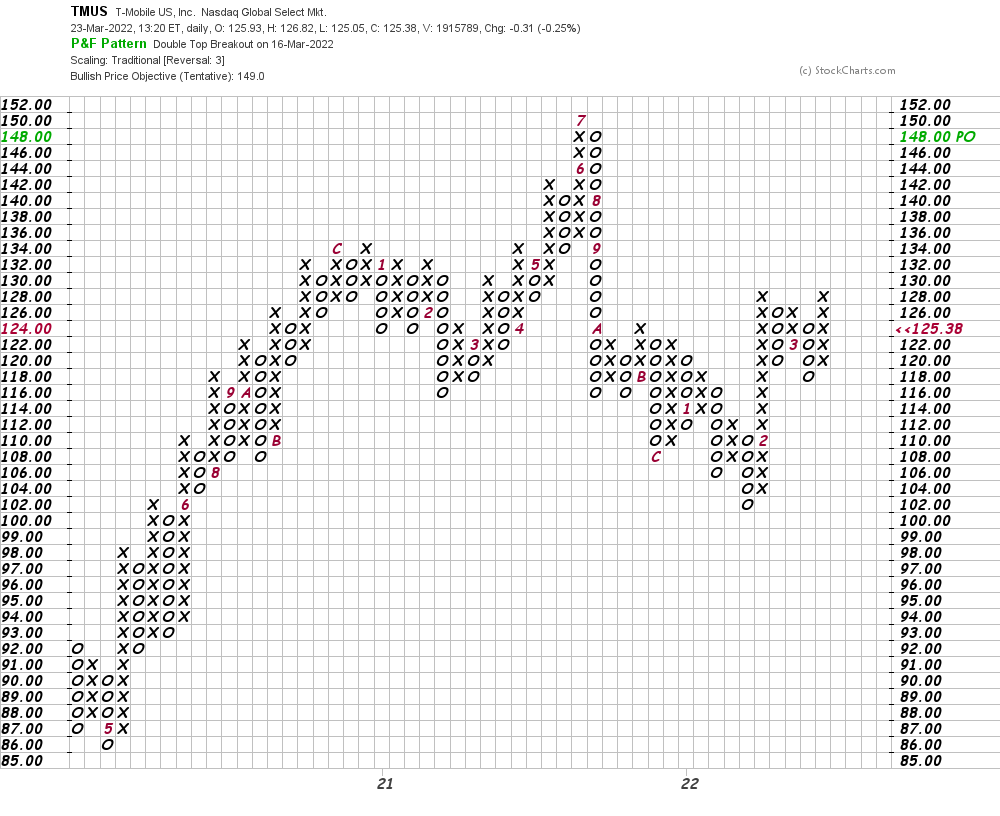 In this second Point and Figure chart of TMUS, below, we used weekly price data. Here a slightly higher price target of $151 is shown. 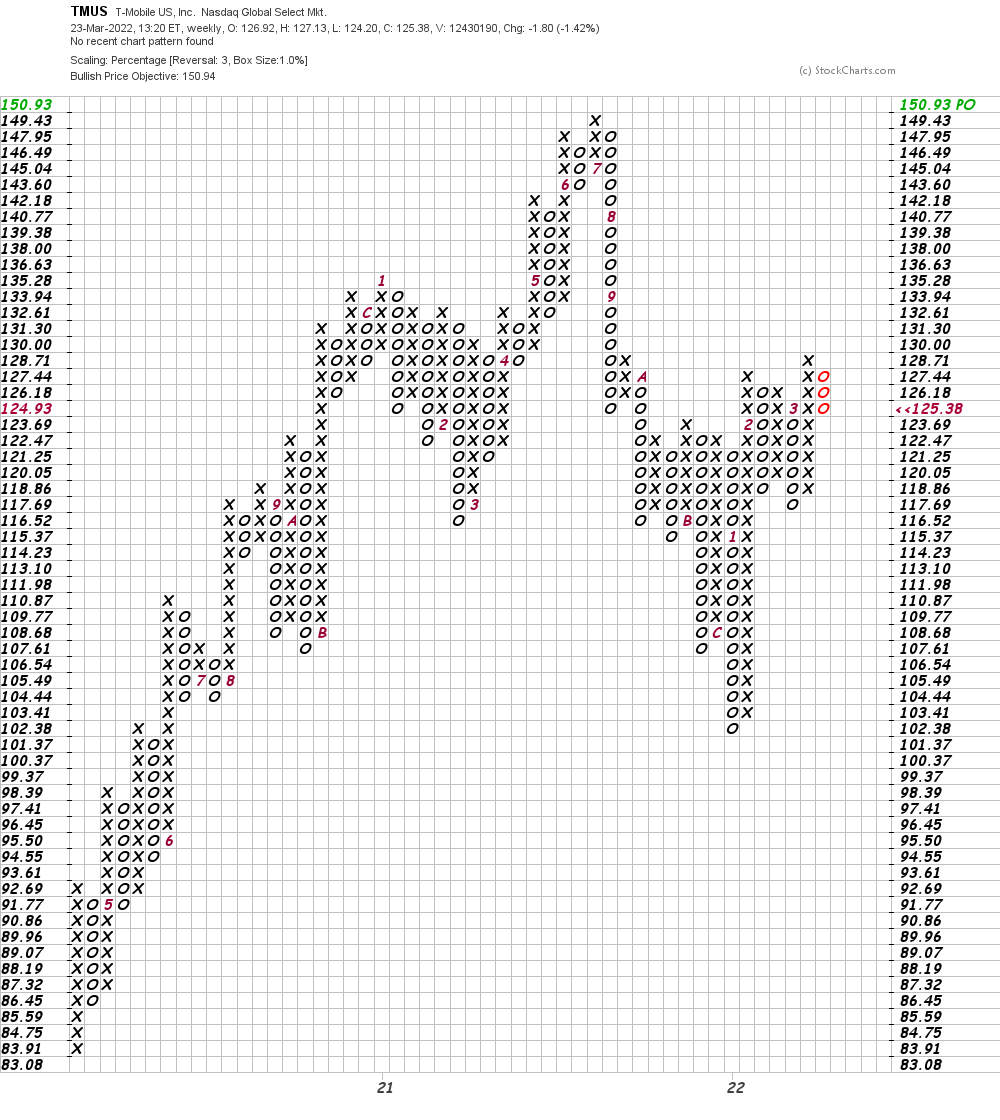 Bottom line strategy: The charts of TMUS are looking more attractive but I want to be a buyer closer to $120.
Get an email alert each time I write an article for Real Money. Click the "+Follow" next to my byline to this article.
TAGS: Investing | Stocks | Technical Analysis | Trading | Telecommunications | Analyst Actions | Telecom Services

The producer of business software simply isn't bullish based on its technical signals.

The shares were improving even before recent news out of China about the resumption of group tours, which should help its Macau casino.

We have another bounce try this morning, but stay extremely cautious as oversold conditions have not mattered of late.