On Tuesday, J&J announced a partnership with rival Merck (MRK) to ramp up their one-dose Covid vaccine even faster.

Now that Johnson & Johnson's vaccine is approved for use, it was only fitting to partner with Merck to bring 30 million doses by the end of March and over 100 million doses in the first half of 2021. Gorsky said the cooperation between J&J, Merck, and the federal government, under the defense production act, has never been better.

J&J plans go well past U.S. borders, however. Gorsky said they're committed to working with Europe and the developing world to ensure that everyone on the planet has access to vaccines as quickly as possible. The fact that Johnson & Johnson's vaccine is only a single dose and doesn't require special refrigeration are key to these efforts.

When asked when the pandemic will be over, Gorsky said the next several months will be critical. He said we can't let our guard down or relax restrictions too early, but he's optimistic that by summer we'll have made significant progress.

Let's check and see what sort of progress the stock of JNJ is making.

In this updated daily bar chart of JNJ, below, we can see that prices made a high at the end of January and have subsequently declined despite the news of the approval of its Covid-19 vaccination. Prices are now trading below the 50-day moving average line which is cresting. The slightly rising 200-day moving average line intersects just above $150 and could be tested in the weeks ahead.

The On-Balance-Volume (OBV) line is showing weakness since the beginning of the new year and tells us there is a shift from aggressive buying to aggressive selling.

The Moving Average Convergence Divergence (MACD) oscillator is poised to cross below the zero line to generate an outright sell signal.

In this weekly bar chart of JNJ, below, we can see the price action of the past three years. JNJ has seen a number of pullbacks or corrections in its slow march higher. Prices could weaken to retest the slightly rising 40-week moving average line that intersects down around $150.

The weekly OBV line looks a little "toppy" over the past two months and the MACD oscillator has narrowed significantly and is close to a downside crossover.

In this daily Point and Figure chart of JNJ, below, we can see a potential downside price target in the $147 area. 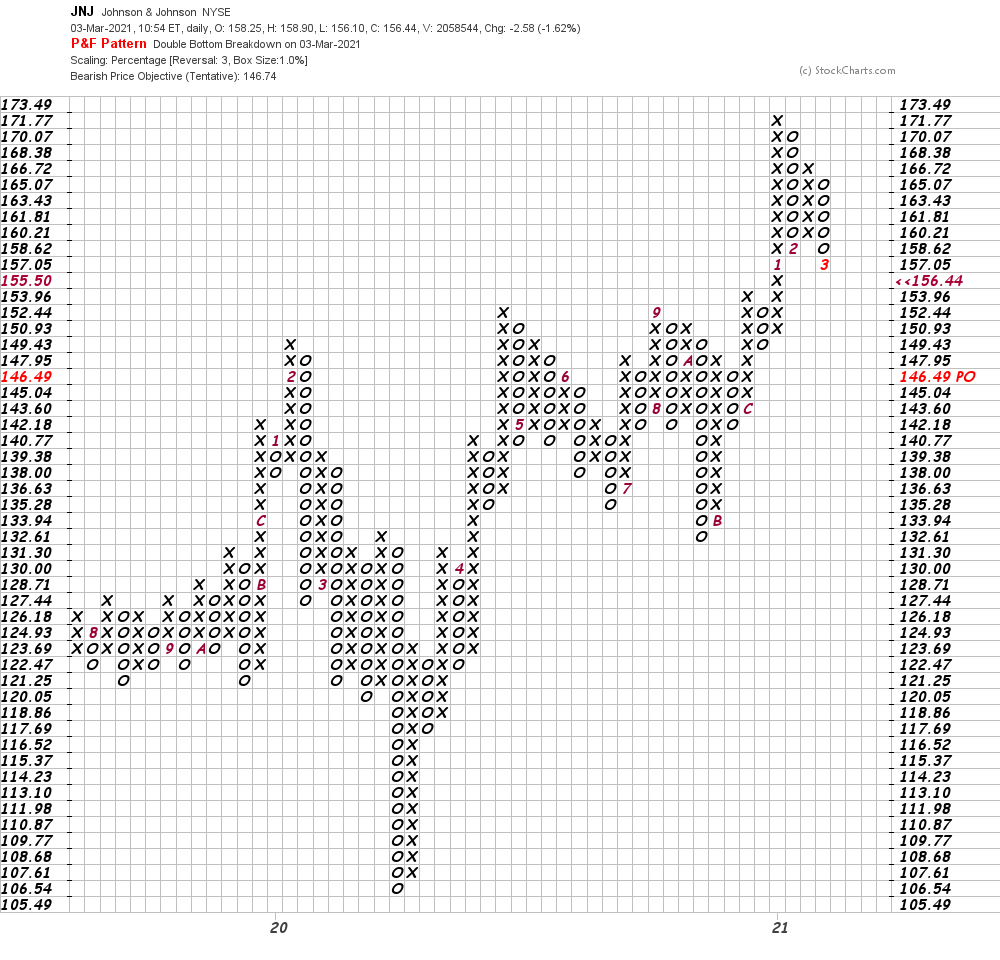 In this weekly close only Point and Figure chart of JNJ, below, we can see that the software is projecting a possible $213 price target on the upside. 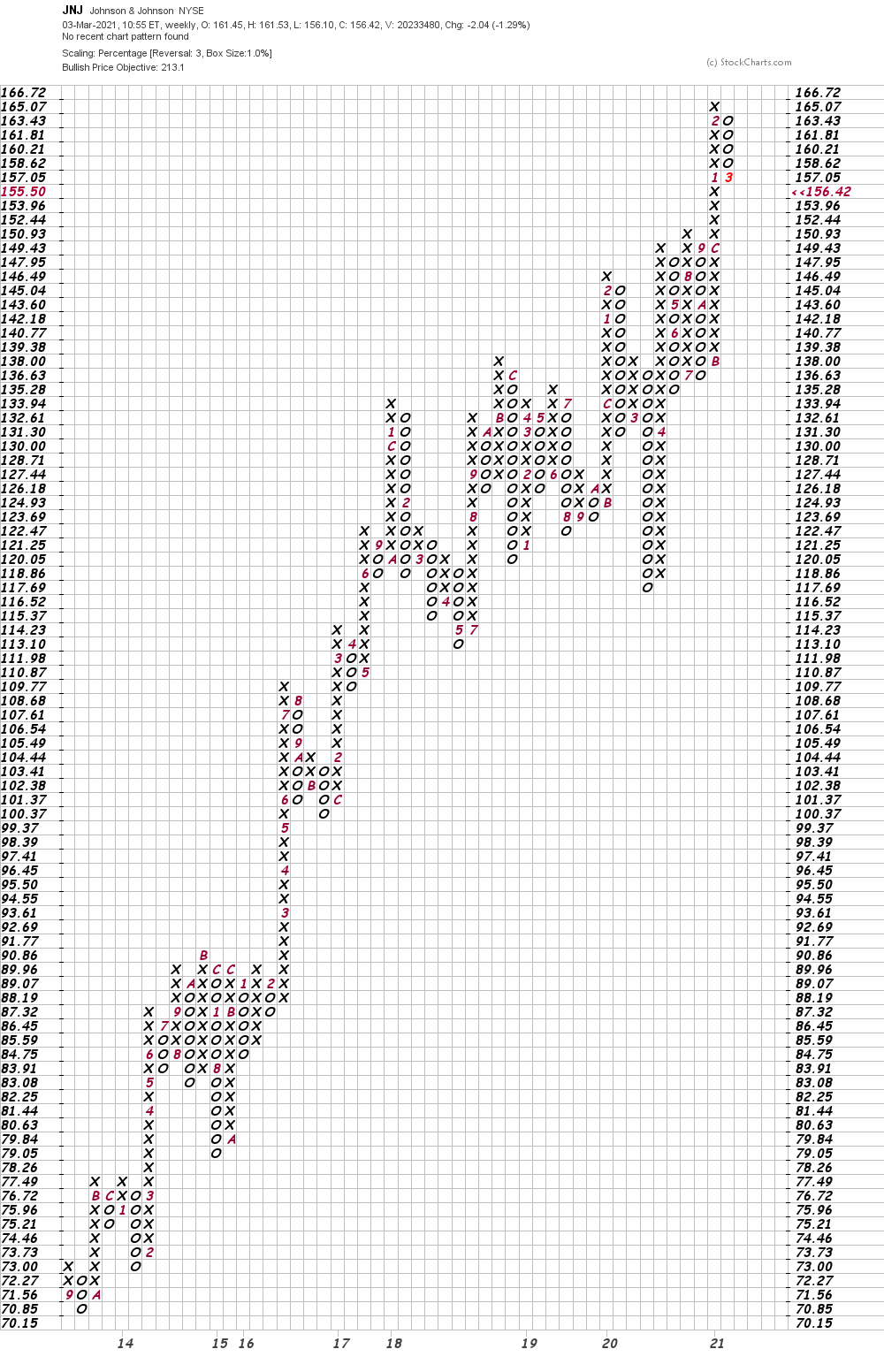 Bottom line strategy: The last time we reviewed the charts of JNJ was on January 27 and we recommended "Continue to hold longs recommended in December. Raise sell stops to $160. Our price targets are $181, the round number of $200 and then the $234 area." With the price weakness we have seen I will assume that traders have been stopped out around $160. Stand aside for now and let's see if prices reach the $147 area to try the long side again.

Get an email alert each time I write an article for Real Money. Click the "+Follow" next to my byline to this article.
TAGS: Investing | Stocks | Technical Analysis | Trading | Healthcare | Pharmaceuticals | Mad Money | Executive Interview | Coronavirus