Zscaler, Inc. (ZS)  just reported its fiscal second-quarter numbers after the close Thursday and traders and investors reacted bearishly to the mixed third-quarter guidance. ZS is trading much lower in early Friday action in the $57-$56 area. This has done some damage to the charts so let's see what strategy now makes sense.

The daily On-Balance-Volume (OBV) line has been rising and could be a two-edged sword. On the one hand it tells us that buyers of ZS have been more aggressive and they might act as buyers on a decline OR these buyers might not have "deep pockets" and they become anxious sellers. We should see soon enough.

The Moving Average Convergence Divergence (MACD) oscillator was in a bullish configuration before earnings but this indicator could soon turn down for a sell signal.

In this weekly bar chart of ZS, below, we don't have our normal three years of data to work with. Prices were above the bottoming 40-week moving average line as of Thursday but Friday's action could well change that.

The weekly OBV line shows some uneven improvement in recent months and the MACD oscillator gave a cover shorts buy signal back in December.

In this daily Point and Figure chart of ZS, below, we can see that prices had nearly reached an upside price target. A decline to $54.70 would weaken this chart. 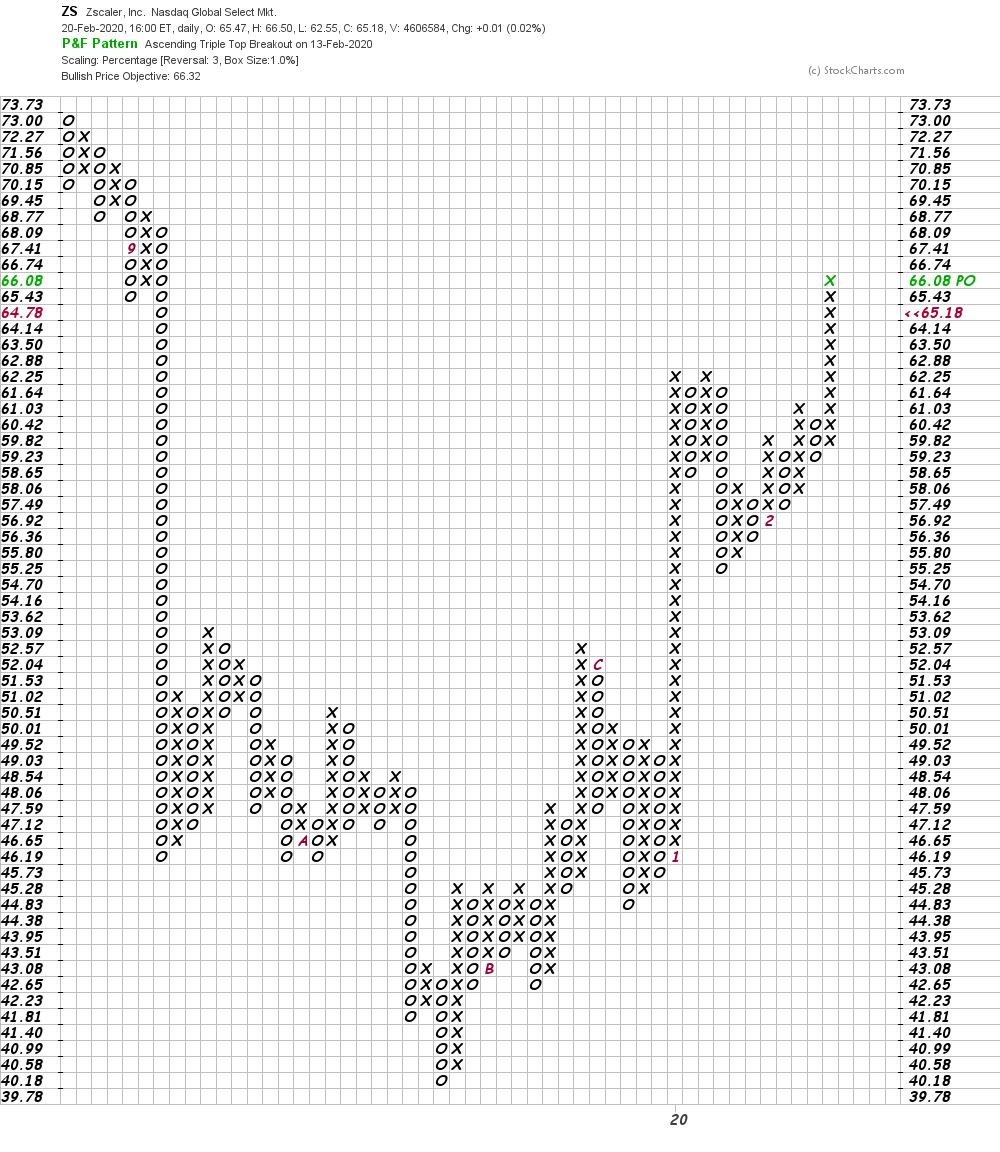 Bottom-line strategy: Traders and algos are quick to run away from a company with disappointing results. We need to see how far down and how long the selling lasts but this could turn out to be an instance of selling first and asking questions later.

Get an email alert each time I write an article for Real Money. Click the "+Follow" next to my byline to this article.
TAGS: Earnings | Investing | Stocks | Technical Analysis | Technology | Stock of the Day