For one of his Executive Interviews during Friday night's Mad Money program, host Jim Cramer checked in with Anders Gustafsson, CEO of Zebra Technologies Corp. (ZBRA) , the barcode and logistics company that helps items get to where they need to go.

Let's check out the charts to see when and where they will arrive.

In the daily bar chart of ZBRA, below, we can see that prices topped out back in December around $260 (notice the volume spike?) before plunging down to around $150 in the first half of March. ZBRA rebounded about $50 and has quietly declined in recent sessions in what I would call a legitimate "retest" of the March low.

In the weekly bar chart of ZBRA, below, we see a mixed picture. Yes, ZBRA has been in a longer-term uptrend looking back three years but we can also see a weakening beginning from April 2019.

In this daily Point and Figure chart of ZBRA, below, we can see that the software is projecting a potential downside price target in the $153 area. A trade at $199.42 is needed to turn this chart bullish. 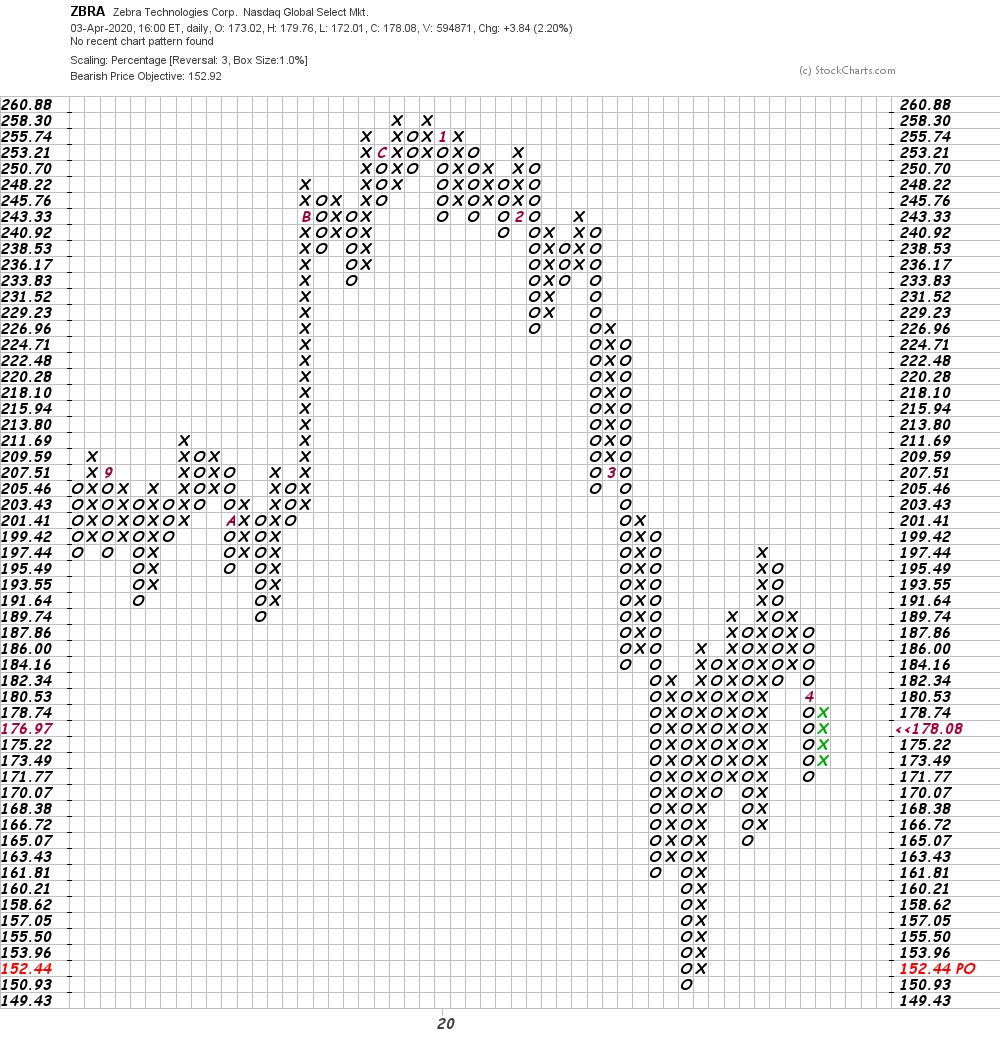 Bottom-line strategy: Because the charts and indicators of ZBRA are mixed and the Point and Figure chart suggests a retest of the March nadir is possible, traders and investors could just watch the stock for now. I want to see how things "develop" on this stock before making a recommendation.

Charts remain constructive, but some of the psychology levels have intensified their warning signals.

Nano One Materials Is a Rare, Truly Innovative Company

It's patented One-Pot process allows for coating of the cathodes of lithium-ion batteries with a cobalt-free, nickel-rich substance.

What's Up With the SPAC Silver Spike Acquisition?

WM Holdings, a cloud software provider for the cannabis industry, will soon be coming public by a reverse merger with SSPK.

The maker of the RELX brand of vape pens and e-cigarettes - the market leader in China - hopes to take the company global.