YETI came public in late October, in the midst of the market correction, which led most investors to not even take notice. Cramer said shares of Yeti have been surprisingly resilient, even though they are now trading for less than their IPO price. The company is seeing stunning growth, from $90 million in 2013 to $640 million last year.

But while Yeti, the company, is terrific, Cramer said he's not a fan of its balance sheet, which is laden with $390 million in debt from its private equity-backed IPO. Cramer said he's never a fan of these deals, especially when private equity still retains a controlling interest in the company. That said, the shares now trade for an attractive multiple given its growth rate.

Let's take a quick look at the charts.

In this daily bar chart of YETI, below, we can see the brief trading history. Prices are now in an uptrend of higher lows and higher highs. Volume expanded Monday as prices made a new high for the move up. The daily On-Balance-Volume (OBV) line is rising and price momentum is positive.

In this limited Point and Figure chart of YETI, below, we can see the recent upside breakout and a nearby price target. 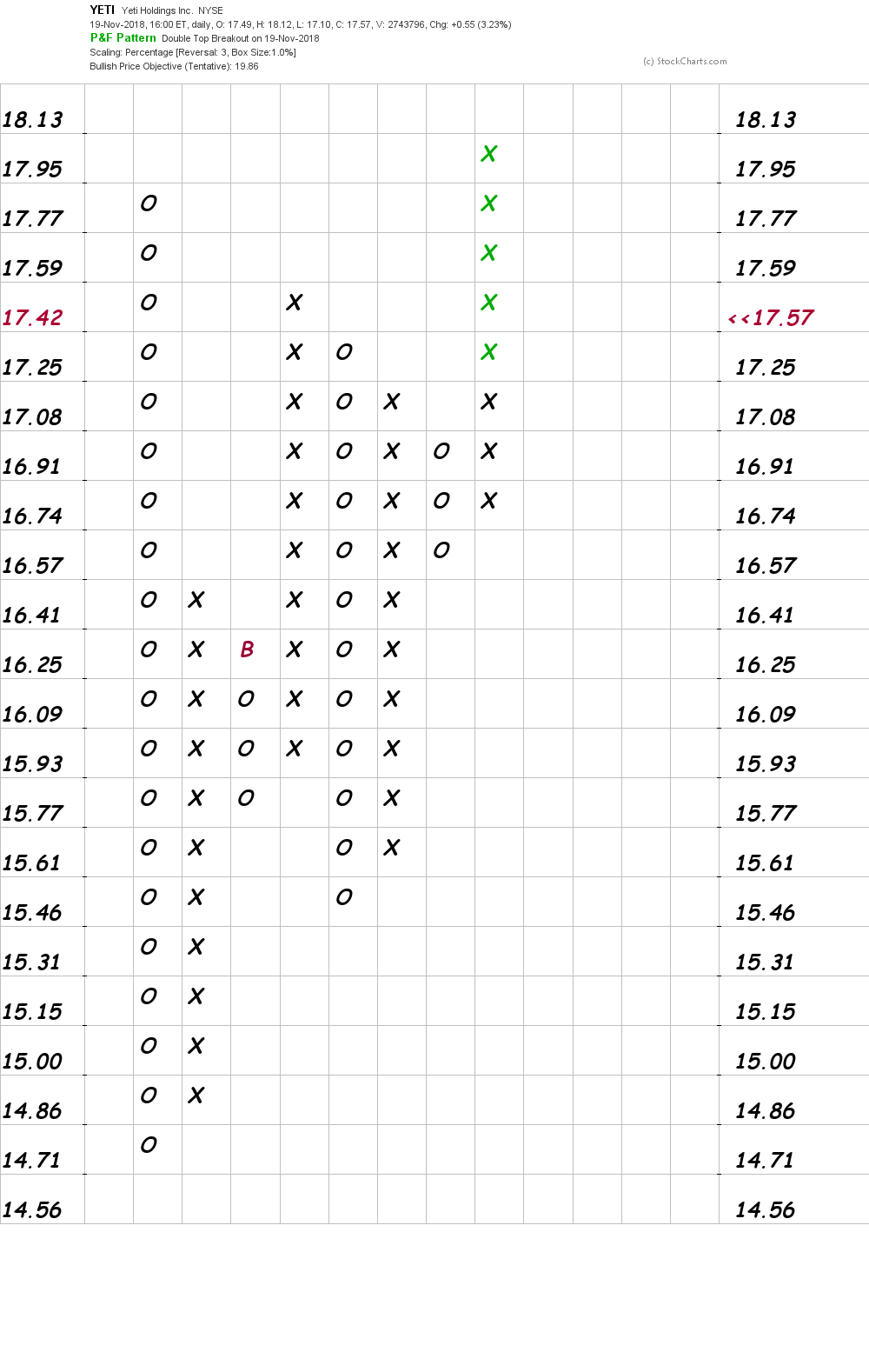 Bottom-line strategy: If you understand the company and you are comfortable with risk you could approach the long side of YETI around $17.25 if available.