While the last two sessions brought a bounce with some chart improvements, all of the short-term trends remain negative .

All of the major equity indices closed higher Friday with positive internals, although trading volumes declined.

Improvements were seen on the S&P 500, Nasdaq Composite and Nasdaq 100 as they closed above their near-term resistance levels.

Also, the S&P, DJIA and Nasdaq 100 closed above their 50-day moving averages.

Yet the picture still has some notable clouds, even as improvements were achieved, as all of the indices remain in short term downtrends as noted by the red down sloping lines on the charts. 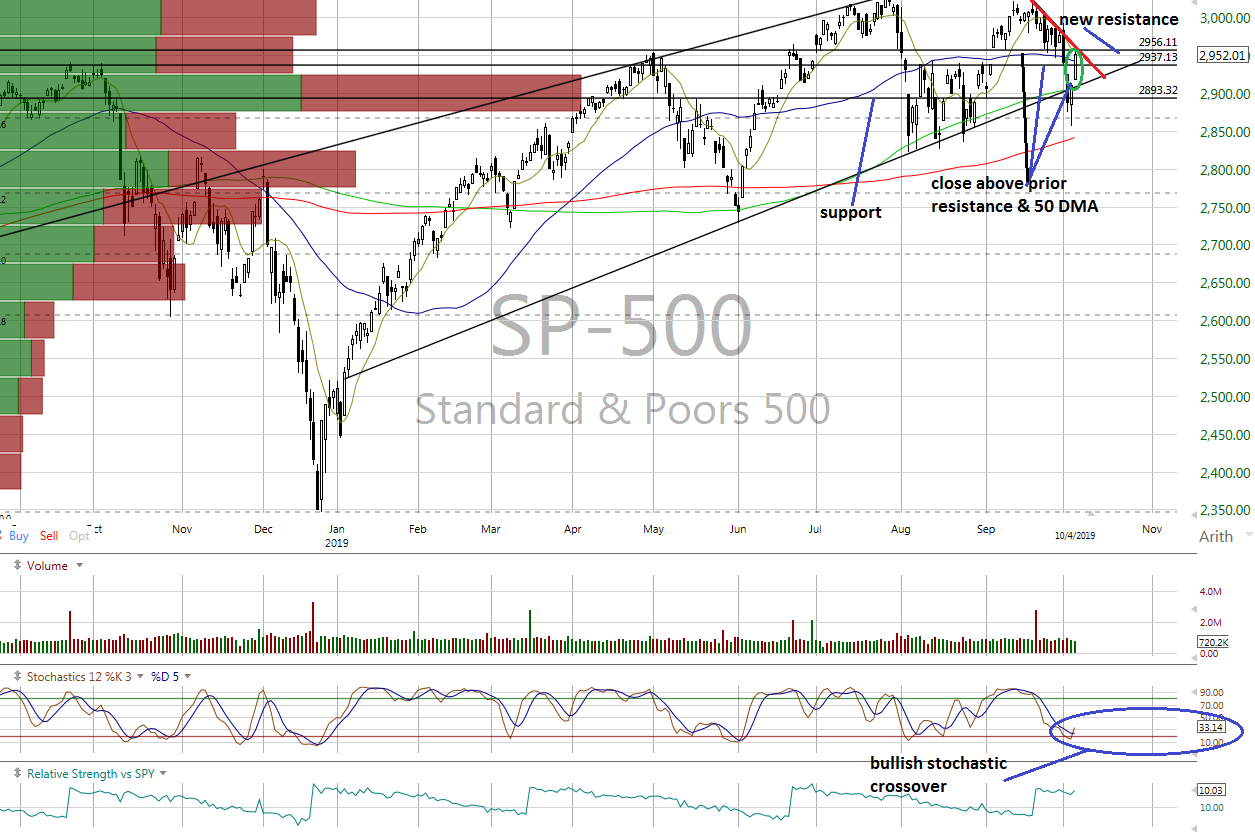 We would also note that overall trading volumes have been fairly substantial of late on declines while rally moves have occurred on lesser and decreasing volumes suggesting distribution even within last week's bounce.

Breadth improved slightly with the All Exchange and NYSE cumulative advance/decline lines turning neutral from negative while the Nasdaq's remains negative.

High "volume at price" (VAP) levels are supportive on the S&P, DJIA and Nasdaq 100 but the rest are resistant.

In short, the indices are notably split in terms of performance.

The data has turned neutral including all of the one-day McClellan Overbought/Oversold Oscillators (All Exchange:-28.55 NYSE:-24.54 Nasdaq:-33.1). The lion's share of that fuel has now been spent, in our opinion.

The detrended Rydex Ratio (contrary indicator) is a neutral +0.09 as is the percentage of S&P 500 stocks trading above their 50-day moving averages at 50.1.

The Open Insider Buy/Sell Ratio is also neutral at 62.9.

Valuation is appealing with forward 12-month earnings estimates for the S&P 500 at $175.04 per share via Bloomberg, leaving the forward P/E multiple at 16.9x, while the "rule of twenty" finds fair value at 18.5x.

While the last two sessions brought a bounce with some chart improvements, all of the short-term trends remain negative as trading volumes have suggested distribution within said bounce and oversold conditions have now been relieved. Also, with the index performances split, we are maintaining our near-term "neutral/negative" outlook.