Let's check out a few YELP charts before making reservations.

In the daily bar chart of YELP, below, we can see that as the stock has rallied it has tested the rising 50-day moving average line a number of times since December. The current test of the average line could fail as the On-Balance-Volume (OBV) line has weakened from mid-March and the Moving Average Convergence Divergence (MACD) oscillator has crossed to the downside for a take profit sell signal.

In this weekly Japanese candlestick chart of YELP, below, we can see a top reversal pattern over the last three weeks. The weekly OBV line shows a little weakness and the MACD oscillator is narrowing.

In this daily Point and Figure chart of YELP, below, we can see a potential downside price target in the $30 area. A trade at $36.02 could start to weaken this chart. 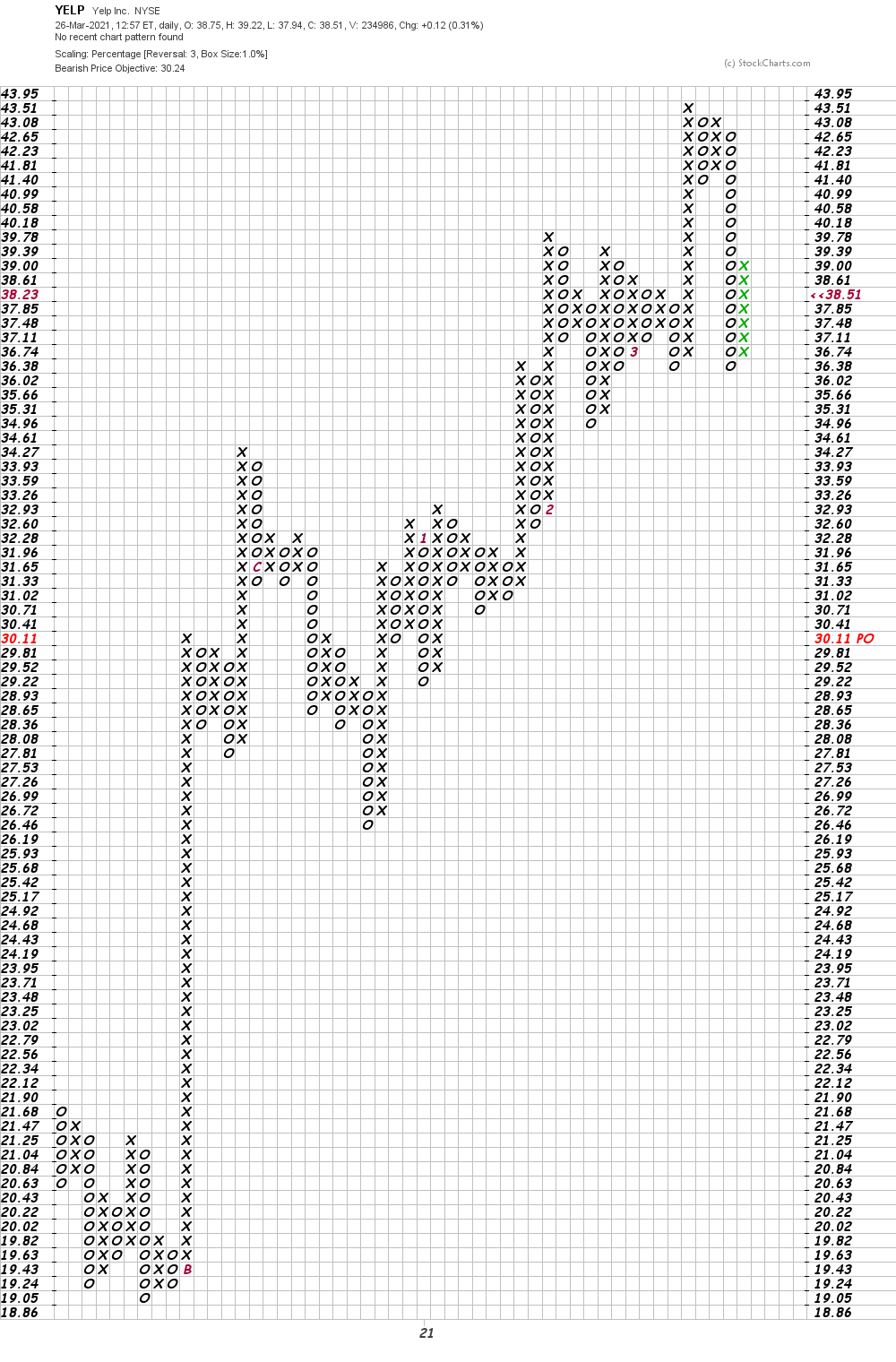 Bottom-line strategy: For the past year we have only ordered from local mom and pop restaurants so we have not had much of a need to check reviews. But that could change after our second vaccine shot. The charts of YELP suggest the stock could pull back to the $30 area where we may want to be a buyer.
Get an email alert each time I write an article for Real Money. Click the "+Follow" next to my byline to this article.
TAGS: Investing | Stocks | Technical Analysis | Food & Drink | Restaurants | Mad Money