Semiconductor maker Xilinx Inc. (XLNX) has been weak recently and further losses look possible in the weeks ahead based on the charts and indicators. Let's see what these tools are showing.

In the daily bar chart of XLNX, below, we can see two important price gaps. The first gap in late January was bullish as prices broke out on the upside from a three-month consolidation pattern on heavy volume or turnover. Prices started a $50 rally from around $90 to around $140. The second gap is more recent -- at the end of April with prices gapping lower on heavy volume. XLNX gapped and closed below the flat 50-day moving average line.

The daily On-Balance-Volume (OBV) line has been "rolling over" the past six weeks and suggests a shift from aggressive buying to aggressive selling. The Moving Average Convergence Divergence (MACD) oscillator crossed to a take profits sell signal in early March and moved below the zero line in early May for an outright sell signal.

In the weekly bar chart of XLNX, below, we can see that prices nearly tripled in the past three years. We can also see that prices doubled from last May. The price gaps disappear on this weekly chart. XLNX is still above the rising 40-week moving average line but it could be tested in the weeks ahead.

The weekly OBV line shows strength from October but looks like it is rolling over now which would suggest that sellers of XLNX had become more aggressive. The weekly MACD oscillator has crossed to the downside from above the zero line for a "take profits" sell signal.

In this Point and Figure chart of XLNX, below, we can see a bearish pattern and a bearish downside price objective. There is potential chart support in the low $90s but the price target measures down to around $80. 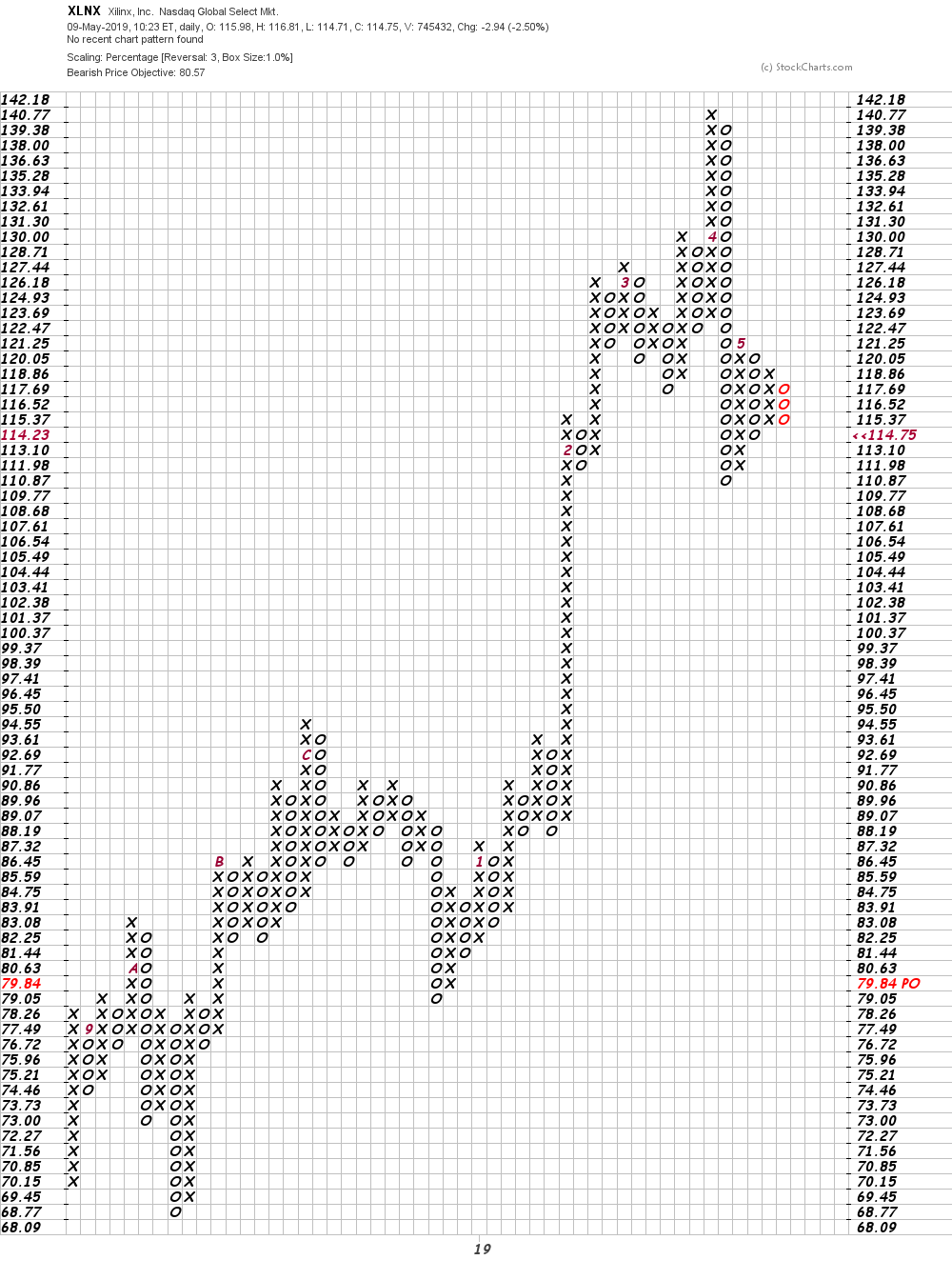 Bottom-line strategy: The gap to the downside last month on heavy volume has made an impression on me -- a bearish impression. XLNX looks like it will decline to prior resistance and the intersection of the 200-day moving average line in the $95 area. If you did not get defensive last month you should now.

Get an email alert each time I write an article for Real Money. Click the "+Follow" next to my byline to this article.
TAGS: Investing | Stocks | Technical Analysis | Semiconductors & Semiconductor Equipment