Earlier this week, Walmart (WMT)  announced plans to lay off hundreds of corporate employees. Walmart said the move would "better position the company for a strong future."

With the bad news already out, it seems there's little else that could surprise investors. The performance bar has been significantly lowered, and the negative outlook is now priced into the stock.

I'm a long-term holder of Walmart. I wish I could tell you that buying now makes sense. Unfortunately, the chart disagrees. 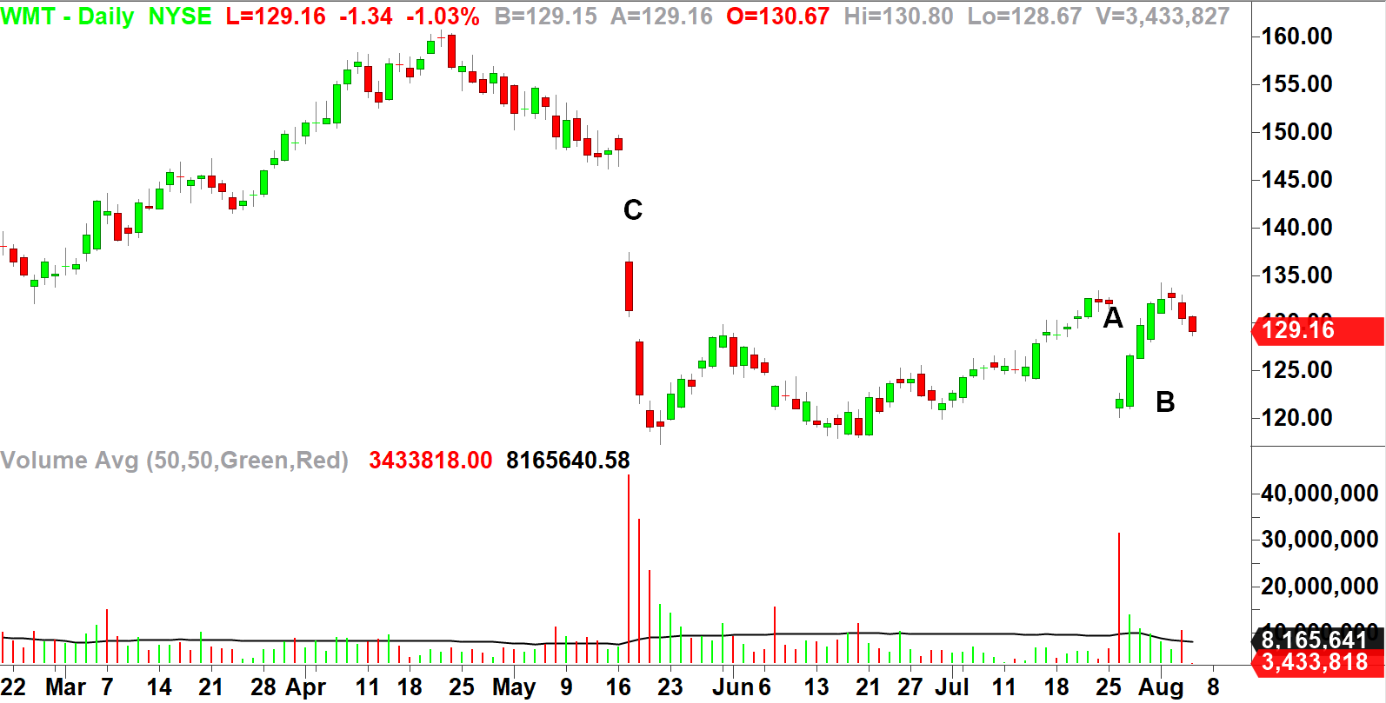 Walmart gapped lower on July 26, after cutting profit estimates (point A). That gap was filled by the end of last month.

Now that the gap has been filled, the stock has resumed its downward trajectory. I wouldn't be surprised if Walmart returns to the $120 area, where the stock found its footing on July 26 (point B). A larger gap from May remains unfilled (point C).

Walmart is a great company, but I'm disappointed in its execution. For example, whatever happened to Walmart Plus, the company's answer to Amazon (AMZN) Prime? At $98 per year, the service is nearly 30% cheaper than Prime. Despite this advantage, Walmart Plus has very little visibility and no buzz.

It's not a stretch to assume that Walmart's competitors are also having issues with consumer spending. However, some of them might have an edge in execution. That edge is likely to show up in the form of a superior chart.

One chart that stood out was Target (TGT) . The company faces many of the same challenges that Walmart faces, but Target has better technicals. 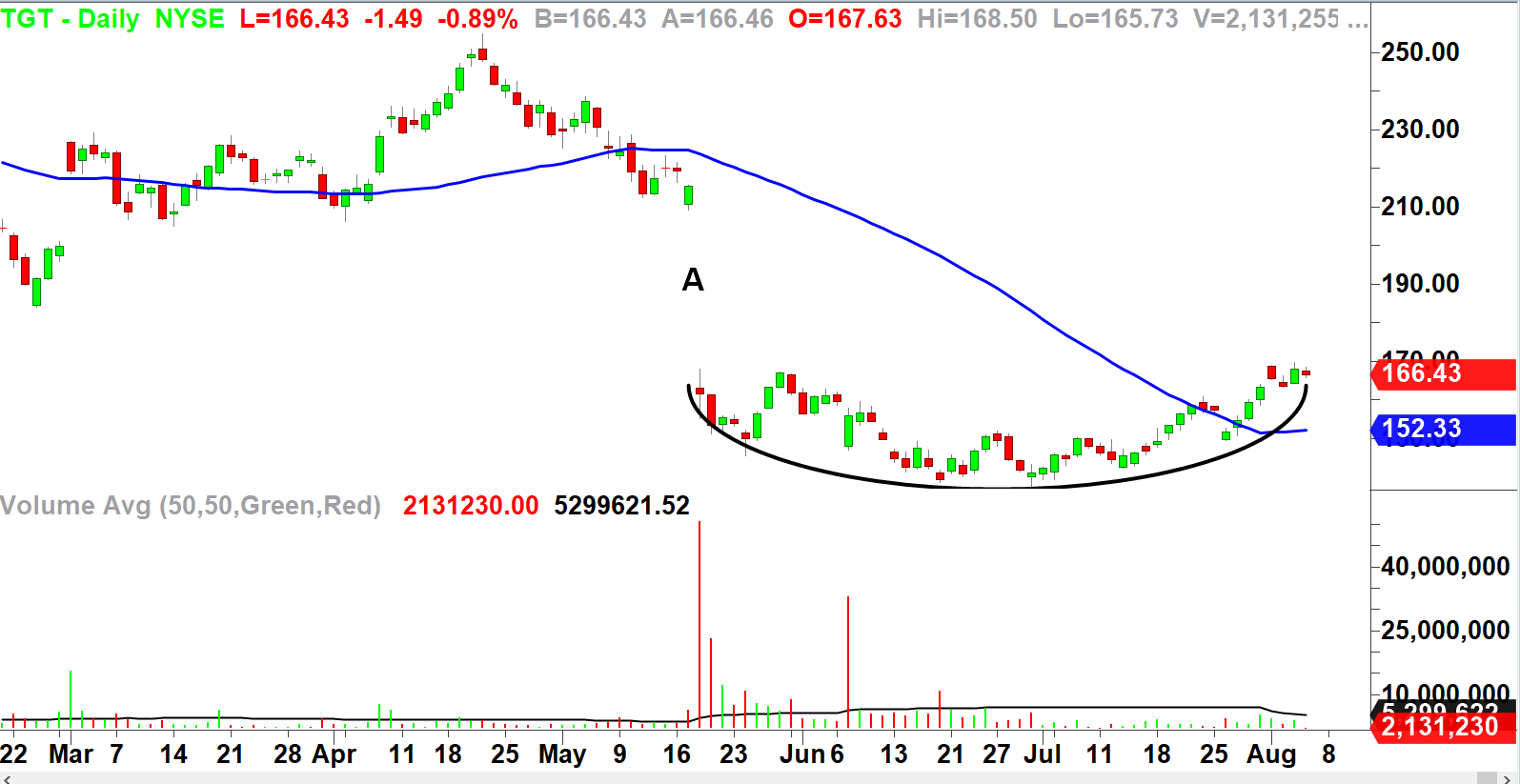 Over the past three months, Target has formed a large rounded bottom. That pattern projects the stock to the $190 area. Target has also traded above its 50-day moving average (blue) for over a week, after several months trapped below that indicator.

If Target does manage to reach $190, it'll probably continue climbing to $210 as it fills a massive gap (point A).

Target is scheduled to report earnings on Aug. 17. I'm not expecting a great report, but I believe much of the bad news is already reflected in the stock's price. I'm taking a long position in Target for a short-term trade.

Get an email alert each time I write an article for Real Money. Click the "+Follow" next to my byline to this article.
TAGS: Investing | Stocks | Retail