Mehrotra said Micron continues to gain momentum thanks to its strong product portfolio and its close partnerships with its customers. While manufacturers are struggling to procure matched sets of components for their products, the underlying demand for memory chips continues to be driven by long-term secular trends.

Mehrotra added that Micron is also shifting its portfolio to higher-margin products, including those developed in partnership with companies such as Nvidia (NVDA) , Intel (INTC) and Advanced Micro Devices (AMD) .

We looked at MU's charts earlier this month on Sept. 8 and wrote,  "Sometimes we can see technical hints that traders are doing some aggressive buying ahead of an earnings release, but unfortunately I do not see such buying in MU. Maybe that will change in the days ahead, but we would be getting ahead of ourselves. Currently I would remain on the sidelines of MU ahead of earnings."

In this updated daily bar chart of MU, below, we can see that prices have been in a decline from early April. MU fell to a low in August around $70 and had a feeble bounce in September. As we end the month of September we see the $70 area retested. If MU holds $70 on a closing basis we might be witnessing a bottom. Prices are below the declining 50-day moving average line and below the cresting 200-day line. The On-Balance-Volume (OBV) line shows it has been impressively steady the past three months despite the decline in price. For now I will assume that traders and investors largely held their long positions as MU corrected from April. The Moving Average Convergence Divergence (MACD) oscillator has been below the zero line since early May but now looks poised to cross above the zero line.

In this weekly Japanese candlestick chart of MU, below, we see a mixed picture. Prices are in a downtrend and are trading below the cresting 40-week moving average line. The weekly OBV line shows a bearish decline from March, which is a much different story than the daily OBV line. The MACD oscillator is below the zero line but narrowing and that is a positive development. We can see a number of lower shadows the past few weeks, telling us that traders are rejecting the dips around $70.

In this daily Point and Figure chart of MU, below, we can see a downside price target in the $67 area. A trade at $75.96 or higher will improve the picture. 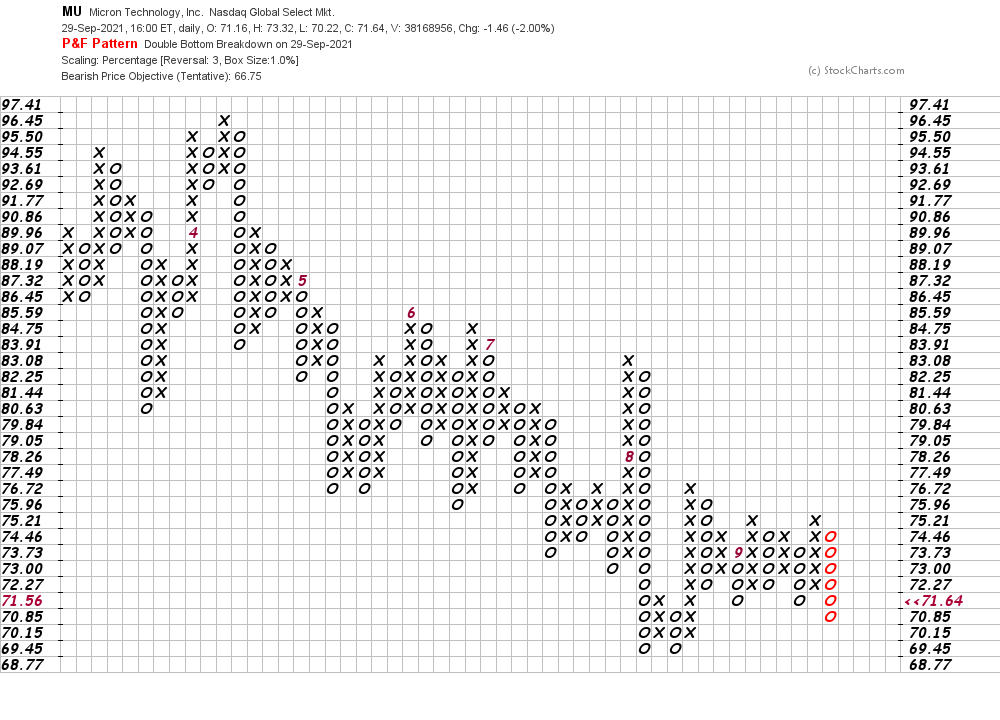 In this weekly Point and Figure chart of MU, below, we can see a potential price target in the $64 area. 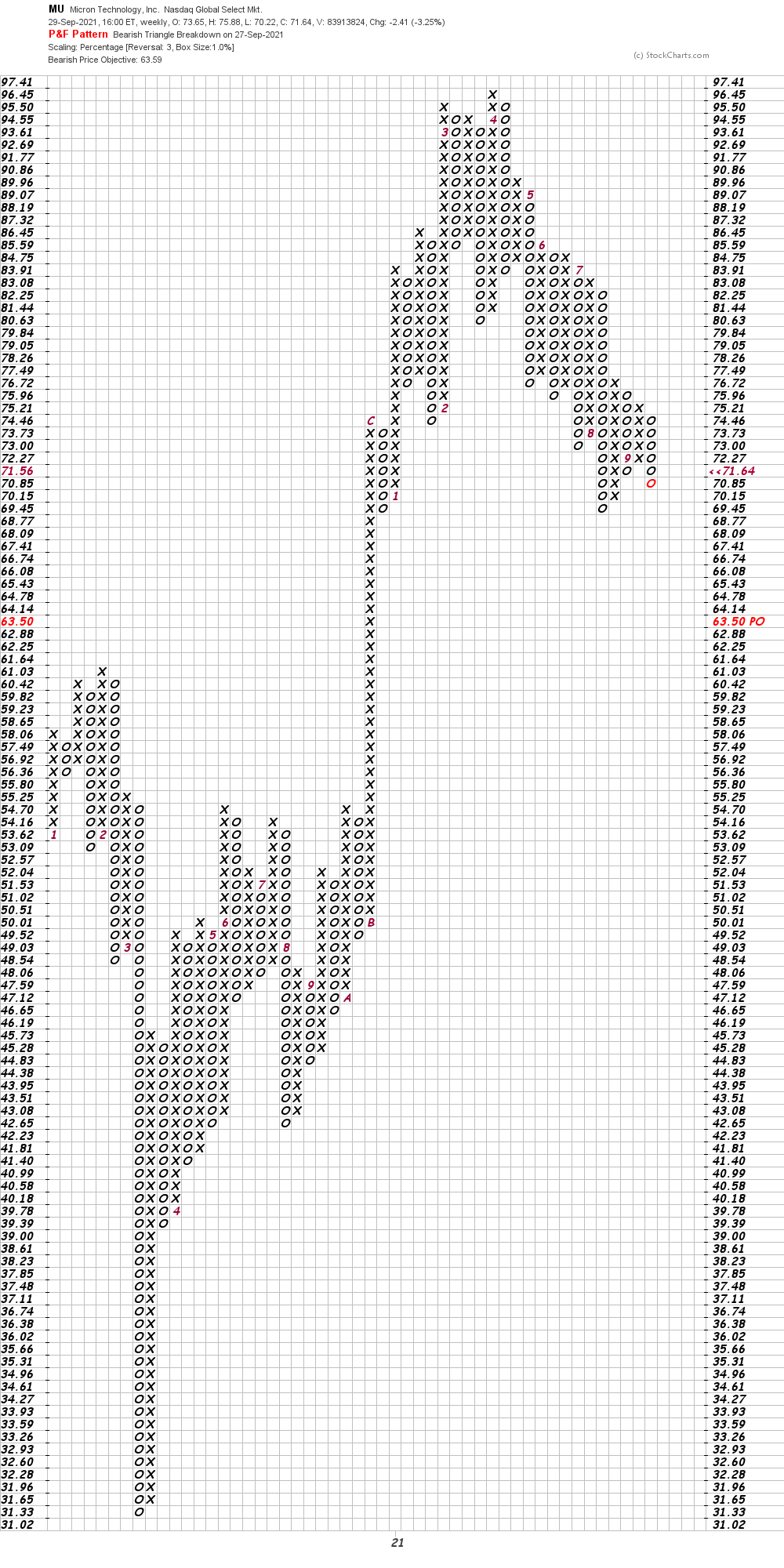 Bottom line strategy: Overall the charts of MU are mixed, but if we continue to see the $70 area hold then traders could go long MU on strength above $76.

Get an email alert each time I write an article for Real Money. Click the "+Follow" next to my byline to this article.
TAGS: Earnings | Investing | Stocks | Technical Analysis | Trading | Semiconductors & Semiconductor Equipment | Technology | Mad Money | Executive Interview | Real Money