The company is making a powerful transition to focus more of its business on electric vehicles (EV). By 2025, BorgWarner expects to generate 25% of its revenue from EV and expects that figure to climb to 45% by 2030.

Cramer said he is excited by the move, adding that BorgWarner is also a natural beneficiary of the reopening economy in the short term. Its stock is cheap too, he said.

Let's check out the charts of BWA.

The trading volume is pretty much neutral for the past year. The On-Balance-Volume (OBV) line has followed prices up and down and this month it did not make a new high to confirm the new price highs. This was a bearish divergence.

The Moving Average Convergence Divergence (MACD) oscillator has made another bearish divergence as it did not make a new high with price and it has also crossed to the downside for a take profits sell signal.

In the weekly bar chart of BWA, below, we went back five years to get some perspective. Prices have so far halted their advance at the underside of a zone or area of resistance from late 2017 and early 2018 in the $50-$58 area. It will take strength above $54, the halfway point, to tell us that the resistance should be broken. The rising 40-week moving average is positive.

Trading volume has been heavy the past 12 months. The weekly OBV line has been strong the past 12 months but shows the start of turn lower suggesting that sellers of BWA could have become more aggressive. The MACD oscillator is above the zero line but narrowing toward a possible weekly take profits sell signal.

In this daily Point and Figure chart of BWA, below, we can see that the software is projecting a potential downside price target in the $35 area. 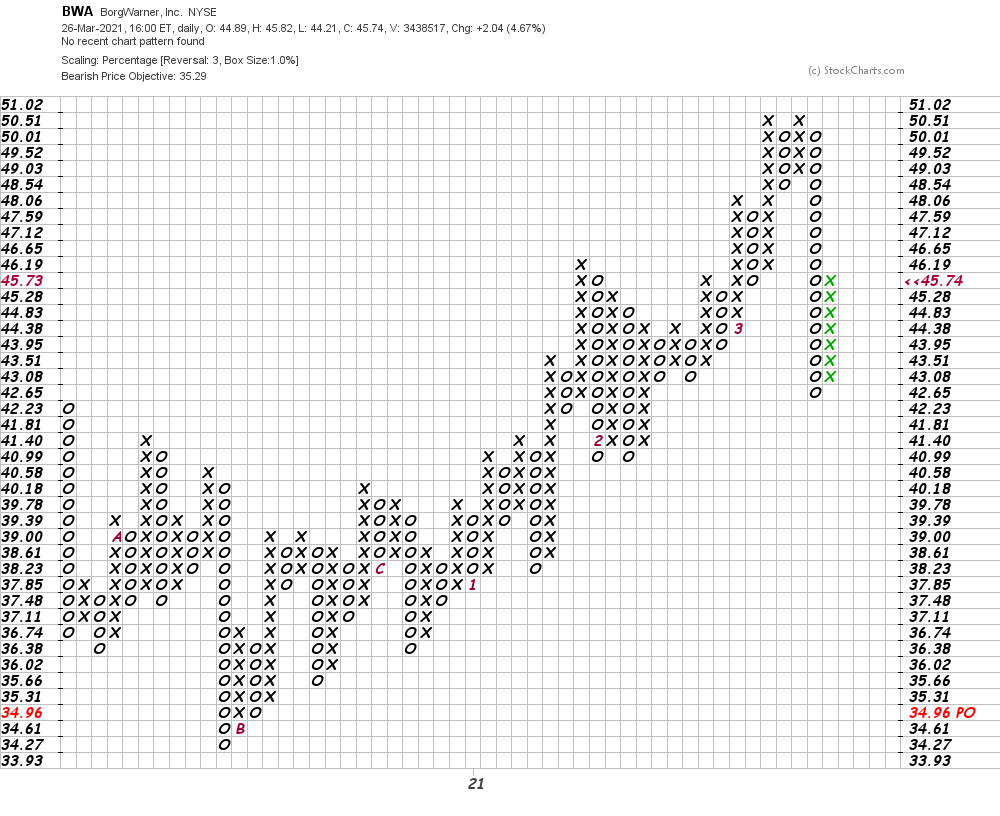 In this weekly Point and Figure chart of BWA, below, we can see there is longer-term potential for gains to the $62 area. 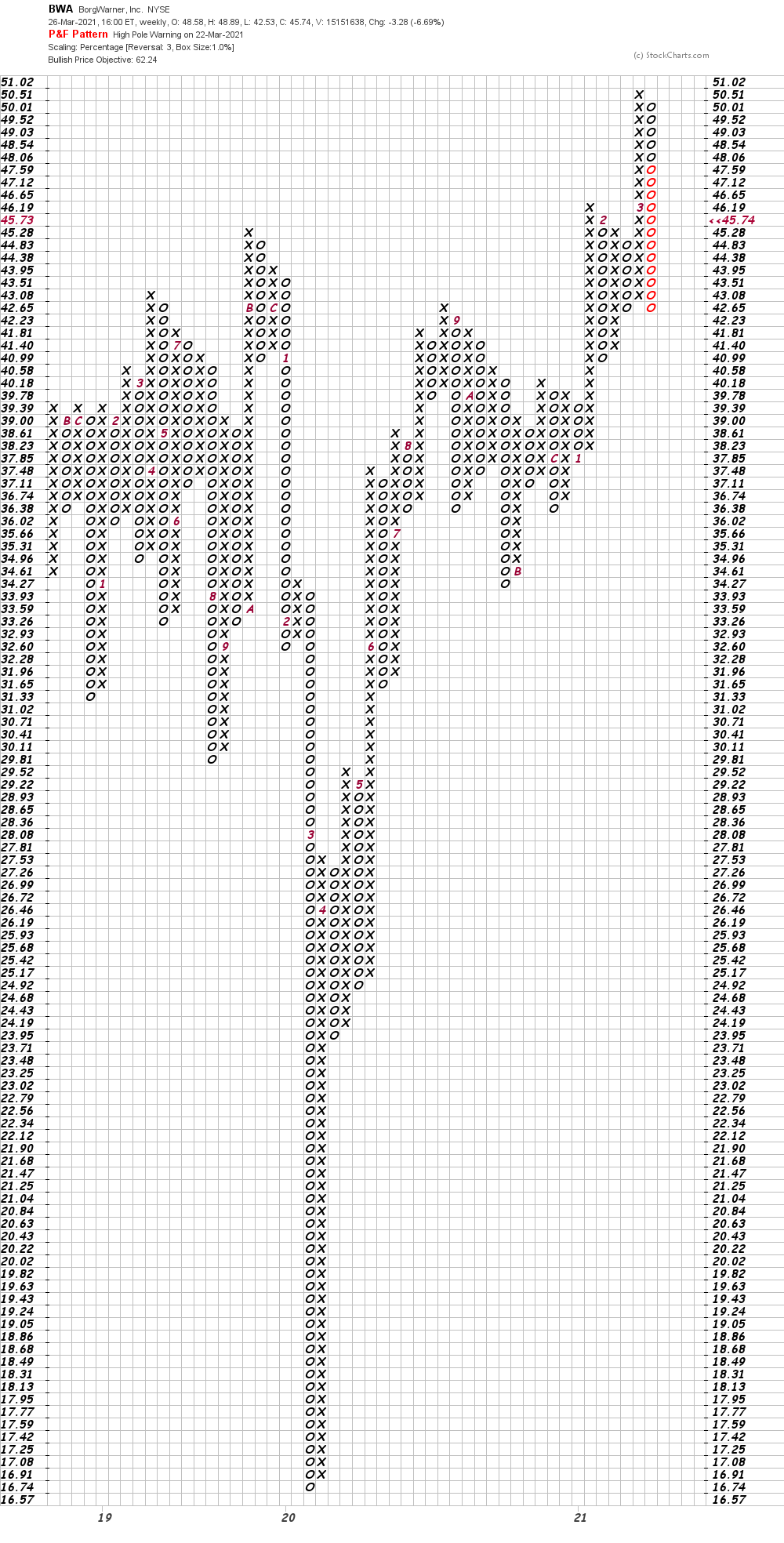 Bottom-line strategy: In the intermediate-term BWA shows risk down to the late October low but longer-term we could see a move to the low $60's. Be patient for the next few weeks.

Get an email alert each time I write an article for Real Money. Click the "+Follow" next to my byline to this article.
TAGS: Investing | Stocks | Technical Analysis | Automobile Components | Automotive | Industrials | Mad Money | Executive Interview

As the action cools, there is going to be more concern about how easy it will be for this market to continue to rally at this pace.