Narayen said that innovation is still alive and well, and Adobe remains at the forefront of creativity around the world. He said more and more things are happening inside of digital worlds and creators need tools to build those new immersive, 3D worlds. That's why Adobe has partnered with Meta Platforms (META) , a company with big plans for their virtual worlds.

Let's check out the charts and indicators of ADBE.

In the daily bar chart of ADBE, below, we can see that the shares declined from late November/early December to a low in early May. Prices steadied and improved to manage a rally above the declining 50-day moving average line. Prices are likely to pull back and retest the 50-day line Friday but this test is from above. The slope of the 200-day line remains negative.

The On-Balance-Volume (OBV) line is showing us a shift from a decline to March to a retest in May to turn the trend sideways. The trend-following Moving Average Convergence Divergence (MACD) oscillator has been improving since a low in January and creating a large bullish divergence when compared to the price action. The MACD oscillator is crossing above the zero line now and we will see how long this strength lasts.

In the weekly Japanese candlestick chart of ADBE, below, we can see some positive developments. At the end of April and the beginning of May we can see a bullish engulfing pattern to mark a bottom reversal. The slope of the lagging 40-week moving average line is still bearish.

The OBV line shows improvement in May and the MACD oscillator has signaled a cover shorts buy signal.

In this daily Point and Figure chart of ADBE, below, we can see a potential downside price target in the $405 area. 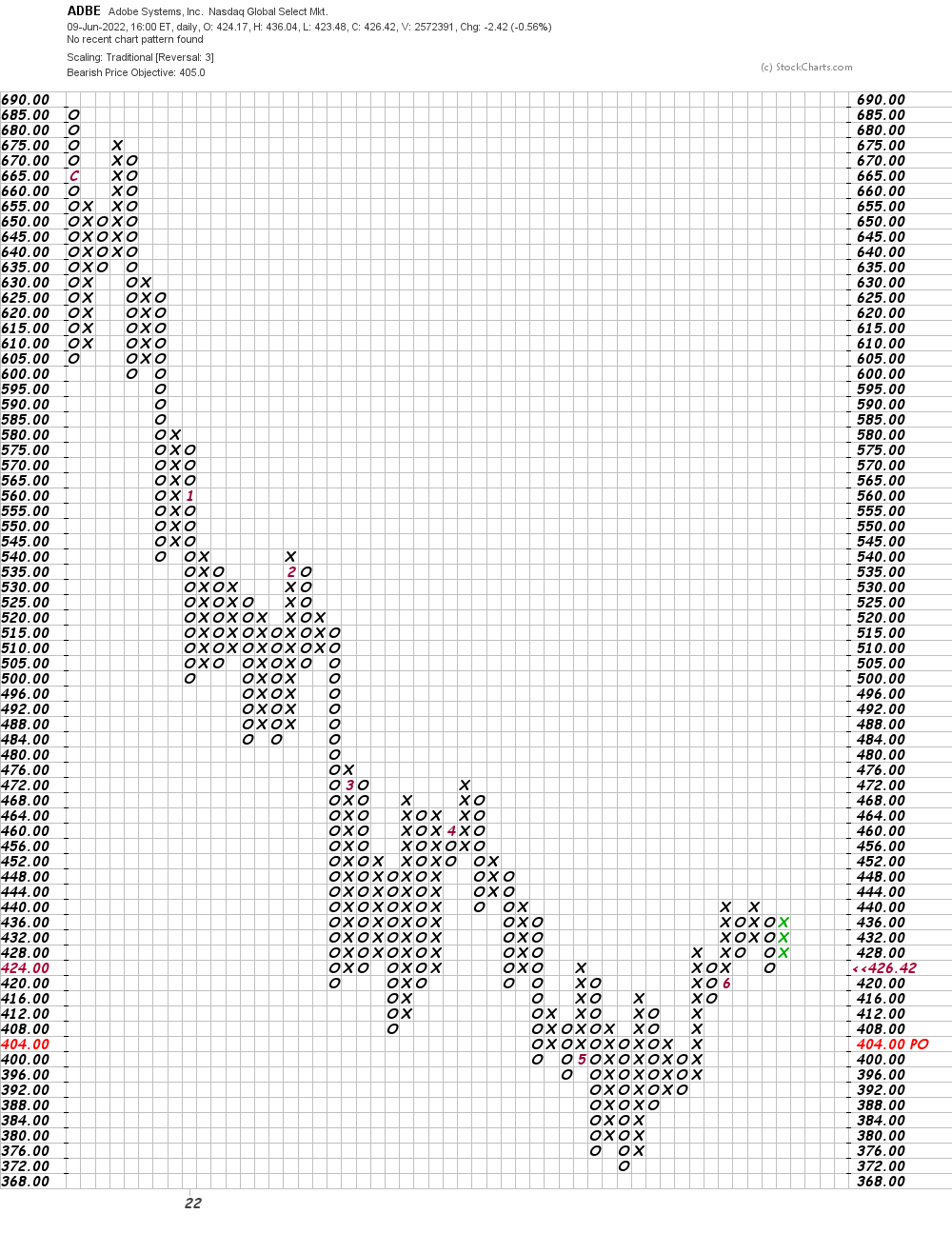 In this second Point and Figure chart of ADBE, below, we used weekly price data. Here the software suggests a downside price target in the $269 area. 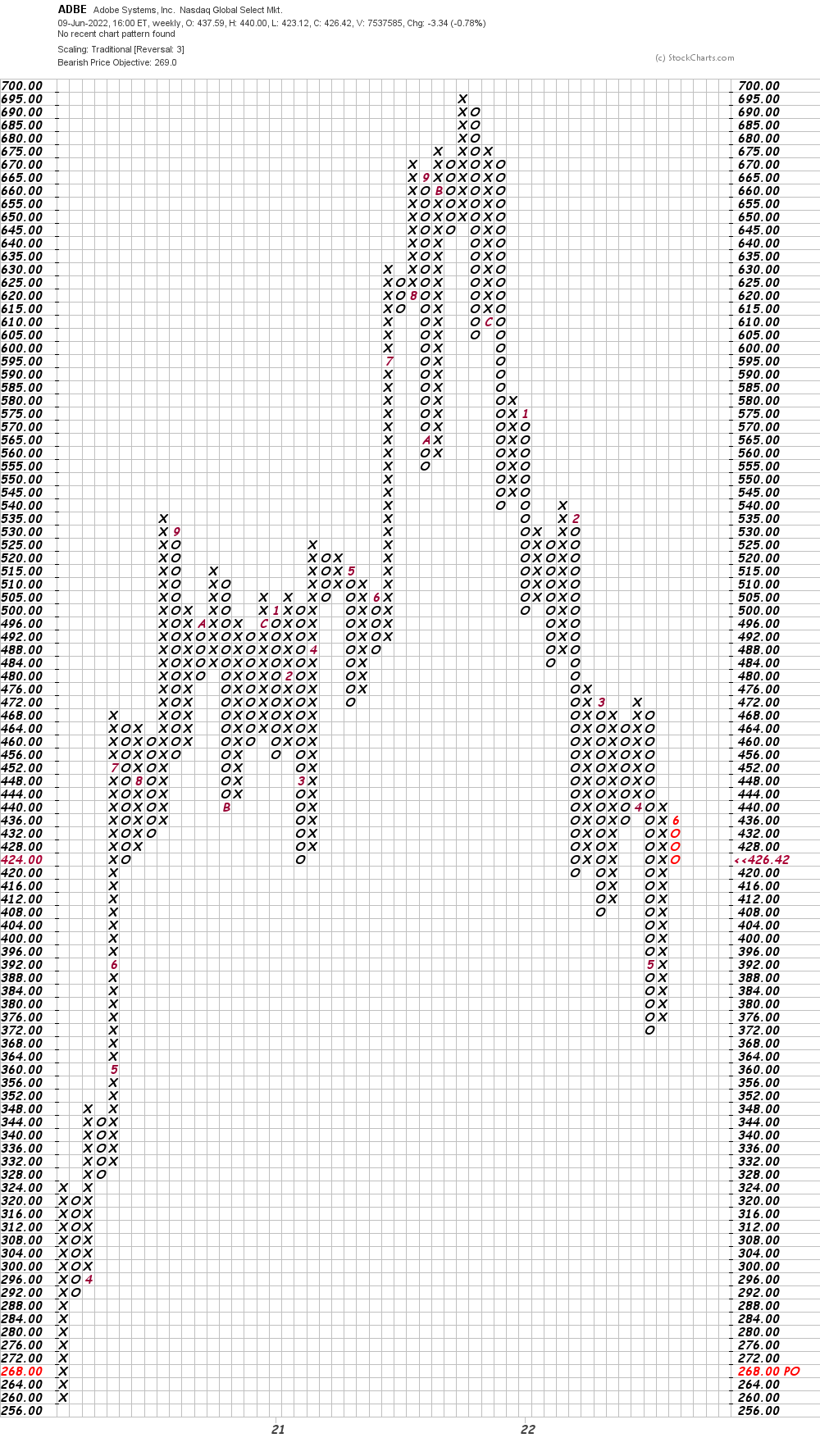 Bottom-line strategy: Visually the charts of ADBE suggest we are bottoming but the Point and Figure charts suggest there could be more risk ahead. ADBE is likely to retest the $400 area in the near-term and how it behaves from there is key. The stock could fail to find support and prices continue their longer-term decline or it could base and see stronger prices into the summer months. I would take a "wait and see" approach for now.