After nearly tripling in the past two months, what's in store for shares of Wingstop Inc. (WING)  ? While the stock could fly higher in the months ahead, we also could see a bit of a correction in the near future.

The On-Balance-Volume (OBV) line moved up strongly from the low in March and has drifted slightly lower this month. This movement suggests that the aggressive buying from the middle of March is still holding those new positions.

In the weekly bar chart of WING, below, we can see a positive picture. Prices are above the rising 40-week moving average line.
The weekly OBV line shows just a small down tick and the MACD oscillator is still in a strong buy position above the zero line.

In this Point and Figure chart of WING, below, we used daily price data. The chart is projecting a possible upside price target in the $155 area. A pullback into the $115-$110 area does not look far fetched. 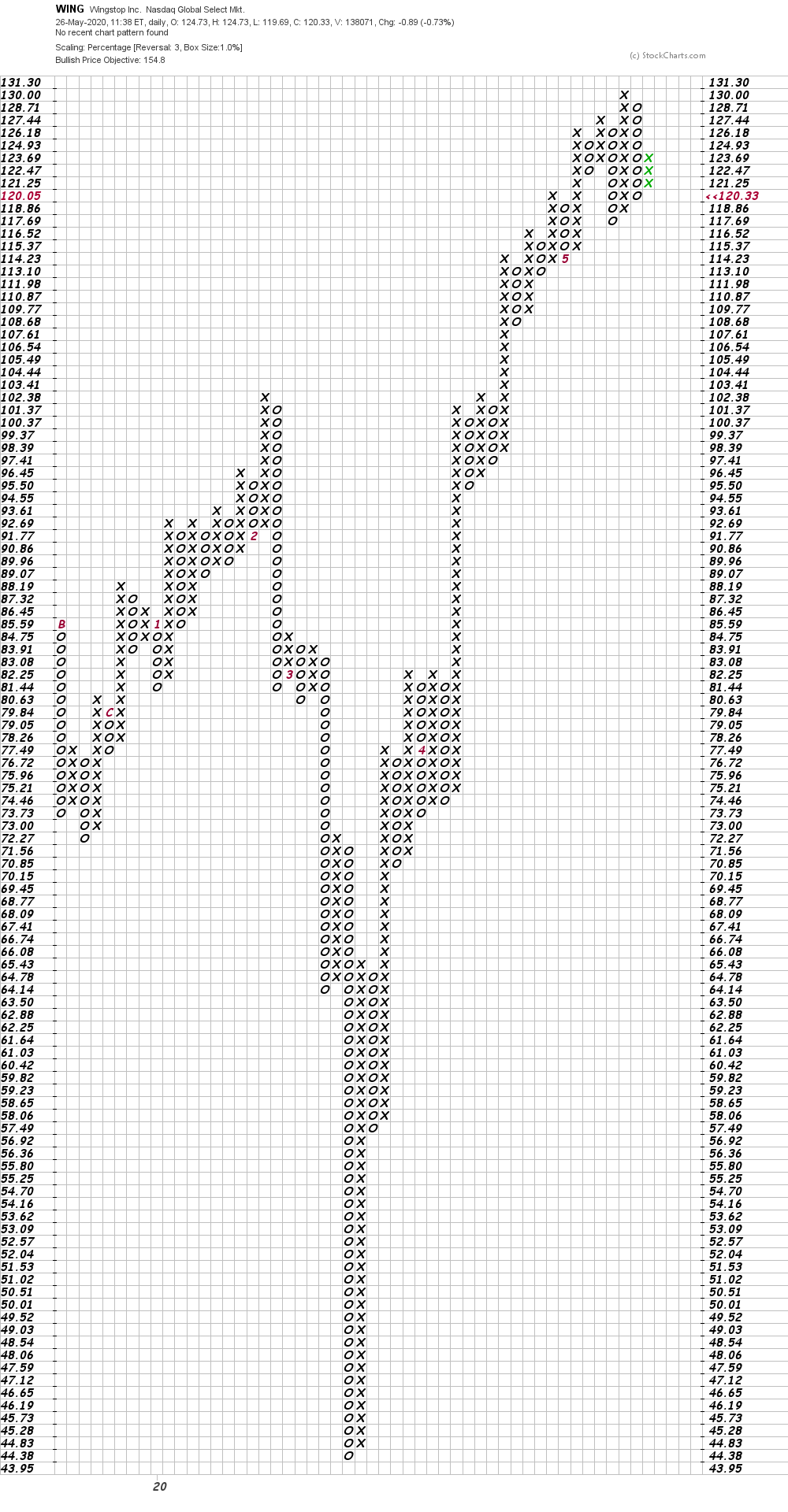 Bottom-line strategy: WING could pull back in a sideways to lower correction in the next several weeks. Recent longs should exit but longs from lower levels can hold.
Get an email alert each time I write an article for Real Money. Click the "+Follow" next to my byline to this article.
TAGS: Investing | Stocks | Technical Analysis | Food & Drink | Restaurants