Morrison said Wingstop invested heavily in digital sales even before the pandemic. During its most recent quarters, 65% of sales came from digital and that number is increasing every quarter. Wingstop also is moving beyond just chicken wings and is planning big promotions around this Thursday's "National Wing Day" that include chicken thighs as well.

Cramer was excited about Wingstop's plans to enter Manhattan. Morrison said Wingstop's first location will open within a few weeks and there are 25 locations planned by 2023, all of which will be company-owned. It is growing quickly in Europe as well.

All this growth comes at a time when chicken prices are up 60%. Morrison said he believes prices will stabilize in 2022, giving the company even more earnings power.

Let's check out the charts of Wingstop.

In our review last Feb. 17 we expected further declines and prices did not bottom until early March. Prices have recovered and are challenging the highs of last August and February. An upside breakout could happen soon. Prices are above the rising 50-day and the bullish 200-day moving average lines. The On-Balance-Volume (OBV) line has been in an uptrend from early November and only shows a small dip in February and early March when prices sank sharply. The Moving Average Convergence Divergence is bullish and pointed higher.

In this weekly Japanese candlestick chart of WING, below, we can see that this is the third big attempt for prices to break out over the $170 area. Prices are in a longer-term uptrend as they trade above the rising 40-week moving average line. The weekly OBV line shows us a slow increase from March. The MACD oscillator is in a bullish alignment above the zero line.

In this daily Point and Figure chart of WING, below, we can see that the software is projecting a potential upside price target around $214. 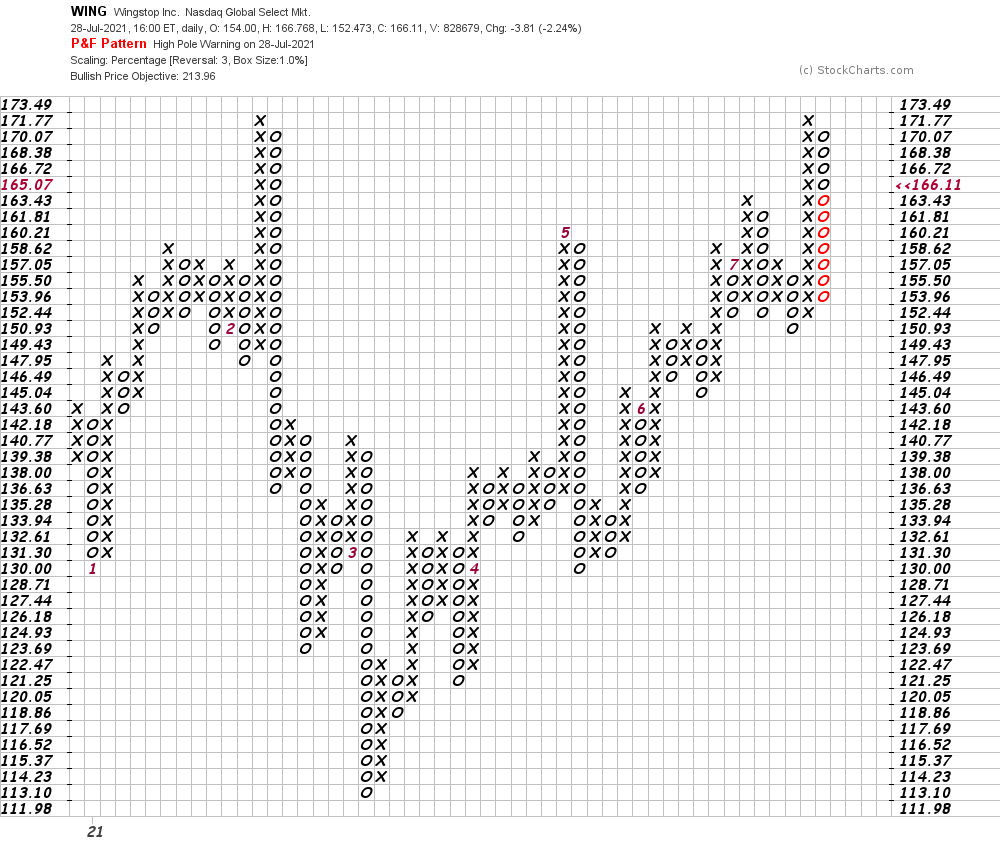 In this weekly Point and Figure chart, below, we used a traditional even-dollar scaling and a five-box reversal filter. Here the chart reveals a potential $313 price objective. 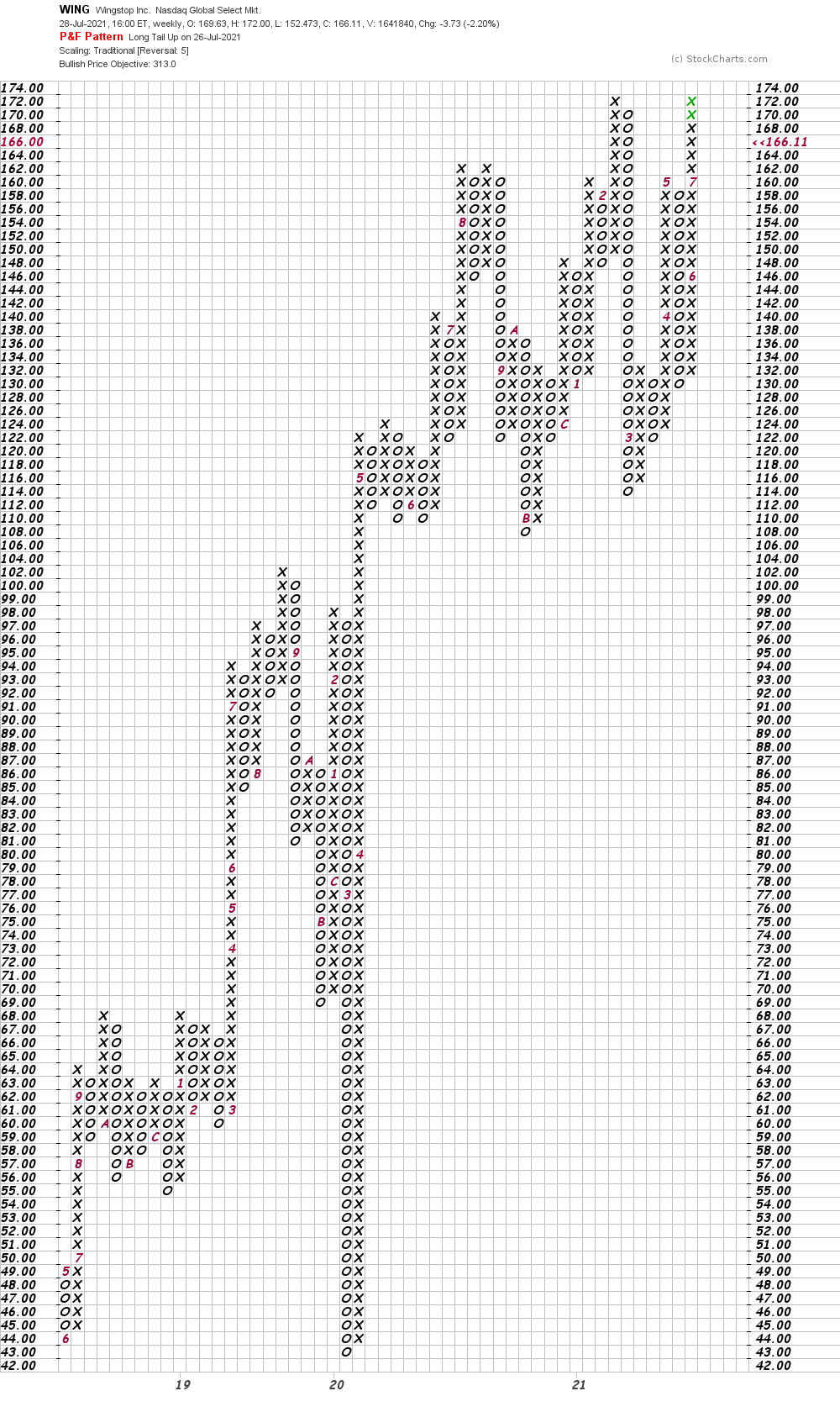 Bottom line strategy: The daily Point and Figure chart (above) tells us that a trade at $173.40 is needed to refresh the uptrend. Traders could use this to go long while risking to $150 for now. The $214 area is our first price target.