For his "Executive Decision" segment of Mad Money Wednesday night, Jim Cramer spoke with Charlie Morrison, chairman, president and CEO of Wingstop Inc. (WING) , the restaurant chain whose shares fell 2.8% Wednesday on what investors perceived as a confusing quarter.

When asked about growth, Morrison was bullish on Wingstop's outlook. He said the concept is very portable and has performed well in every market they've tried.

Cramer said Wingstop is a long-term winner and when it's down is the time to buy. Let's check and see if the charts agree.

In the daily bar chart of WING, below, we can see that prices have rallied since late November but the rally has not been that robust, in my opinion. Prices did not turn higher with the broader market in early October and the advance has so far stopped short of the August zenith. Wednesday's big outside day and lower close is a wake up call for longs. (Futures traders in the 1970s often took a big outside day and lower close as a reversal pattern.)

The daily On-Balance-Volume (OBV) line shows some modest improvement from a November low but the line is not leading the way higher with new highs of its own. The trend-following Moving Average Convergence Divergence (MACD) oscillator turned bullish in the middle of December and now looks like it can shift to a take profits sell signal in the days and weeks ahead.

The weekly OBV line shows a peak in July of last year followed by a sideways to lower pattern. The MACD oscillator on this longer time frame is bullish and above the zero line.

In this first Point and Figure chart of WING, below, we used daily price data with a "traditional" scaling method. Here the chart shows that WING has reached a price target. Prices could trade higher but achieving a price target should be kept in mind when evaluating a stock. 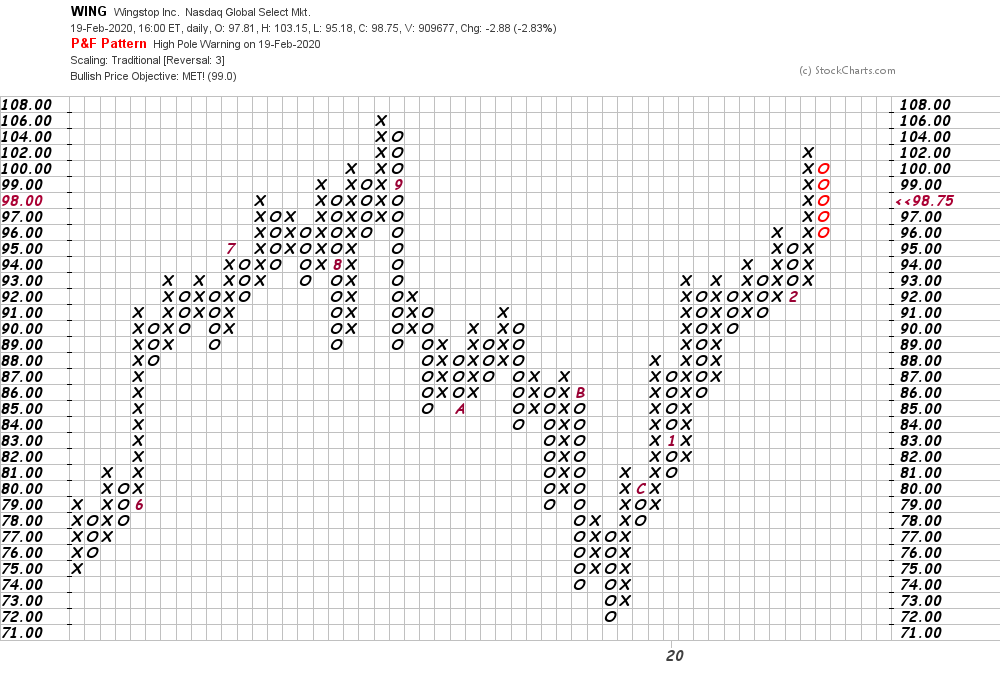 In this second Point and Figure chart of WING, below, we used daily percentage price swings. This suggests a price target in the $118 area. 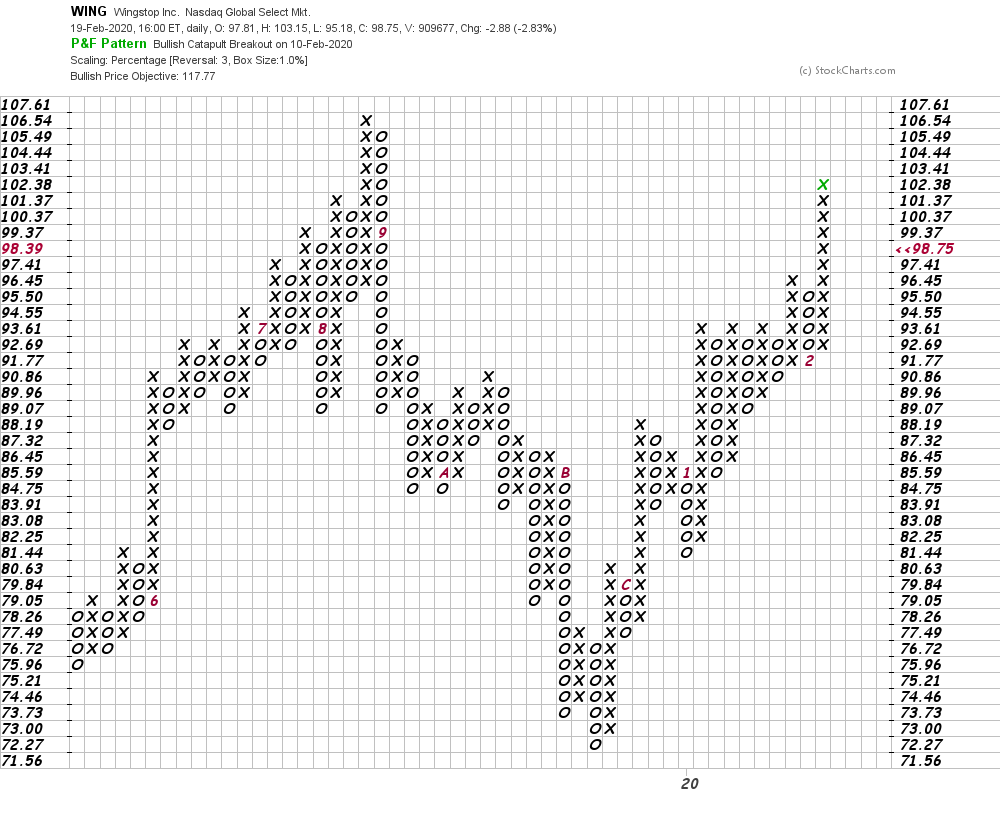 Bottom-line strategy: The rally in WING since November has not been as strong as we would like to see. It started later than the broader market and WING has not pushed up to a new high like the broader market. These differences make me cautious.

Get an email alert each time I write an article for Real Money. Click the "+Follow" next to my byline to this article.
TAGS: Earnings | Investing | Stocks | Technical Analysis | Food & Drink | Restaurants | Mad Money | Executive Interview