Skipworth explained that unlike every other restaurant chain, Wingstop is actually in a deflationary environment, after wing prices peaked last year during the height of the pandemic. Wing prices have fallen from $3.22 per pound to just $1.63 per pound, a very meaningful decline.

When asked about that volatility, Skipworth said that chicken farmers make their money from chicken breasts, which leaves wings as a byproduct. And after everyone added wings to their menus during the pandemic, many couldn't make them profitable, as Wingstop has.

Part of the reason Wingstop is so profitable is their labor footprint. A location generating $1.6 million a year can run with just three or four team members, Skipworth said, which is why they ultimately see over 7,000 locations possible in the U.S.

Let's get some extra napkins and check out the charts and indicators on WING.

In the daily bar chart of WING, below, we can see that the shares peaked in September and have suffered a painful decline. Trading volume has been increasing this calendar year and tells us that more and more traders and investors are changing their views of the company. The slopes of the 50-day and 200-day moving averages are bearish.

Sellers of WING have been more aggressive since September and the weak On-Balance-Volume (OBV) line confirms the price declines to date. The Moving Average Convergence Divergence (MACD) oscillator is below the zero line but is poised for a cover shorts buy signal.

In the weekly Japanese candlestick chart of WING, below, we went back five years to gain some perspective. A large top pattern has played out over the past year and a half. Major support around $120-$110 has been broken and prices appear headed for their early 2020 lows. The lack of lower shadows does not help. The slope of the 40-week moving average line is negative.

The weekly OBV line is weak and the MACD oscillator is bearish and pointed lower.

In this daily Point and Figure chart of WING, below, we can see that prices reached and exceeded a downside price target of $77. 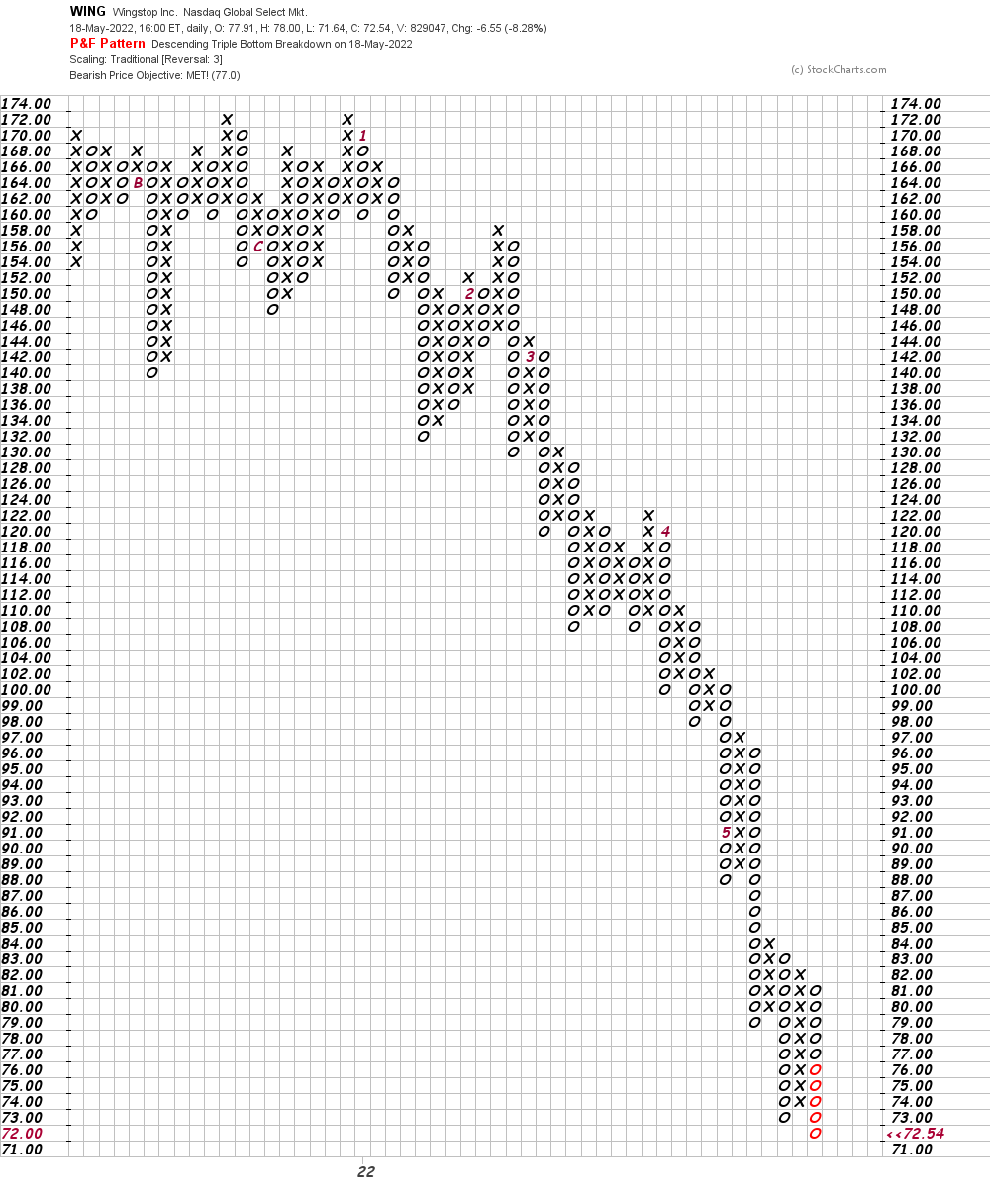 In this weekly Point and Figure chart of WING, below, we can see that the software is projecting the $57 area as a potential price target. 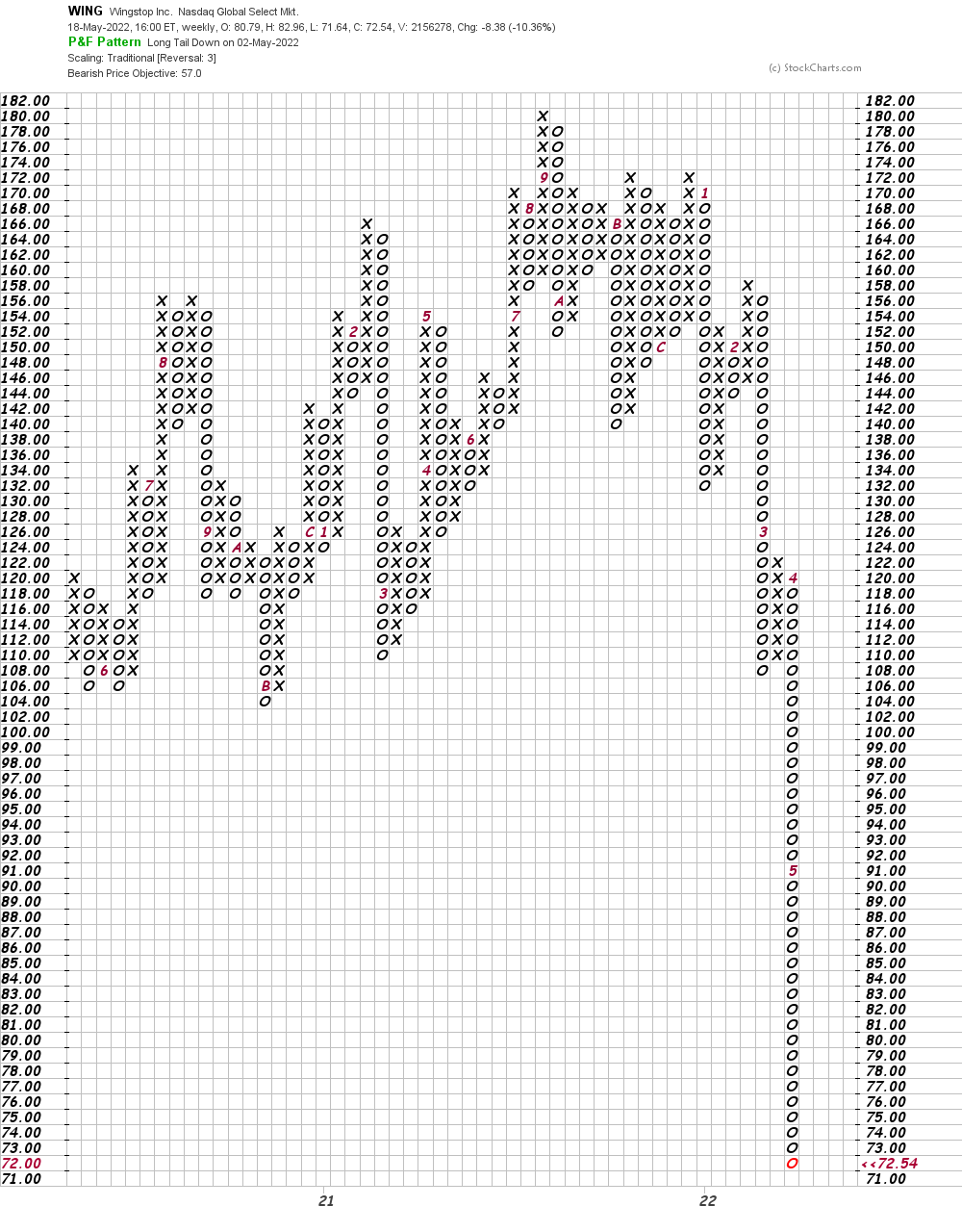 Bottom-line strategy: In our February 21, 2021 review of WING we were bearish. Unfortunately, we are still negative on shares of WING after a big decline. Order some wings but steer clear of the stock for now. Wait for a base pattern to develop.

Get an email alert each time I write an article for Real Money. Click the "+Follow" next to my byline to this article.
TAGS: Investing | Stocks | Technical Analysis | Restaurants | Mad Money | Executive Interview