It is fast becoming a spot on the chart that even folks who don't look at charts are throwing out there. In my experience, when there is a level that is so obvious we rarely get there or we blow right through it. Just look at the chart. You probably don't recall that in early August folks thought 4,200 was the level and then we rallied another 100 points beyond that, and hmmm, maybe we should be more bullish.

Or when in late September we broke the June low by about 100 points, folks called it a new breakdown. This is the reason I focus on the indicators and not the levels.

I don't know if we are rallying to or beyond or we will never get to 4,100, but I do know that for now, the intermediate term does not reach overbought until around Thanksgiving. This doesn't mean we should go up every day between now and then nor does it mean that once we get there everything turns south. It means between now and then the window is open for more rallying.

Overall breadth has been keeping pace generally in the rally since we bottomed in early October, but in the big picture notice that the S&P 500 (lower chart) is about 100 points from that September rally peak (at 4,100!!!) but breadth (top chart) still has quite a climb to get there. It can still do it and it's not out of the question, but it is something to watch. 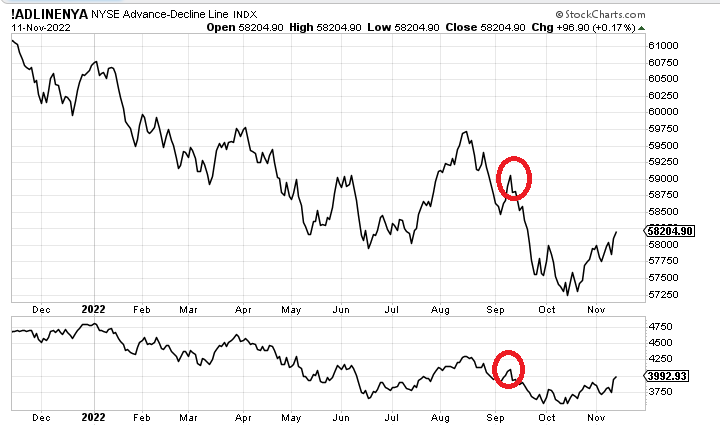 The McClellan Summation Index continues to rise and still requires a net differential of +3,900 advancers minus decliners on the New York Stock Exchange to halt the rise. For me to think breadth has soured this would have to halt the rise and roll over.

The negative divergence that is bothersome is the number of stocks making new highs. Friday's rally did nothing to assuage that view. For the time being, the peak reading for the NYSE is 98 in early November. For Nasdaq it is 140 in that same time frame. On Friday the NYSE saw 81 new highs and Nasdaq saw 110 (which was fewer than Thursday's reading). The Hi-Lo Indicators have stalled or ticked down as well. The window is open for this to change but so far it has not happened. 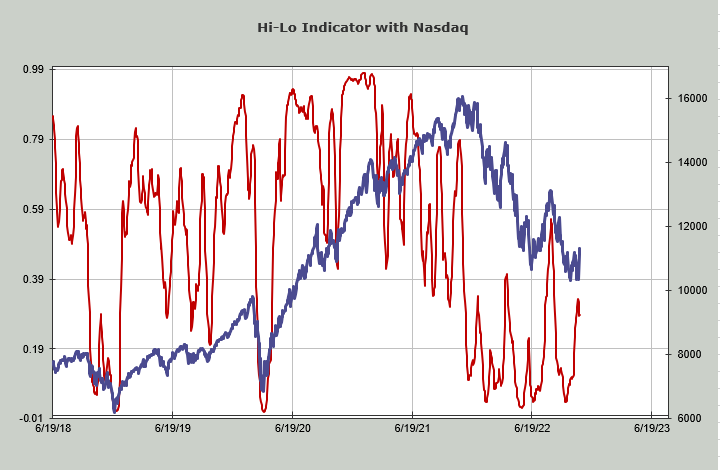 My best guess is we will now see some buying on dips and sentiment will continue to turn over the next week or so as folks continue to gravitate back into tech. We know folks tend to get more bullish when tech is rallying.