Amon touted the company's recent acquisition of Arriver, which completes Qualcomm's "digital chassis" for autos that include autonomous driving. He said Qualcomm aims to provide automakers with the whole package, including the smarts for assisted driving, but also the tech needed for a fully digital cockpit, 5G connectivity and a cloud platform to provide real time data and software updates. Qualcomm's digital chassis is expected to become a $2.5 billion product for the chipmaker.

Outside of autos, Qualcomm is also making big strides in other areas, including 5G wireless chips for cell phones and processors for the data center.

In the updated daily bar chart of QCOM, below, we can see that the shares were unable to break out to the upside in late December or early January. Prices reversed direction by the middle of January and a leg lower was the direction unfortunately. Prices broke below the rising 200-day moving average line by early March and then bounced temporarily above the 200-day line. QCOM now trades below both the declining 50-day average line and below the 200-day line.

The trading volume looks to be choppy to higher during March and the On-Balance-Volume (OBV) line shows only a modest improvement. The Moving Average Convergence Divergence (MACD) oscillator is below the zero line and appears to be crossing to the downside again.

In the weekly Japanese candlestick chart of QCOM, below, we can see a large lower shadow in early March but subsequent candles have not confirmed a bottom reversal. The 40-week moving average line is cresting.

The weekly OBV line has been stalled the past two months. The MACD oscillator is pointed down and close to the zero line for a possible future sell signal.

In this daily Point and Figure chart of QCOM, below, we can see a potential downside price target in the $126 area. 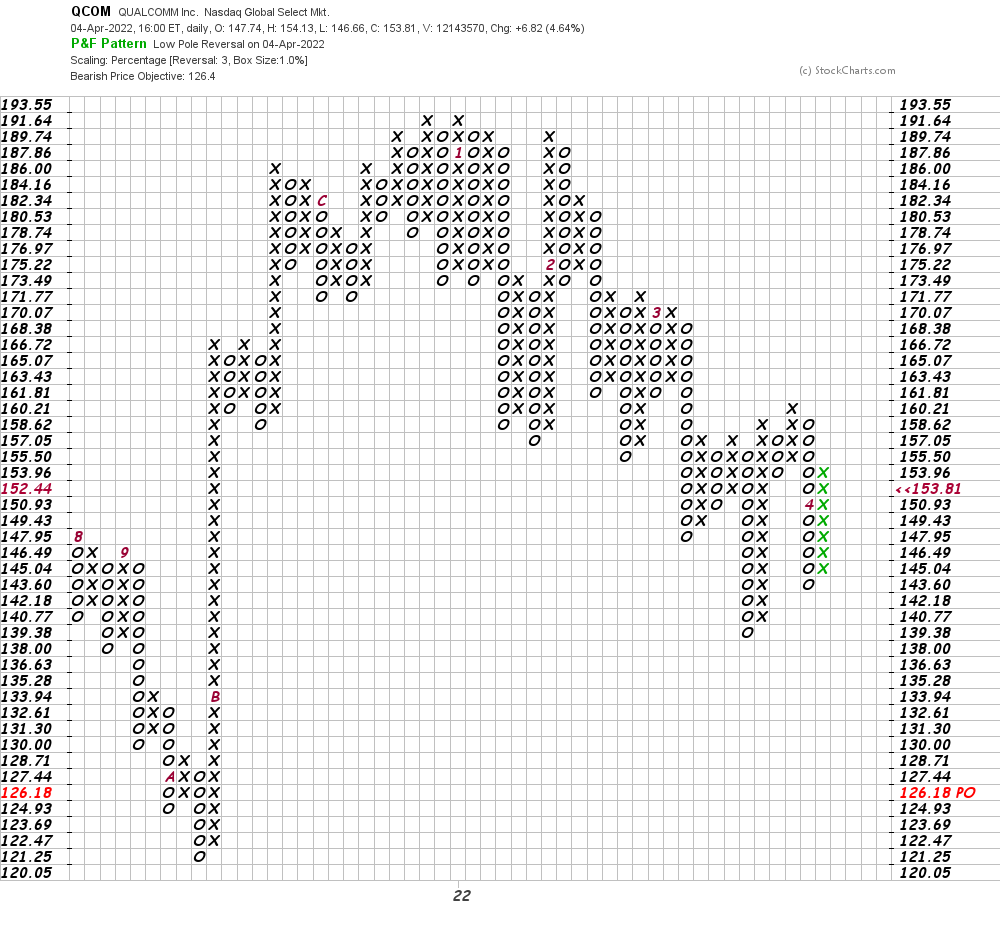 In this weekly Point and Figure chart of QCOM, below, we can see a slightly lower price target in the $122-$121 area. 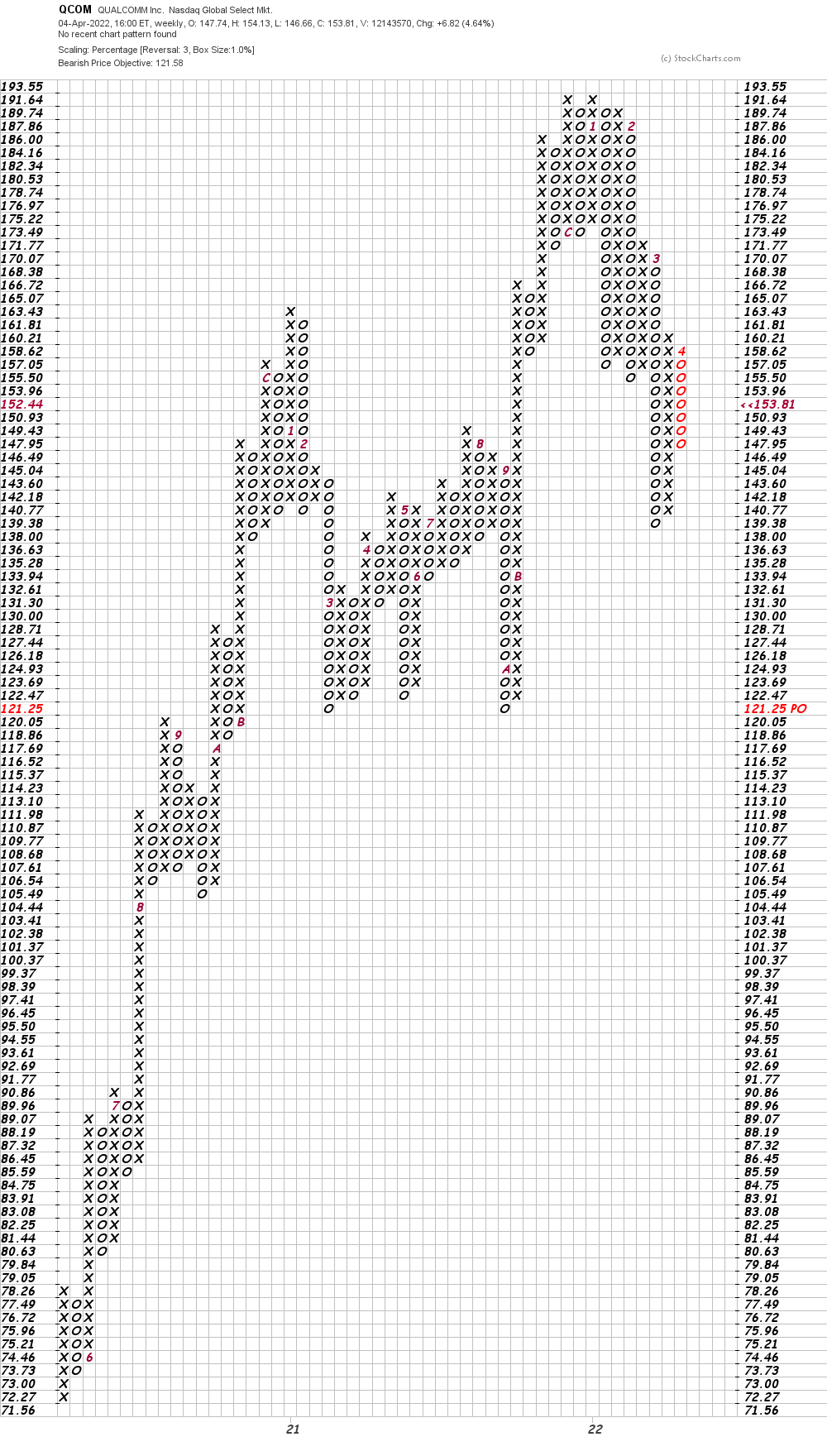 Bottom-line strategy: Traders should have been stopped out of their QCOM longs and be flat. For now the charts and indicators are not strong enough to warrant repurchase. Avoid the long side for now.