For his second "Executive Decision" segment of Friday's Mad Money program, Jim Cramer spoke with Phil Gallagher, CEO of Avnet (AVT) , to learn more about the state of the technology supply chain.

Gallagher explained that Avnet is at the center of many technology supply chains and as chip shortages intensify, more and more companies are reaching out for help. He said manufacturers are rapidly changing from "just-in-time" inventory models to "just-in-case" to ensure that a $1 microcontroller won't hold up the production of their $50,000 vehicles.

Avnet typically deals with smaller manufacturers, Gallagher added, but in today's environment, even the largest of companies have been in touch.

Let's check and see if this interest in the company has translated into a strong stock.

In the daily bar chart of AVT, below, we can see that the shares have been weakening since late May. The shares are now trading below both the declining 50-day moving average line and the rising 200-day line. We could soon see a bearish dead or death cross if the 50-day line falls below the 200-day line.

The On-Balance-Volume (OBV) line has been neutral as prices have declined since late May. This tells me that traders largely held their positions as AVT pulled back. The trend-following Moving Average Convergence Divergence (MACD) oscillator has moved below the zero line for an outright sell signal.

In the weekly Japanese candlestick chart of AVT, below, we can see that the shares are displaying some support around $38 but the 40-week moving average line is cresting.

In this daily Point and Figure chart of AVT, below, we can see that the software is calculating a potential downside price target in the $36 area. 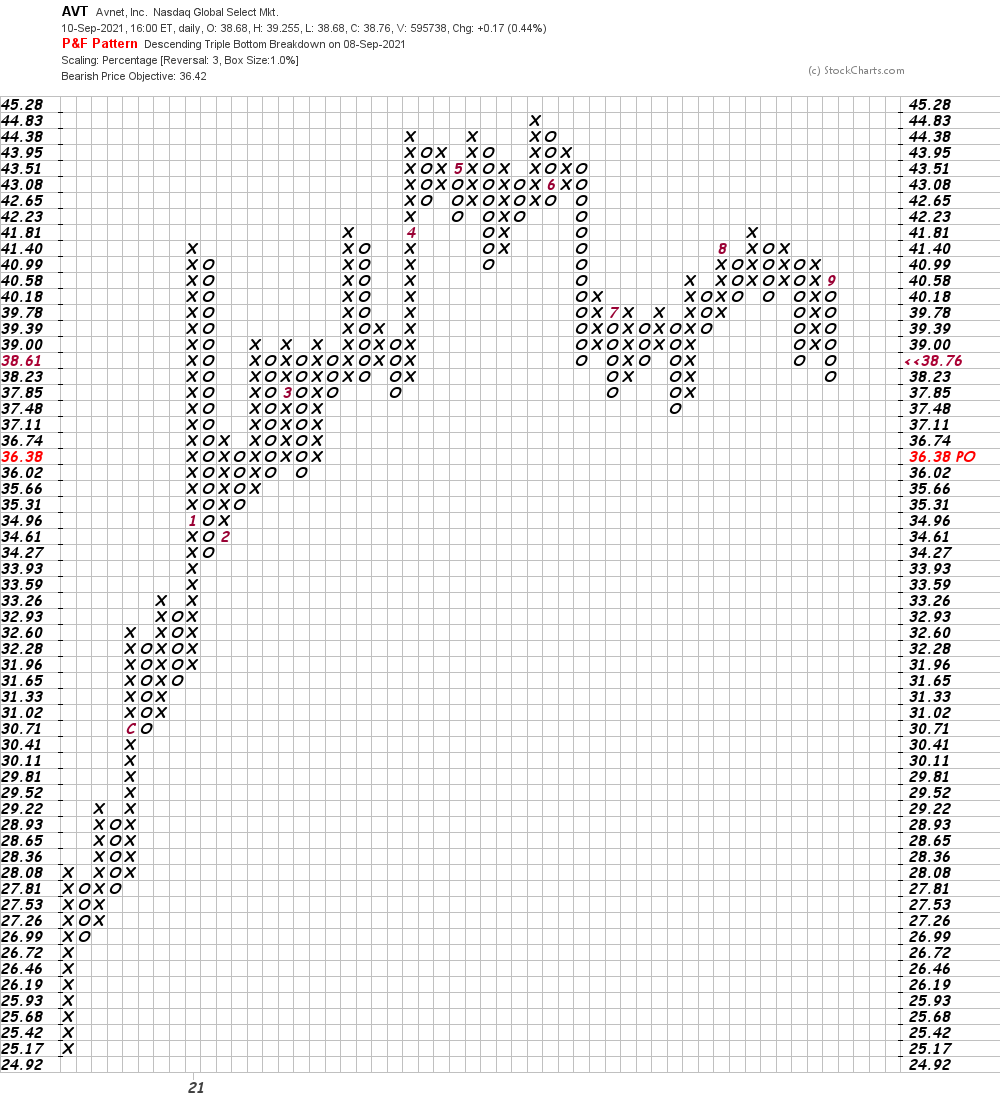 In this weekly Point and Figure chart of AVT, below, we can see a price target again of $36. 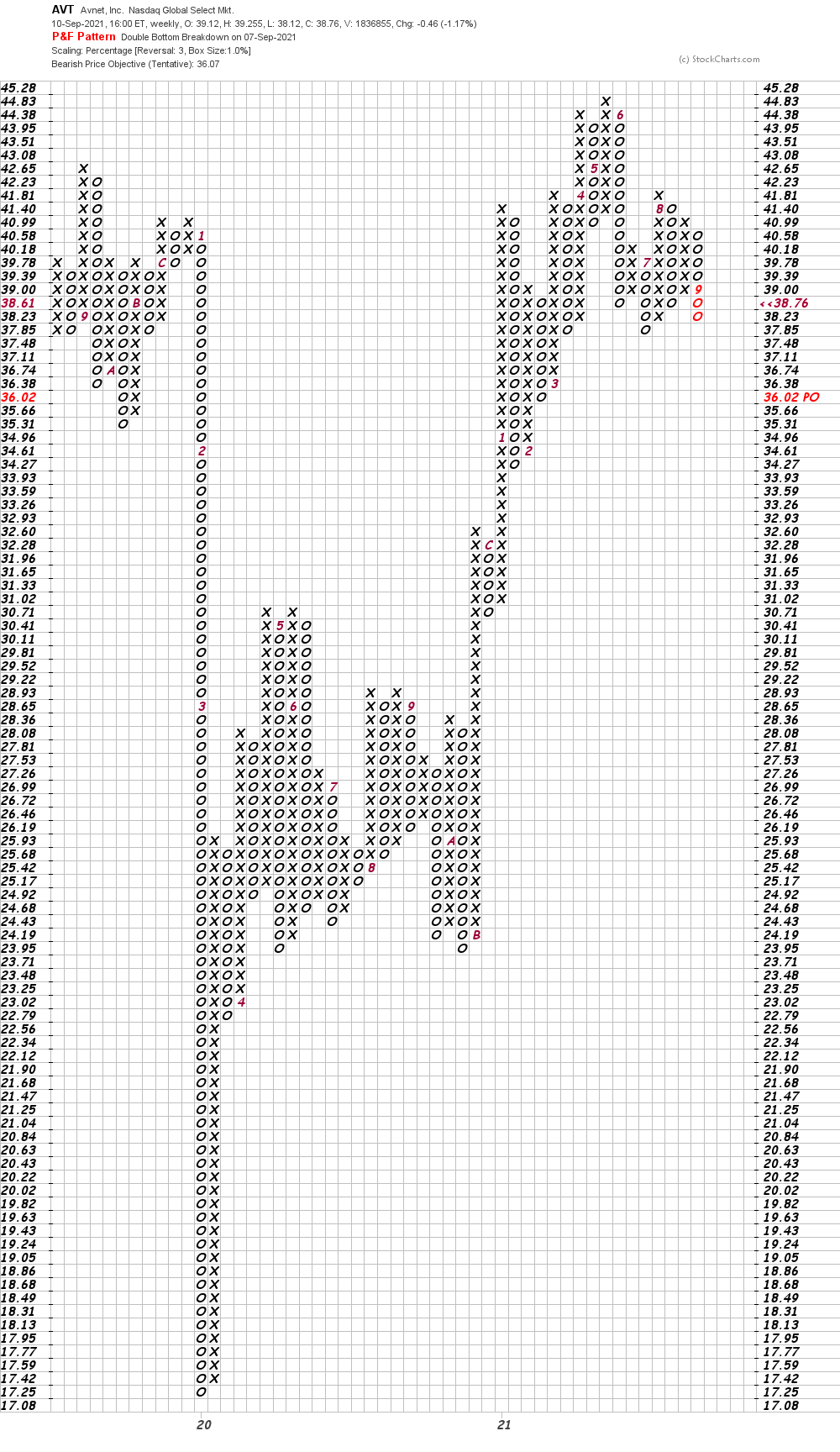 Bottom-line strategy: The fundamental story of AVT sounds promising but in the near-term and intermediate-term we could see AVT decline to the $36 area. A decline to $36 could precipitate further declines so defer purchases of AVT for now.

Get an email alert each time I write an article for Real Money. Click the "+Follow" next to my byline to this article.
TAGS: Economy | Investing | Stocks | Technical Analysis | Automobile Components | Technology Hardware & Equipment | Mad Money | Executive Interview