But we did break that uptrend line on the S&P that I drew in Thursday, which is good, and it was accompanied by fewer stocks making new lows, which means we had a minor positive divergence on the breakdown.

I rarely talk about the patterns on the index, because my sense on chart patterns on major indexes is they tend to be so well watched they often don't come to fruition. Witness the fact that we got a panic and whoosh on the break of the well-watched uptrend line. And there was no follow through on the breakdown.

But on the chart above, I have also circled an island pattern. The gap up in early September and the gap down earlier this week have created that pattern. Island tops are bearish. And this is why the next few days are critical. If that gap down from earlier in the week -- near 2940 -- cannot be filled, it leaves the island intact.

I would rather focus on the indicators, but in this case the pattern has not been well discussed so it is worth paying attention to.

Elsewhere, the day traders at the American Association of Individual Investors got bearish. The bulls slipped to 21.4% and the bears climbed to 39.4%. You can see on the charts below these are pretty big moves, but remember they are unconfirmed by the Investor's Intelligence polling, although I'll be shocked if the Investor's Intelligence readings don't show a turn in sentiment next week. 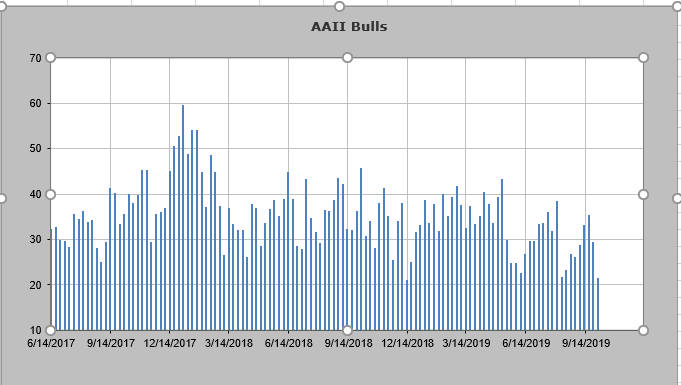 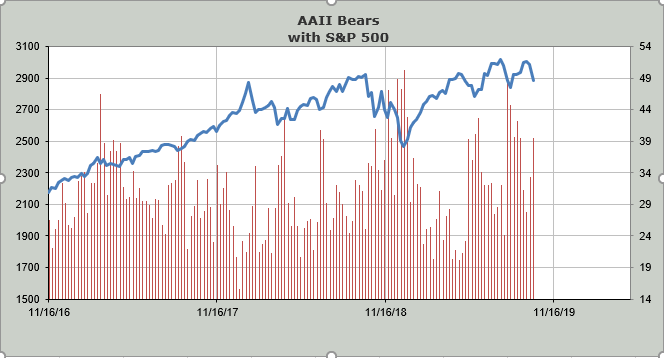 Then there is the put/call ratio which was 137%. This is the highest reading for this decline. Heck, it hasn't been here since late May. That means it never got this high in the month of August. It has taken the 10-day moving average up to where it was in August.

What's more is that three days ago the put/call ratio for exchange-traded funds was under 100%, which you might recall I thought was odd since it showed so much complacency. Thursday's bounce saw this reading surge to 201%, which means in the course of one week, we've seen folks go from complacent to scared. This is the first reading for this metric over 200% since Aug. 21.

If you're bullish, you should cheer for a gap fill at 2940. Even if the market turns south again from there. Closing the gap removes the island pattern.

I will end with a chart of the yield on the 10-year Treasury note. It has gone from 1.90% to 1.53% in a straight line. You can see the support around 1.45% on the chart. Typically when something has fallen that far that fast it doesn't break support on the first trip down. So unless there is a gap under that support I would expect rates to stop there the first time down, should they get there.