Drosos said that Signet was behind the curve when it came to online sales going into the pandemic. The company only had 5% of sales coming from online. Signet now boasts over 20% online sales.

Let's go to the charts and see what they say.

In the daily bar chart of SIG, below, we can see that prices did not start a move to the upside until early August. The On-Balance-Volume (OBV) line led the way and started to rise in July telling us that buyers of SIG had become more aggressive. In September the advance picked up some steam as prices moved above the moving averages and the 50-day average line crossed above the 200-day line for a bullish golden cross signal.

The OBV line stayed strong into March and then turned flat. The Moving Average Convergence Divergence (MACD) oscillator was bullish into the middle of March and has been in a take profits sell mode.

In the weekly Japanese candlestick chart of SIG, below, we can see that SIG declined into early 2020 and then it took several months before the chart began to improve. Prices are now above the rising 40-week moving average line.

The weekly OBV line shows a long and bullish rise while the MACD is still bullish but very close to a possible bearish crossover.

In this daily Point and Figure chart of SIG, below, we can see a potential price target of $82. 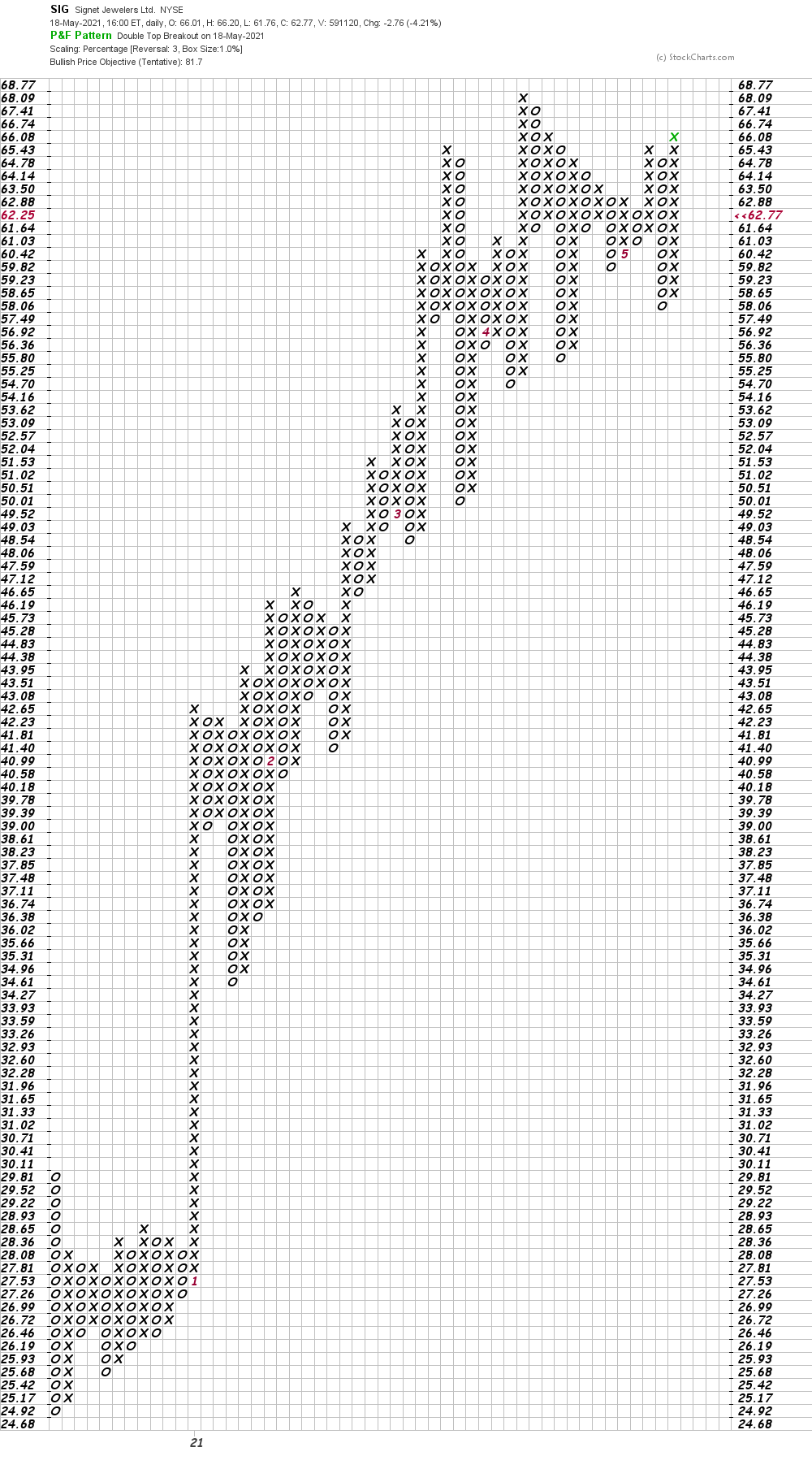 Bottom-line strategy: It sounds like SIG has done a lot of the right steps for a successful turnaround, but the stock price is likely to stall for several more weeks or even a few months before renewed gains to our target of $82. Longs should risk to $53.