With several new closing highs being achieved and the one-day McClellan Overbought/Oversold Oscillators yet to enter overbought territory, the action of the charts and improvements in market breadth cannot be ignored.

On the other side of the scale, psychology finds investors too bullish for our taste while valuation finds the S&P 500 more overvalued than previously.

All of the major equity indices closed higher Thursday with solid internals on strong trading volumes for both the NYSE and Nasdaq.

The S&P 500 (see below), Nasdaq Composite, Nasdaq 100 and S&P MidCap 400 made new closing highs while the Russell 2000 and Value Line Arithmetic Index closed above resistance. As such, all are now in near-term uptrends except the Dow Jones Transports staying negative. 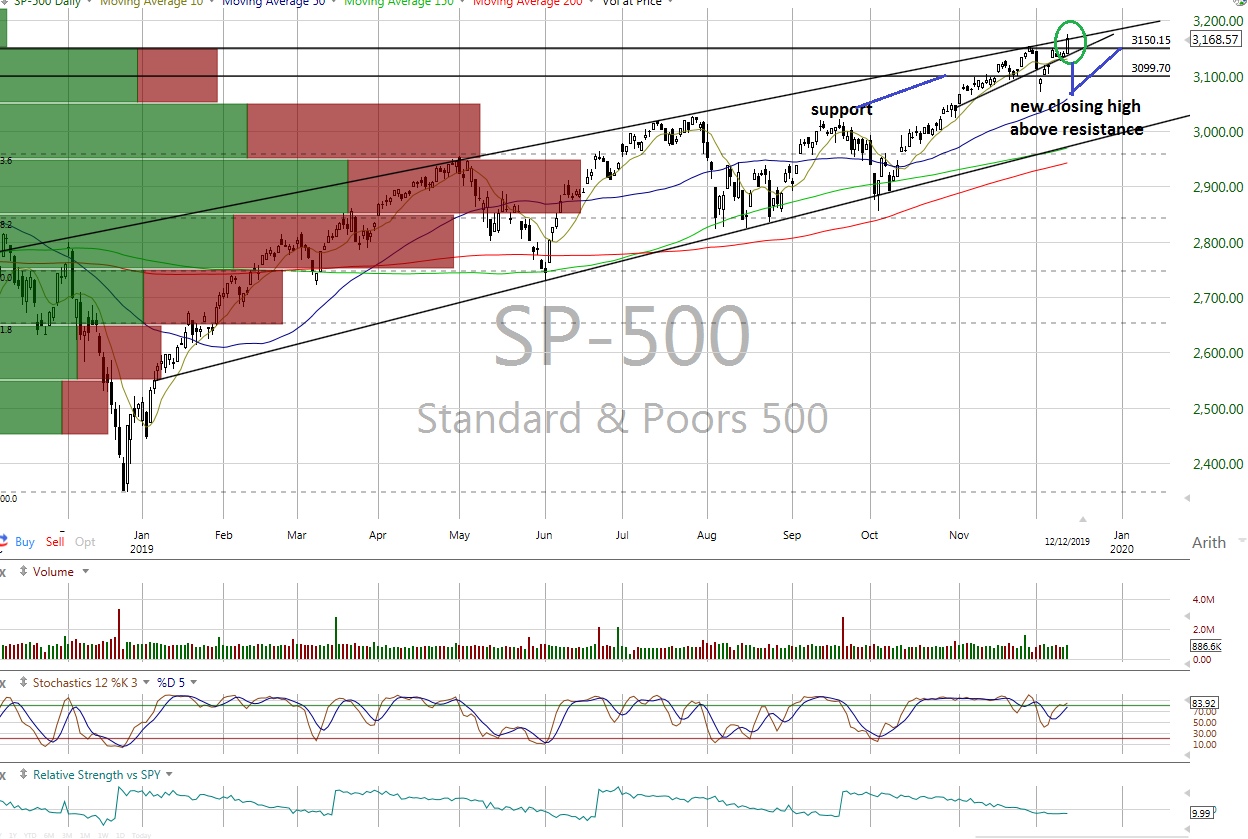 Some stochastic levels are overbought but have yet to flash bearish crossover signals.

The cumulative advance/decline lines for the All Exchange, NYSE and Nasdaq remain positive.

The VIX, which had presaged the recent two-day market swoon, is nearing support at the $13.40 level.

At this point, the vast bulk of the chart information is positive. We would be remiss if we were to ignore that fact.

Meanwhile, the Open Insider Buy/Sell Ratio is a neutral 33.6 but continues to see an increase in insider selling over the past several sessions.

Forward earnings estimates for the S&P 500 of $171.82 per share via Bloomberg pushed the index further into overvalued territory with an 18.4x forward P/E multiple while the "rule of twenty" finds fair value at 18.1x.

If we are to maintain an unbiased approach in monitoring the equity index outlook, the action on the charts plus strong breadth should not be ignored. Yet valuation and psychology remain a concern. Thus, we are shifting our near-term outlook to "neutral' from "negative."