Much of the anticipation ahead of the release of Facebook's (FB) white paper on its new cryptocurrency, Libra, has come to fruition upon the paper's publication Tuesday morning.

Shares of the social media giant jumped 2% in early trading Tuesday, building on a strong 4.24% advance Monday as the market awaited the release.

The new "stablecoin," which means it is pegged to a basket of stable existing currencies such as the dollar and the euro, allows users to buy and sell goods on the platform by use of a digital wallet that the system facilitates through its Calibra application.

"Being able to use mobile money can have an important positive impact on people's lives because you don't have to always carry cash, which can be insecure, or pay extra fees for transfers," CEO Mark Zuckerberg said in a public post on his Facebook profile. "We aspire to make it easy for everyone to send and receive money just like you use our apps to instantly share messages and photos."

WhatsApp and Messenger will be connected to offer seamless payments around the world at low or no cost in order to bring further accessibility to the effort, especially as WhatsApp remains overwhelmingly popular in underbanked regions like India.

"We think this is among the most important initiatives at the company and may be critical to commercializing the value of its messaging infrastructure," Loop Capital analyst Alan Gould said, highlighting the potential upside for investors.

The Trouble With Trust

The trust issue has been a flashpoint issue ahead of the white paper's release, with critics homing in on Facebook's past misdeeds, which, in the minds of many, makes it unfit to spearhead such a project.

This is especially problematic as many crypto enthusiasts seek to eschew reliance on mal-intentioned corporations and governments.

"FB has proven Calibra is exactly the cynical play we've expected," Maya Zehavi, a founding member of the Israeli Blockchain Industry forum said on Twitter Tuesday morning. "Libra is the formal move towards a corporatacracy, with its own currency and rules of engagement."

The killer aspect of Calibra is that they are at least transparent about the fact they intend to share aggregate data With FB. That implies aggregate data about transactions, balance, etc. No privacy expectations from the get go pic.twitter.com/xyS2cBJ1b8

However, it is worth noting that Facebook has explicitly looked to alleviate the concern in the long term, writing that the association itself is not involved in processing transactions and does not store any personal data of Libra users.

In order to further assuage this concern, Facebook will not act as hegemon over the project, and instead the currency will be backed by a consortium of 27 tech titans, which Zuckerberg said he expects to expand to 100 entities by launch in 2020. 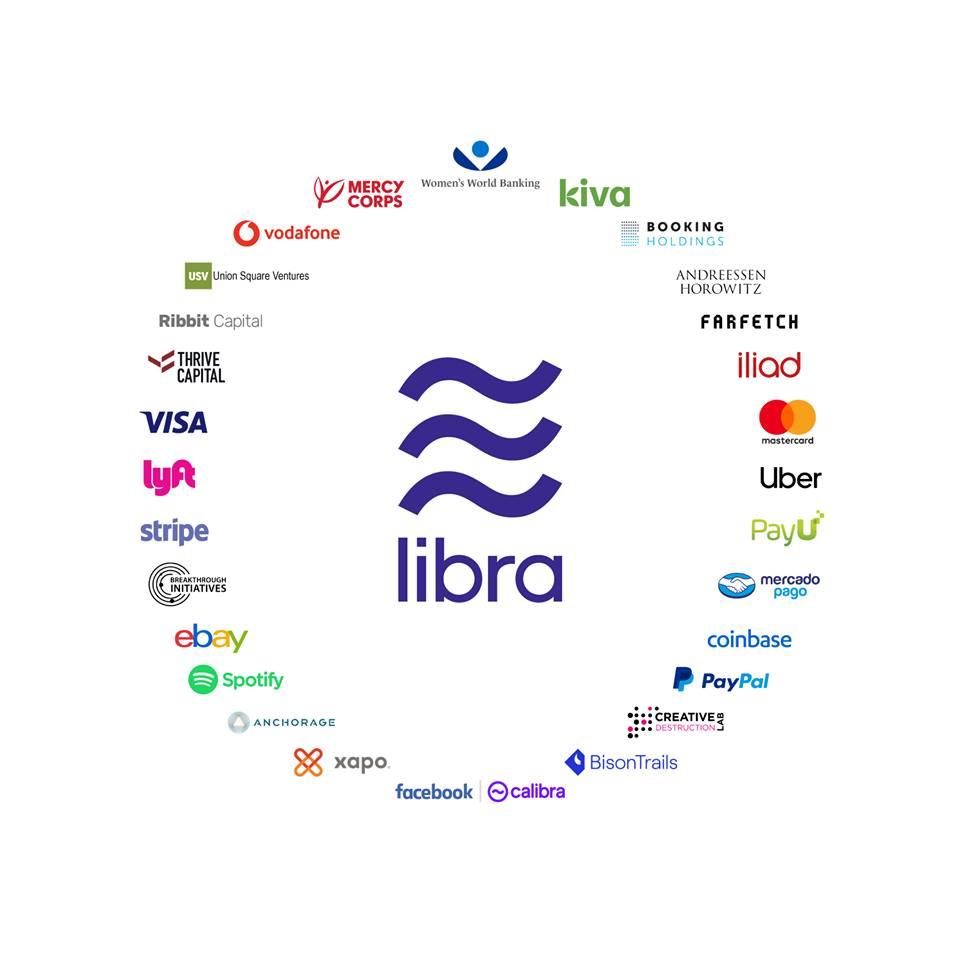 Additionally, the system will be backed by a blockchain called the "Libra protocol" that allows validators across authorities with program resources "owned by different user accounts authenticated by public key cryptography and adhere to custom rules specified by the developers of these resources."

"All of this is built on blockchain technology," Zuckerberg explained. "It's decentralized -- meaning it's run by many different organizations instead of just one, making the system fairer overall."

It is unclear when or how quickly new, non-corporate "validators" will be qualified once the association expands beyond its founding members which will serve as "initial validator nodes."

"Facebook teams played a key role in the creation of the Libra Association and the Libra Blockchain, working with the other Founding Members," a note explaining the governance structure adds. "While final decision-making authority rests with the association, Facebook is expected to maintain a leadership role through 2019."

In the near term, that footnote could draw the attention of regulators eager to curb internet control among tech giants such as Facebook, Alphabet (GOOGL) , and Amazon (AMZN) .

Bringing Banking to the Masses

The main aim of the Libra effort appears noble at least, attempting to address the underbanked and unbanked among Facebook's nearly 3-billion-person user base.

"Being able to use mobile money can have an important positive impact on people's lives because you don't have to always carry cash, which can be insecure, or pay extra fees for transfers," Zuckerberg said in a post on his public Facebook page. "This is especially important for people who don't have access to traditional banks or financial services. Right now, there are around a billion people who don't have a bank account but do have a mobile phone."

Libra documents estimate that nearly one-third of the world's population is unbanked entirely, while an even greater proportion does not have access to a stable currency. As such, users with access to the internet could be helped greatly by the effort which has the stated goal of alleviating poverty in affected communities and regions.

"Unlike the majority of cryptocurrencies, Libra is fully backed by a reserve of real assets," the white paper explains. "A basket of bank deposits and short-term government securities will be held in the Libra Reserve for every Libra that is created, building trust in its intrinsic value."

Additionally, its low-cost structure aims at eliminating fees and transaction costs that leave many at the fringes of the financial system.

With such a far-reaching issue, Facebook is cognizant that its new program is not a panacea, but with former PayPal (PYPL)  president David Marcus at the helm among a consortium of tech and finance leaders, and a massive user base to cater to, the company remains confident in its ability to make an impact.

"There's still a lot more to learn and do before Libra will be ready to officially launch. We know it's a major undertaking and responsibility -- and we're committed to getting this right."

Before launch in 2020, the market and consumers will certainly be probing to make sure Zuckerberg can fulfill his promises. For now, the optimism on the effort is certainly helping his company's share price.

(Facebook, Google and Amazon are holdings in Jim Cramer's Action Alerts PLUS member club. Want to be alerted before Jim Cramer buys or sells these stocks? Learn more now.)

Get an email alert each time I write an article for Real Money. Click the "+Follow" next to my byline to this article.
TAGS: Regulation | Currencies | Investing | Stocks | Banking | Software & Services | Technology | E-Commerce | Cryptocurrency | Stock of the Day