In Jim Cramer's game plan for this week he pointed out Skyworks Solutions Inc. (SWKS) as one name whose earnings should be strong. The company's numbers topped analyst fiscal first-quarter earnings estimates Thursday.  Also, its board approved a large share buyback plan and gave upbeat guidance with the onset of the transition to 5G mobile networks.

We last reviewed the charts of SWKS on Nov. 2 where we wrote that, "I do not mind an upside price target of $206 for SWKS, but I do mind a downside price target of $123 as that could precipitate a deeper decline. Raise sell stops slightly to $131." The shares stayed on the defensive for November but never got close to our sell stop of $131. A fresh advance began in early December.

Let's check on the charts again with SWKS up sharply in pre-market activity.

The trading volume has been stronger in recent days leading up to Thursday's report. The On-Balance-Volume (OBV) line has been strong since early December telling us that buyers of SWKS have been more aggressive.

The 12-day price momentum study shows equal highs in December and January, which is a small bearish divergence when compared to the price action. With prices poised to open with a gap higher this Friday this divergence will be ignored.

In the weekly Japanese candlestick chart of SWKS, below, we see a mixed picture. Prices are in an uptrend above the rising 40-week moving average line. The trading volume has remained steady in recent months at around 10 million shares per week.
The OBV line has chopped sideways since June but should now turn upward to confirm the price gains. The 12-week price momentum study has slowed since June but this bearish divergence is also likely to be ignored as prices surge higher.

In this daily Point and Figure chart of SWKS, below, we do not have the pre-market prices plotted. As of Thursday's close the chart was bearish with a potential downside price target. The chart does show that a trade at $153.96 will be a new low and that will be our new stop loss recommendation. 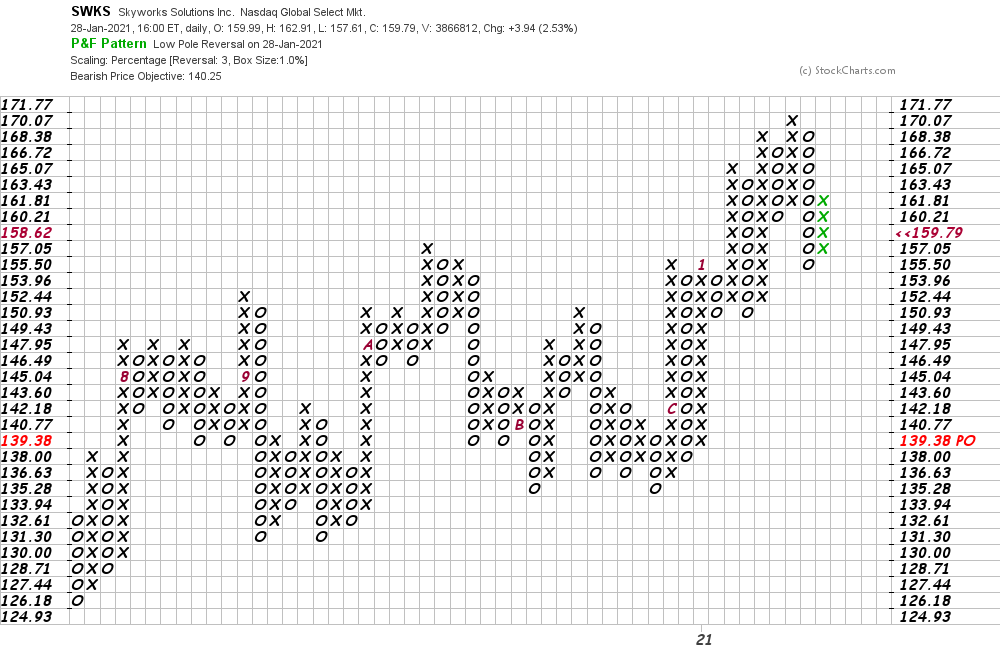 In this weekly Point and Figure chart of SWKS, below, we have an upside price target of $209 before today's early strength. 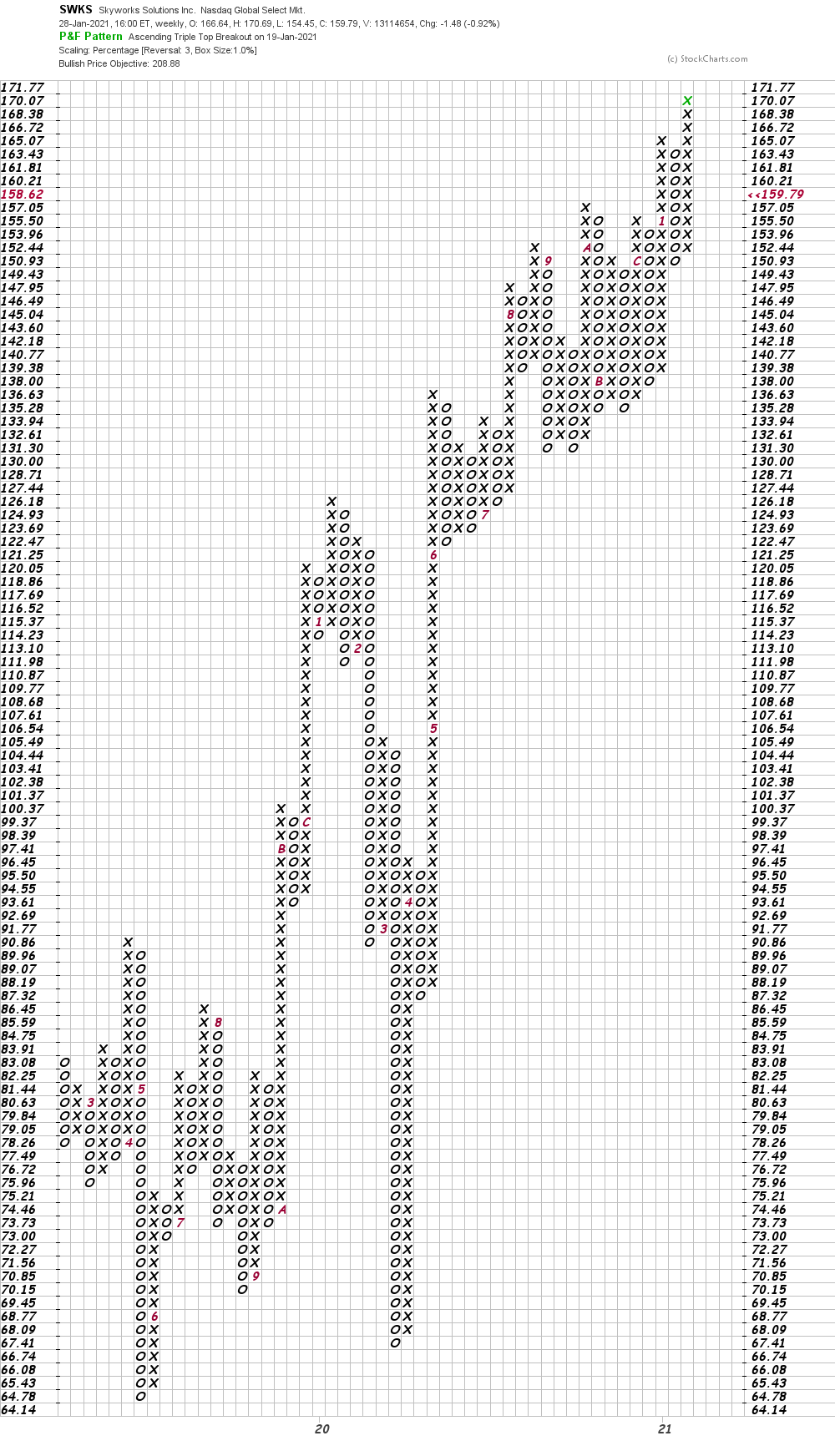 Bottom-line strategy: Friday is likely to be a strong session for SWKS. Expect a new high close. Longs should raise stop protection to $153 and price targets to the round number of $200 followed by at least $209-$210 after that ($210 would be a triple from the base around $70 -- see the weekly chart above).
Get an email alert each time I write an article for Real Money. Click the "+Follow" next to my byline to this article.
TAGS: Earnings | Investing | Stocks | Technical Analysis | Semiconductors & Semiconductor Equipment | Technology | Telecommunications | Mad Money