In his first "Executive Decision" segment of Friday's Mad Money program, Jim Cramer welcomed Dr. Luis Von Ahn to the show for the first time. Von Ahn is the co-founder and CEO of Duolingo (DUOL) , the online language learning app.

Von Ahn described Duolingo as a product-driven technology company that also happens to be the most popular way to learn new languages. The company has done very little marketing and simply uses word of mouth.

When asked about their business model, Von Ahn explained that it was important that Duolingo be universally available, which is why there's a free, ad-supported version of their courses.

I want to look at the charts to see what the technicals are saying right now.

In the daily Japanese candlestick chart of DUOL, below, we can see that we do not have a lot of price history to work with. Prices have traded around the 20-day and 50-day moving average lines -- shorter than our normal 50-day and 200-day lines.

The On-Balance-Volume (OBV) line shows strength from early October and that is a positive. The trend-following Moving Average Convergence Divergence (MACD) oscillator has declined from late September and is now below the zero line in sell territory.

In this daily Point and Figure chart of DUOL, below, we can see that prices have met a downside price target. A trade at $175.22 may be needed to improve this chart. 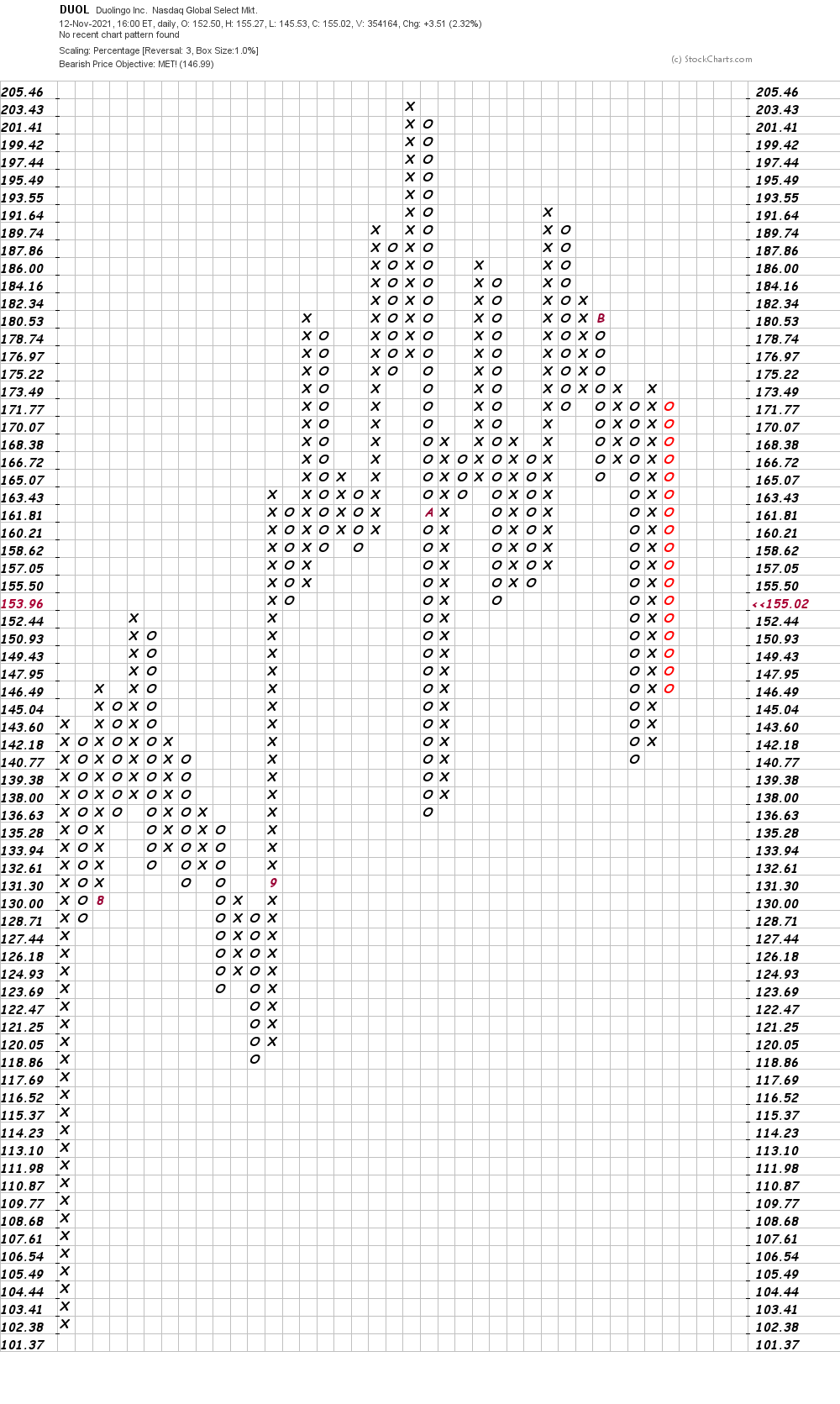 Bottom-line strategy: I don't have enough trading history to feel confident in recommending shares of DUOL. We will keep an eye on to see if an opportunity develops later.