The Lightning Round segment of Mad Money on Wednesday's program did not disappoint. One caller asked Jim Cramer about Citrix Systems Inc. (CTXS) . "They're consolidating right now but this is a good group," said Cramer about the software company that provides "server, application and desktop virtualization, and cloud computing technologies."

In the daily Japanese candlestick chart of CTXS, below, we can see that prices have performed well over the past 12 months. There was a correction from late January to the end of February but prices turned upward again ahead of the broader market low in mid-March. The 50-day moving average line is pointed up and is being tested from above. The rising 200-day moving average line was successfully tested back in March.

The On-Balance-Volume (OBV) line has been in an uptrend from August and now only shows a very slight dip. The trend-following Moving Average Convergence Divergence (MACD) oscillator has been in a decline and is close to test/cross the zero line.

In the weekly bar chart of CTXS, below, we can see that prices have just about doubled over the past three years. Prices are above the rising 40-week moving average line.
The weekly OBV line is in a longer term rise but shows some weakness the past two months. The MACD oscillator has been narrowing and could soon cross to a take profits sell signal.

In this Point and Figure chart of CTXS, below, we used daily price data, which shows a small downside price target. 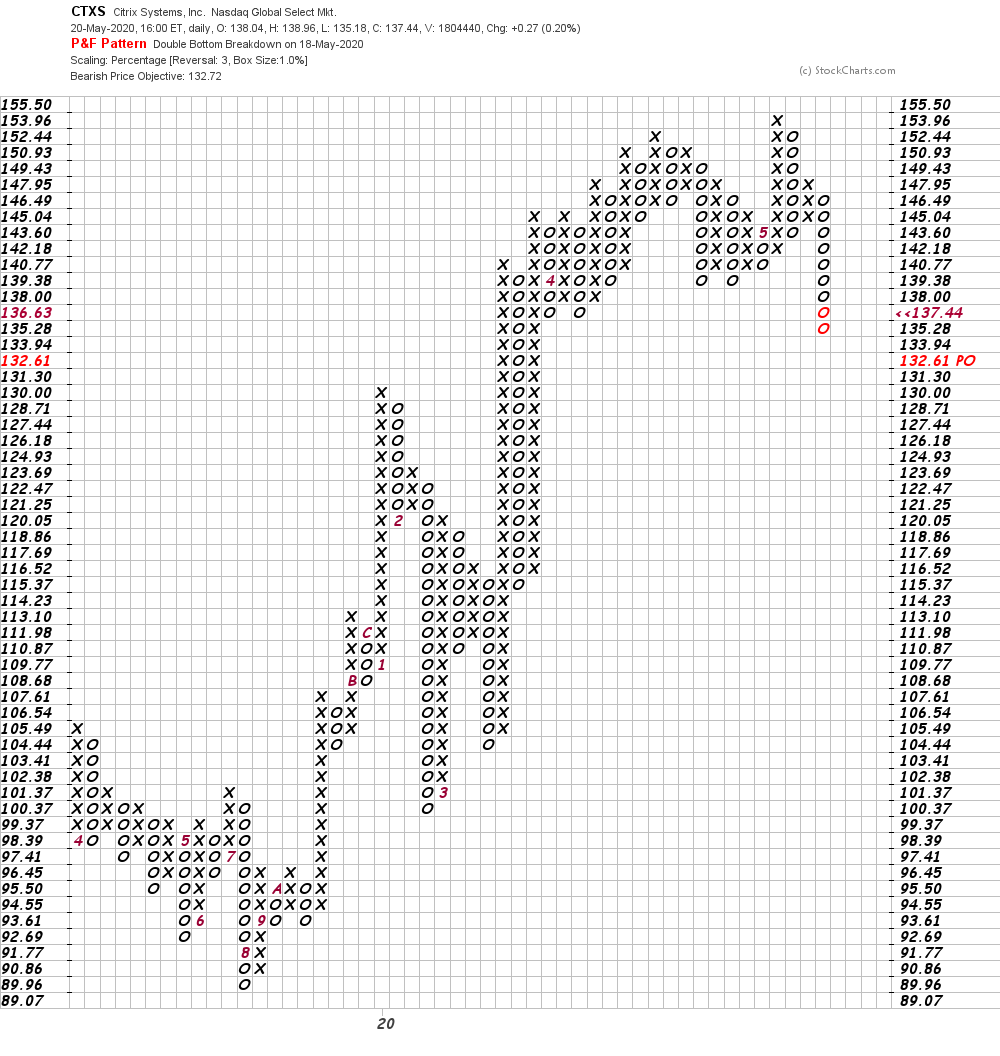 In this second Point and Figure chart of CTXS, below, we used weekly price data. Here a possible downside price target of $116 is being projected. 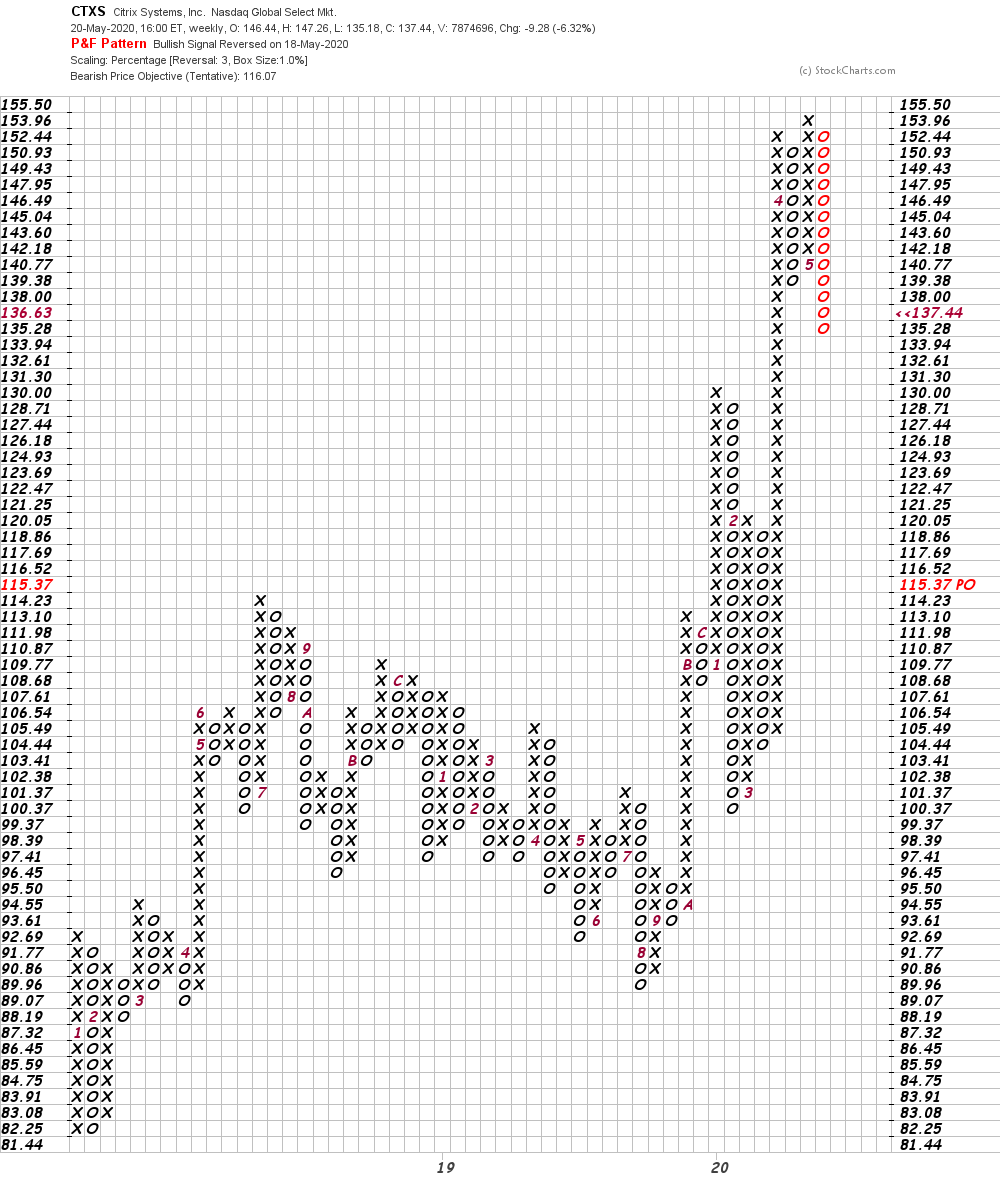 Bottom-line strategy: The charts and indicators of CTXS do not currently present a compelling bullish story. Prices look like they can weaken slightly on the daily Point and Figure chart but more so on the weekly chart. I recommend a defensive stance for now.
Get an email alert each time I write an article for Real Money. Click the "+Follow" next to my byline to this article.
TAGS: Investing | Stocks | Technical Analysis | Software & Services | Technology | Mad Money