CrowdStrike Holdings (CRWD) has reached the first price target I gave Oct. 13 where I wrote that "Traders could approach the long side of CRWD again but risk to $230 this time. The $289 area is our first price target." CRWD traded up to $297 so far Tuesday and thus reached our $289 target.

In the daily bar chart of CRWD, below, we can see that the shares broke their late August highs. Prices are above the rising 50-day and the rising 200-day moving average lines.

The On-Balance-Volume (OBV) shows only some slight firming so far this month. The Moving Average Convergence Divergence (MACD) oscillator is above the zero line and bullish.

In the weekly Japanese candlestick chart of CRWD, below, we still see a positive picture. No top reversal pattern. An uptrend above the rising 40-week moving average line.
A steady OBV line and the MACD oscillator looks ready for a new upside move.

In this daily Point and Figure chart of CRWD, below, we can see that prices have met and exceeded the $289 price target. 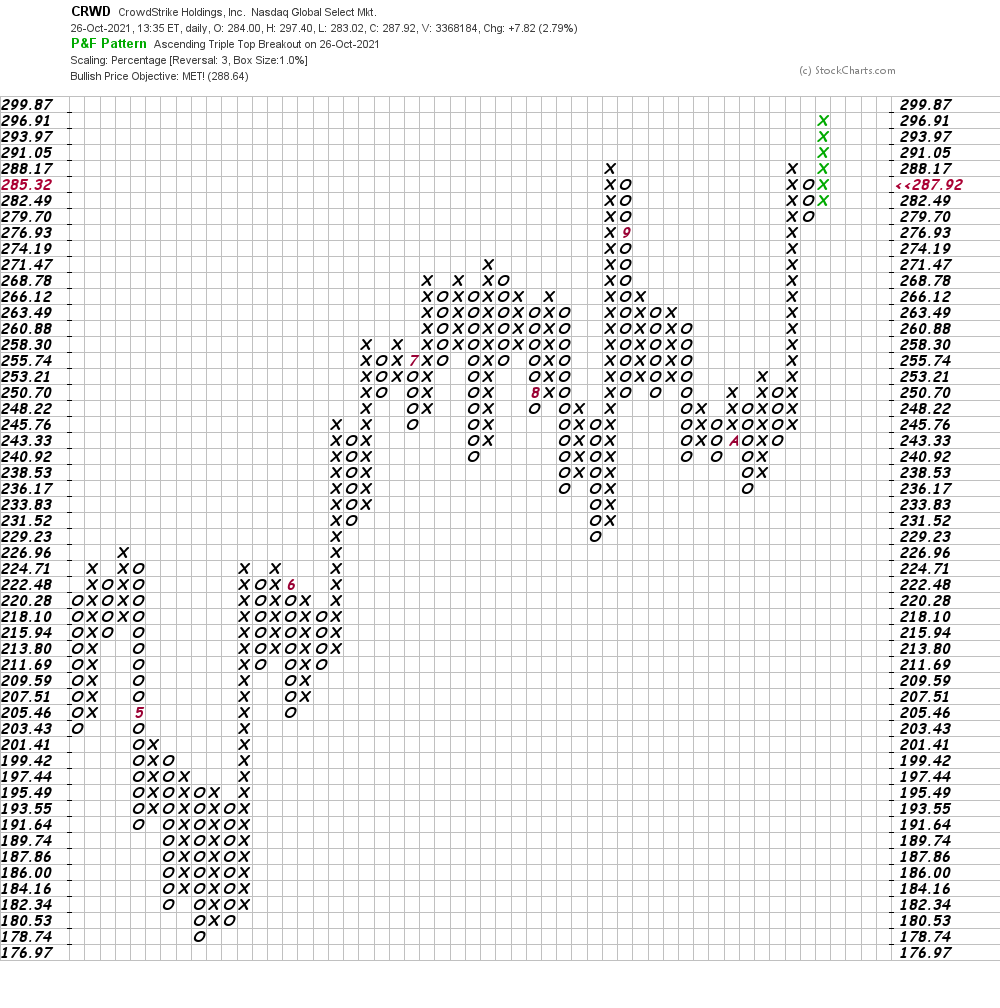 In this second daily Point and Figure chart of CRWD, below, we used the same data but only plotted closing prices. Here the price target goes to $375. Interesting. 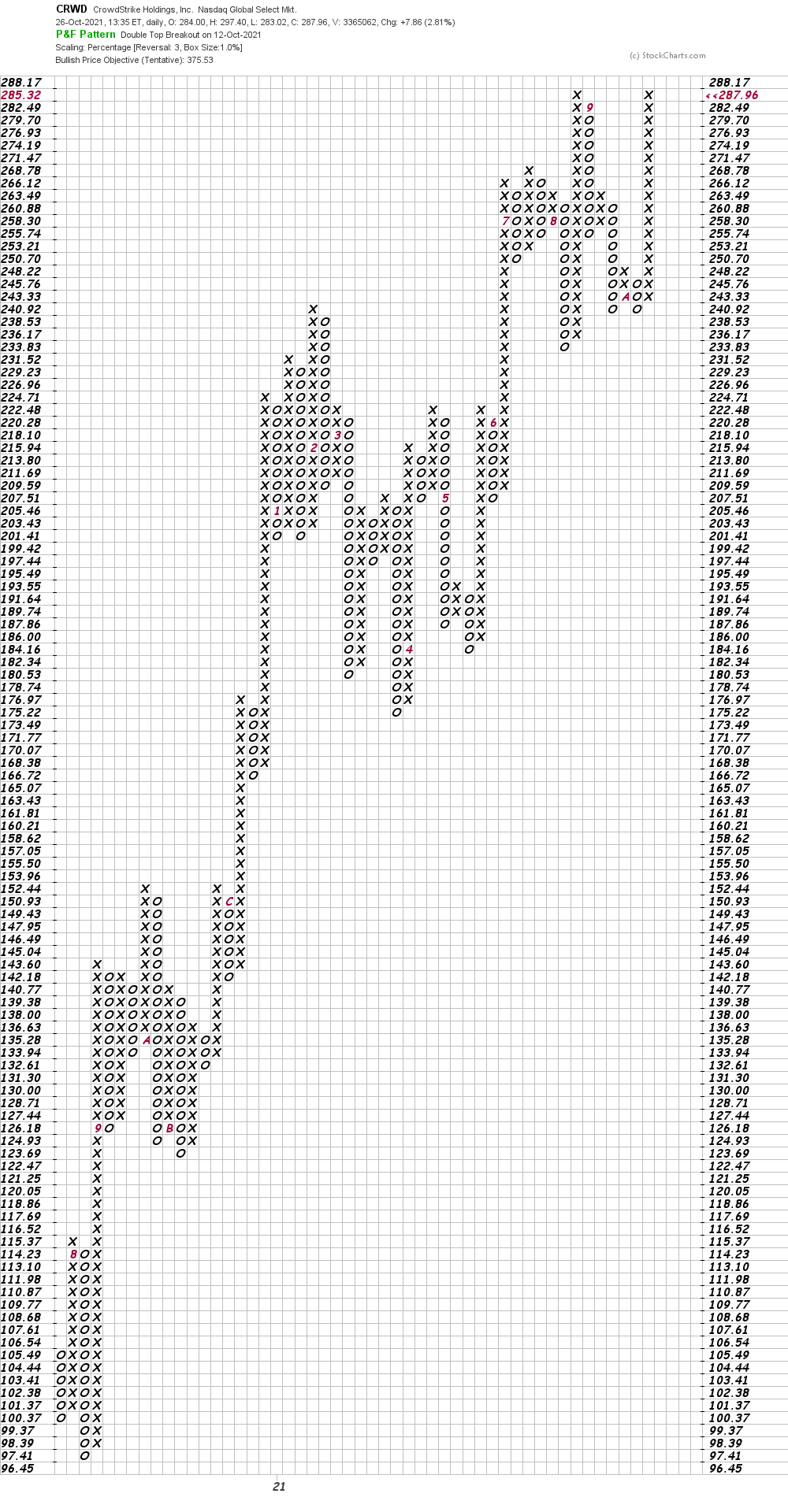 Bottom-line strategy: I actually got a few emails asking about CRWD today. After 48 years in "the business" I find the reason why clients ask questions is almost as interesting as the markets themselves. CRWD has retreated from its Tuesday morning high and some subscribers may want to take profits and that is okay. Strategy-wise I would raise stops to $275 from $230 to lock in some good gains. Prices may trade sideways a while before heading towards our $375 target. Prices do not move in a straight line.
Get an email alert each time I write an article for Real Money. Click the "+Follow" next to my byline to this article.
TAGS: Investing | Stocks | Technical Analysis | Cybersecurity | Software & Services | Technology