Wells Fargo & Co. (WFC) released its second-quarter numbers Tuesday morning and they were not pretty. The banking giant missed on the bottom line, sharply raised its provision for credit losses and slashed its quarterly dividend. Not good news even to a technical analyst. Let's check on the condition of the charts and indicators.

In this daily bar chart of WFC, below, we can see that prices have been struggling since January, or several weeks before the broad market decline got underway. WFC declined into late March and had only a limited recovery into April before sinking to a new low for the move down in May. Another rebound can be seen into early June to a slight new high, but most of those gains were given back ahead of earnings here on Tuesday morning. WFC is trading below the declining 50-day moving average line and the declining 200-day moving average line.

The trading volume has been heavy since early March, but the movement of the On-Balance-Volume (OBV) line has been telling. The OBV line declined from December to late May, telling us that sellers were more aggressive. The OBV line has made a small recovery into June but not enough to move the needle. The Moving Average Convergence Divergence (MACD) oscillator moved above the zero line temporarily in June and is now back in a sell mode.

In this weekly bar chart of WFC, below, we can see that prices have been in a downtrend for most of the past three years. Not the kind of picture we like to see. Prices are below the declining 40-week moving average line. The weekly OBV line made a new low for the long move down in June. The MACD oscillator crossed to a cover shorts buy signal in late May, but that signal could get reversed in the weeks ahead.

In this daily Point and Figure chart of WFC, below, we can see a downside price target in the $23-$22 area, but that does not mean we will see buyers come in a strong way. 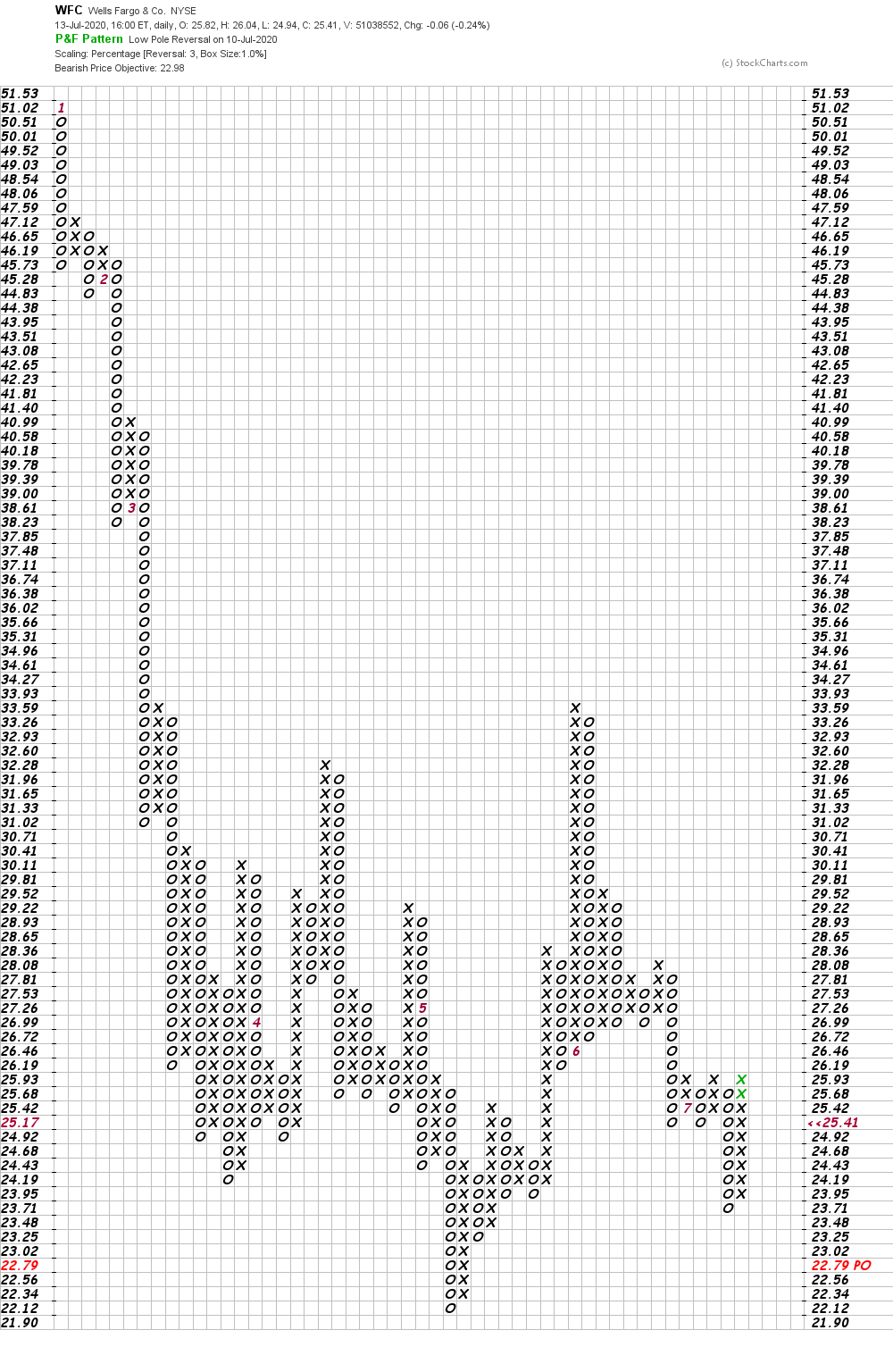 Bottom line strategy: Not all banks are created equal and not all banks trend in the same direction. WFC has been weak for a long time now and the charts do not suggest a turnaround at this point in time. Avoid.