Do you ever watch a movie that has no closure? You know what I mean. You really want to know whodunnit and they leave you hanging at the end. Or, it's the end of a season for a series, and one of the main characters gets shot and you are left to wonder if they will be back next season. Well, the latter is more palpable to me than the former, but both are unresolved.

And that was the stock market on Thursday. I really thought that the Russell 2000, having been red for seven of the last nine trading days, could see a gap down opening and maybe break that uptrend line and we'd get some panic. Or we'd get some positive divergences. But we didn't.

We had more new lows on Nasdaq than we had last week. They now number 182. Let me remind you that Nasdaq is pennies away from an all-time high and there are almost 200 stocks making new lows. A few weeks ago, I complained that we couldn't get more than 200 new highs. That means there was no positive divergence.

So, instead we got folks desperately bottom fishing. That leaves the chart of the Russell 2000 fund (IWM) sitting there, hanging on by a thread.

The Invesco QQQ exchange-traded fund (QQQ) also held its line. And it did so with an increase in volume, which often means it should bounce. But the underlying statistics remain poor. 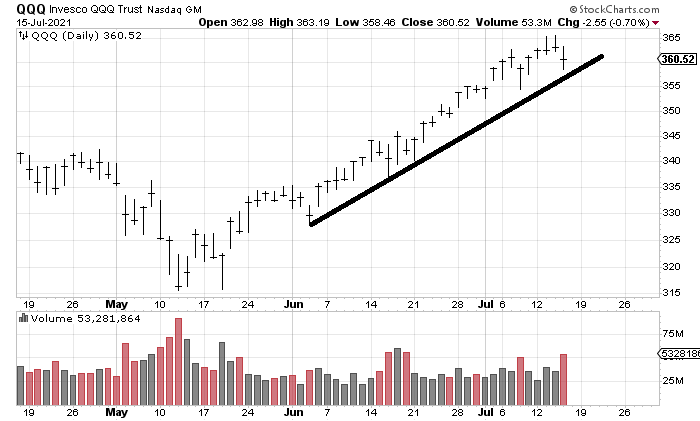 What I can note is that the Oscillators are getting quite oversold now. But even in this world where the S&P 500can't manage a correction anymore at least the prior oversold conditions saw some downside for a few days.

On the sentiment front, the American Association of Individual Investors (AAII) saw bulls come down four points, which means they are now near their lowest level in about a year. It is however the only survey that has moved in this direction. Yesterday, I noted the Investors Intelligence bulls are 61%. 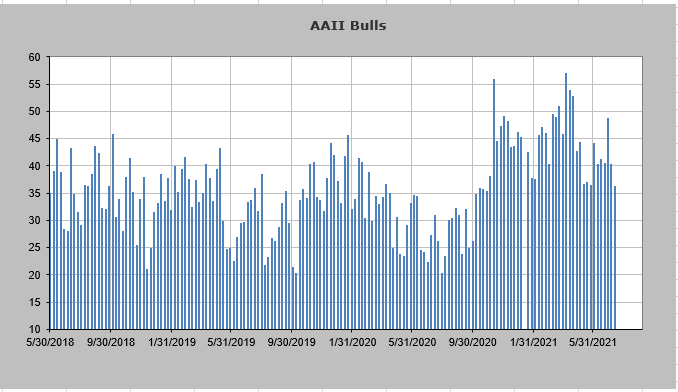 The National Association of Active Investment Managers (NAAIM) saw their exposure rise over the last week. I was surprised, but they are back at 92. That does not leave much more room to run on the upside. 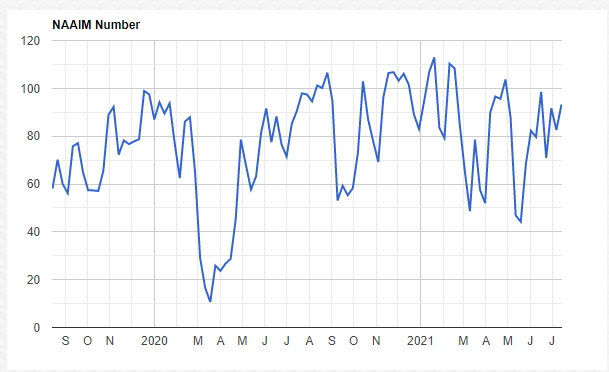 The put/call ratio did finally tag .90. Barely. It took all day to get there. But the ISE Ratio, which is a call/put ratio, looks quite different than the CBOE's put/call ratio. Take a look at the 10-day moving average (blue line) and how far it has come down since June. I think you can see that typically when this peaks the market tends to correct, but this time it peaked and the S&P 500 rallied 4%. Recall we saw the same situation with breadth yesterday. Highly unusual. 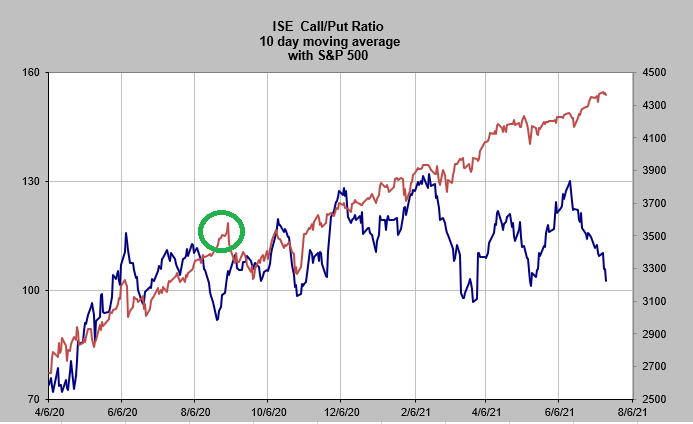 In the last year, each time this indicator has come down to the 100 area and turned up, it has coordinated with a low in the market. But that low has come after a correction, even if it was a small one. The only other time we saw a similar type move to now was late last August (green circle on the chart) when the indicator plunged while the S&P ramped upward.

I'll call Thursday unresolved, like a movie that leaves you hanging. Oversold enough to bounce, but not much of anything else to hang your hat on.